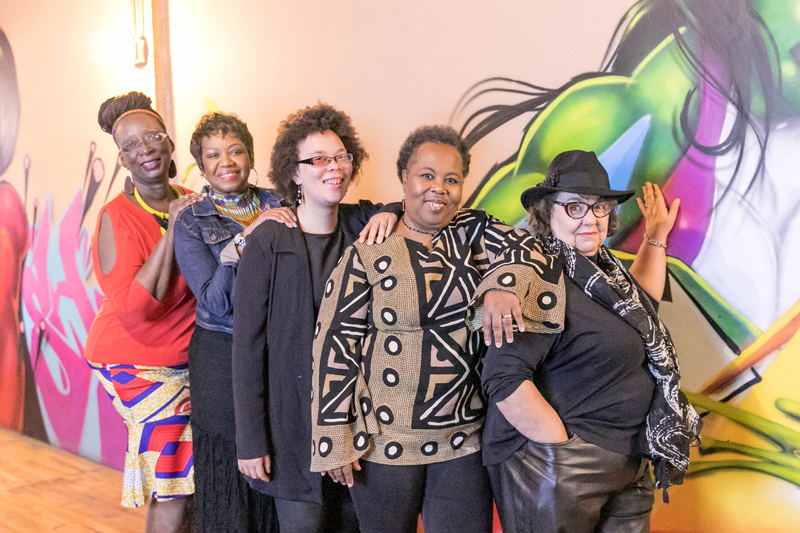 Recently, For Love of Writing, an African American led writing group with a diverse outreach for professional and creative development opportunities on Chicago’s South Side, awarded a $500 scholarship to support Black student initiatives at Roosevelt University.

The award is named for Pauline Lampkin, an educator, writer, FLOW member, and Beverly/Morgan Park resident who passed away in 2015. Lampkin received her undergraduate degree from Roosevelt University.

Barnes explained that FLOW authors decided to honor Lampkin’s passing by assisting students monetarily in her name. They inquired at the Chicago Public school where Lampkin worked, but found it was difficult getting students to participate in a merit-based award during their senior year. The group contacted Roosevelt University, where Lampkin attended school as an undergrad.

“It was a process, and a struggle to maintain our commitment, particularly after we were hit by a pandemic,” Barnes said. However, working with Johnson and Roosevelt Vice President of University Advancement and Marketing Nicole Barron provided a solution.

“As someone who attended high school with Pauline’s children at South Side Prep/Gwendolyn Brooks, I was grateful for the opportunity to continue her legacy. Knowing there is a someone out there who has a chance to continue their education Pauline’s name warms my heart,” Roberts said.

Derrick Lampkin Sr. said his wife would be very honored by anything positive that helped Black students make it to the next level. Lampkin Sr. has been helping youth continue with their educations via financial assistance.

Derrick Lampkin Jr. added that his mom “loved to teach. She made her lessons interactive, and her students loved her.”

Laughing, he remembered a chance meeting with one of Pauline’s former students. “Her students would approach me all the time, and this one time, this guy said to me, ‘Oh your mom taught at Brooks? I had her as a teacher. She gave me a D in class, but I loved your mom.’ She poured all that she had into her students to help them get to the next level.

“As far as giving money in her name, education was something that she was definitely big on. So, for someone to excel and be able to get to the next level in her name, she would feel honored,” Derrick Jr. continued.

“She had a passion for forensics science,” Michael Lampkin said of his mother. “Like my brother said, she was definitely excited to teach. We had two large tables in the house, and they were filled with her lesson plans for the year or the next day. Teaching forensic science was a joy for her. Watching her students excel was like watching us excel,” Michael said.

“All of her family was rooted in education, Derrick Sr. said.

The youngest of four girls, Lampkin followed her sisters Patricia “Pat” Holder, Lucille Freeman (who is a founding member of FLOW), and Roberta Fields into education. She entered education through the Teachers of Chicago program.