VIA: Working Together for Common Good 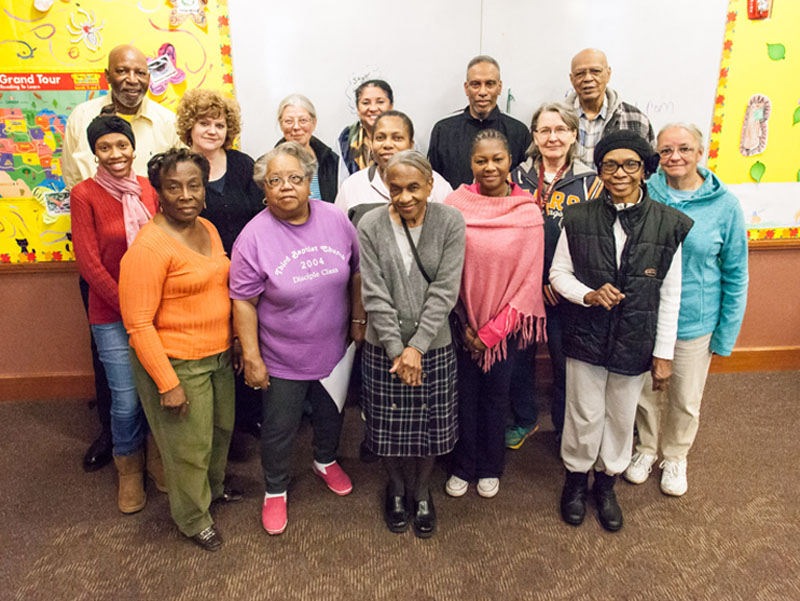 The area between 95th and 99th Streets, from Charles to Wood Streets is organized by the Vanderpoel Improvement Association (VIA), a civic association with the goal to be the “Voices in Action” for their area of the neighborhood.

Gary Jenkins, VIA president, was just elected to his second term. “I’m a newbie with the VIA; I really admire the people who’ve been doing this a long time,” Jenkins said. “These folks have kept VIA going for, and they are the people who come out and do great things for the community.”

Jenkins has always been proud to serve his community, and he’s done so in every community he’s lived in. Originally from the East Coast, Jenkins and his wife Sharon moved to Chicago 17 years ago, and to Beverly/Morgan Park 14 years ago.

“I’m a strong believer that a neighborhood is made up of its small parts. All civic associations help keep the neighborhood safe and a great place for kids and families,” Jenkins said. “People make the neighborhood; the more you’re involved in your neighborhood, the better it’s going to be. It’s something I want to do as often as I can.”

VIA membership costs $10 per year. Jenkins and the rest of the VIA committee work hard to get the word out about their services to the community, particularly new neighbors. “We have a roster of new neighbors from BAPA; last year we knocked on the doors to meet the new neighbors and offer VIA membership. We may try to put together some welcome packets this year to include copies of local newspapers and lists of schools and other important information,” he said. Last year, the group went door-to-door throughout the 300-home service area to introduce themselves and bring awareness to the VIA.

A big part of VIA’s community outreach was the VIA Resource Extravaganza held in August at Vanderpoel Elementary School, 95th and Prospect. “This was a way for the community to meet local businesses and schools,” Jenkins said. “We hope to have it at least every other year.” Despite the storm that rolled through, Jenkins said the event was a great success. The children enjoyed face painters, a jumpy house and a visit from the fire department, and everyone enjoyed a variety of refreshments.

Another big VIA project was getting medallions installed on Charles Street, Vanderpoel Avenue, and Prospect Avenue to identify the VIA boundaries. Jenkins said this was a point of pride for the neighborhood.

This month, the VIA is working with the 22nd police district on their Snowman’s Ball luncheon to help local families in need. As a CAPS facilitator, Jenkins heard about this event. The VIA collected donations to give to the Snowman’s Ball organizers, and Jenkins worked with Vanderpoel Elementary School to identify students in need to benefit from the luncheon.

Anyone within VIA’s boundaries who would like to learn more and get involved, email VIANeighbors@yahoo.com.