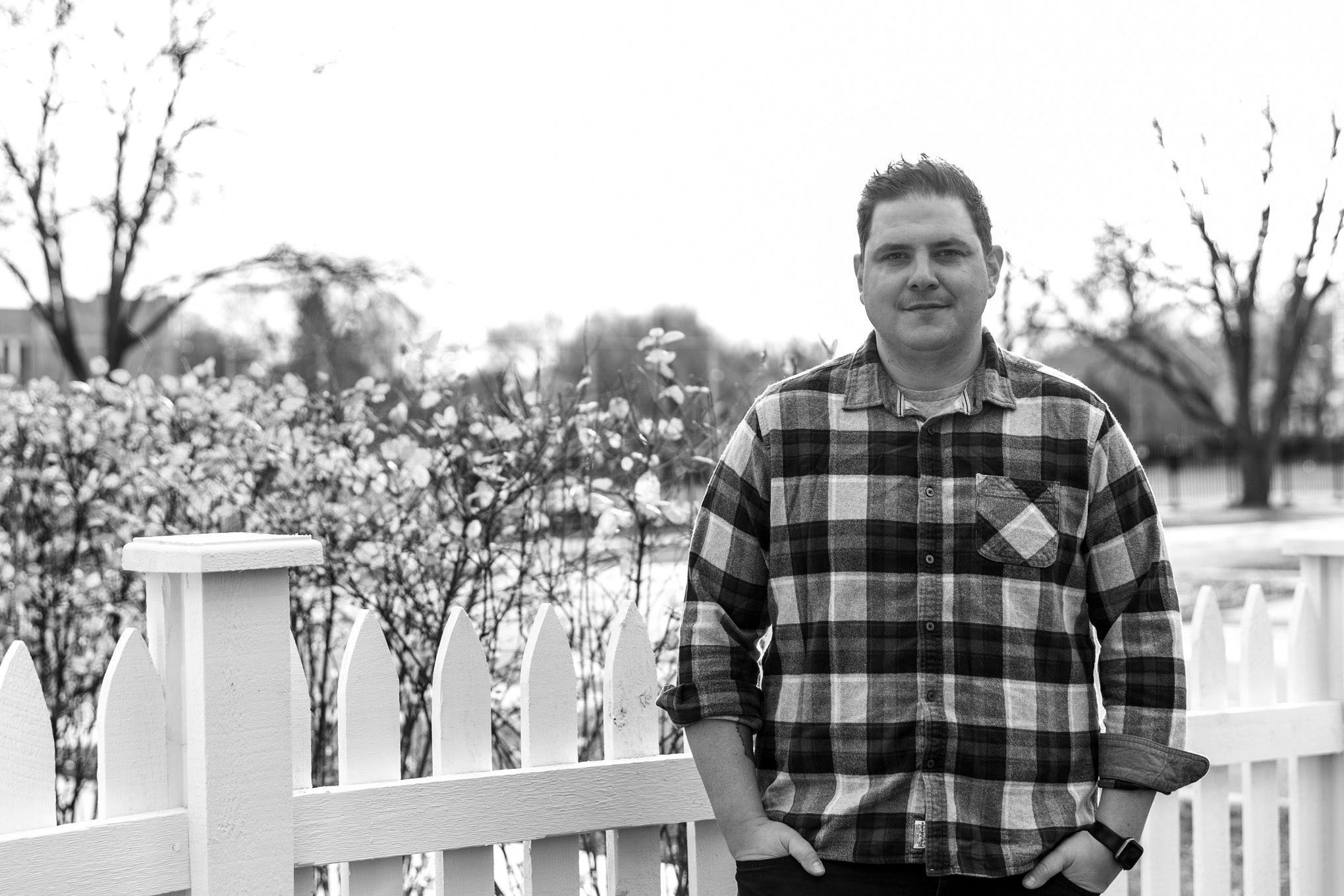 The winner of Week 12 – a private dinner prepared by Top Chef Joe Flamm — will be thrilled not just with the food, but with the company. Flamm has an amazing love of food traditions that bring people together around a meal as the centerpiece of celebrating connection.

Flamm’s path to success began in Ashburn where he grew up, and came full circle back to the South Side when he and his wife, Beverly/Morgan Park native Hillary Delich settled in North Beverly two years ago. It was a move that put them in close proximity with family (Hillary’s parents and Joe’s mother live in the neighborhood) and provided the sense of community the couple wants for their son Luca, who will be two this month.

Family and community are priorities for Flamm who learned to love cooking and food traditions as a child, helping his Grandma Mary, now 91, in her kitchen. Grandma Mary’s parents came from Italy, and Flamm said they didn’t have much but tradition and recipes. “I always loved the traditions and the holidays,” Flamm said. “… making ravioli for Thanksgiving and the feast of the seven fishes for Christmas. That’s how I came up. I feel really grateful for that.”

Flamm got his first restaurant job when he was 15.  “I instantly fell in love with the energy of being in a restaurant, and the sense of belonging,” he said. Early on he decided he wanted to own a restaurant someday. Not knowing anyone in the business who could guide him to his dream, he enrolled in college for accounting. He planned to go to law school, become a lawyer and make enough money to open a restaurant when he was 50.  About half–way through college, he realized that was a flawed plan, so he dropped out and enrolled in culinary school.

“A week later I started my first real cooking job at Table Fifty-Two on the Gold Coast,” he said. He went to culinary school Monday through Friday, 8 to 4, then headed straight to the restaurant to work. On Saturday and Sunday, he worked doubles.  “All I did was cook . . . I was hooked.”

Flamm was on a trajectory for success.

“Chicago’s one of those cities where the food scene is so good, it’s a city with a lot of great chefs,” he said. He had the opportunity to work with some of those chefs: Art Smith at Table Fifty-Two, Stephanie Izard at Girl and the Goat , Bill Kim at bellyQ, and Tony Mantuano at Michelen-starred Spiaggia and Café Spiaggia.

When he was working as executive chef at Spiaggia, there was a casting call in Chicago for Bravo’s Top Chef. “I didn’t go,” Flamm said. “I didn’t even know about it.”

Serendipity being what it is, the show’s producers called Chef Mantuano; they were disappointed in the talent that showed up for the casting call and asked if he could recommend chef for them to interview. “He told them, ‘Sit down with my chef Joe. I think you’ll really like him,’” Flamm recalled. Then Mantuano called Flamm at the restaurant. “He said to stay there. The show producers were on their way to the restaurant to meet me.”

That meeting was the catalyst for a nearly four–month process that culminated with Flamm being chosen for the TV cooking competition. “They called and said, “Pack your bags.” Flamm spent two months in Colorado, spending all day cooking at the highest level, winning day after day until he was named Top Chef season 15. “Top Chef is kind of a crazy experience; a weird and rigorous competition. I made friends for life,” he said.

He also made a name for himself as a chef.

Flamm’s next big thing is opening his restaurant, Rose Mary (named for his two grandmothers), in the West Loop in 2021. Flamm will be serving Adriatic cuisines from the food traditions of Italy inspired by his family, and Croatia, inspired by Hillary’s father, Lou Delich, who is Croatian. The two cuisines have a lot in common.

“Italy and Croatia are not far apart geographically so the cultures are intertwined,” Flamm said, adding,

“You marry into a culture. It becomes your life and your child’s life. So much of culture is about cuisine.”

The winners of BAPA’s 12 Weeks of Christmas final raffle have a lot to look forward to, but there are no sneak previews. “I always like planning the dinner with the person,” Flamm said. Of course he does.

Tickets for the last four offerings in BAPA’s 12 Weeks of Christmas Raffle are $20 each and available at www.bapa.org.