You are here: Home / The Villager / philanthropy 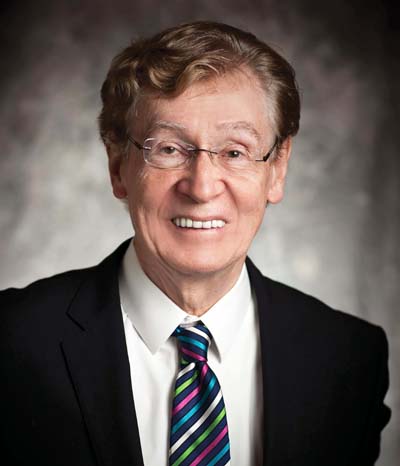 A generous matching grant from the Richard H. Driehaus Charitable Lead Trust and an equally generous response from our community will enable BAPA to expand on its back-to-basics work in the community. In January, BAPA will add a staff member dedicated to working with neighborhood schools and on public safety initiatives.

Thanks to this important gift of funding and confidence in our work, BAPA will start 2017 fully staffed and ready to expand its grassroots program areas that cover all elements of the organization’s mission.

In recognition of the matching grant and appreciation for his support of BAPA and the Beverly/Morgan Park community, Richard H. Driehaus will receive the 2016 Beverly Area Planning Association Community Service Award.

“We are so grateful to Mr. Driehaus for not just his generous gift, but for his belief in BAPA’s work and his faith in the important role our organization plays in the community,” said BAPA Executive Director Margot Holland.

“The Richard H. Driehaus Charitable Lead Trust generally only supports organizations that are successful in carrying out their missions in a meaningful manner,” said Thomas Chomicz, BAPA Vice President, emphasizing the importance of the gift as an affirmation of BAPA’s success in serving the Beverly/Morgan Park community.

Born and raised in Chicago, Mr. Driehaus has longtime ties to our area, and has supported local organizations including St. Margaret of Scotland Church and Saint Xavier University with transformative gifts. His philanthropic and community service-oriented projects support organizations throughout Chicago, as well as nationally and internationally. Gifts to BAPA have strengthened programs in historic/architectural preservation as well as community-building initiatives.

In recognition of his outstanding accomplishments and commitment to philanthropy and humanitarianism, Mr. Driehaus has received numerous local, national and international awards and honors.

A check for $16,000 was recently presented by Berkshire Hathaway HomeServices Biros Real Estate President Bill Biros to Capt. Anthony Simone, an airman who was injured while serving in Afghanistan. At the ceremony, Capt. Simone and his family received the check as well as the keys to a specially adapted home provided through the Homes For Our Troops (HFOT) organization.

“We are delighted to have this opportunity to give back something to those who have given so much to protect our freedoms,” Biros said. “We help families find their homes every day, but knowing that our efforts have helped a military hero receive a mortgage-free home that has been adapted to his needs is very gratifying. This will help him and his family focus on his recovery, embark on a new career and return to their lives.”

On June 9, 2010, Capt Simone was on his third deployment when he sustained a traumatic brain injury in a helicopter crash near Sangin Helmand Province, Afghanistan. Capt Simone was the co-pilot of a Combat Search and Rescue Helicopter when he was shot down while attempting to land to rescue an injured service member.

Capt. Simone’s new home features more than 40 major special adaptations such as widened doorways for wheelchair access and a roll-in shower, and kitchen amenities that include pull-down shelving and lowered countertops. These adaptations alleviate mobility and safety issues associated with a traditional home, such as navigating a wheelchair through narrow hallways or over thresholds, riding on carpets and reaching for cabinets that are too high.

HFOT is a national nonprofit organization that builds mortgage-free, specially adapted homes nationwide for severely injured Veterans Post-9/11, to enable them to rebuild their lives. The Veterans have sustained injuries including multiple amputations, partial or full paralysis, and/or severe traumatic brain injury. For five consecutive years, HFOT has received a 4-star rating for sound fiscal management and commitment to accountability and transparency by Charity Navigator, America’s premier charity evaluator.

Berkshire Hathaway HomeServices Biros Real Estate, 3580 W. 95th St, Evergreen Park, is again earmarking $100 from each closed transaction written between Memorial Day and Veteran’s Day in 2016 for HFOT. It is an independently owned, full-service real estate agency serving the southwest Chicago communities of Beverly/Morgan Park and Mt. Greenwood, as well as Evergreen Park, Oak Lawn and surrounding southwest suburbs since 1982. Visit www.birosrealestate.com, email at info@birosrealestate.com or call us at 708-422-0011.