You are here: Home1 / The Villager2 / #memberspotlight

BAPA’s work could not be accomplished without the support of our resident and business members. The following people shared some of their thoughts about why making their annual membership donation is an important part of what they do for the community, and for their own quality of life as Beverly/Morgan Park neighbors. You can learn more about becoming a BAPA member on our website https://bapa.org/support-bapa/ or by calling the BAPA office, 773-233-3100.

“We moved to the Beverly area five years ago, with little knowledge of and few connections to the neighborhood. As we considered different areas to put down roots, Beverly became a frontrunner in part due to the work of BAPA. We began hearing about things like the Ridge Run, home tours, parades and other neighborhood festivities. For us, this evidence of local community involvement was exciting and exactly the type of neighborhood environment we wanted. Five years later, as the co-owners of a new local business, Two Mile Coffee Bar, the work of BAPA is just as important to us. We opened Two Mile to improve and enhance our neighborhood – and BAPA helps us get that message out and connect with our neighbors. BAPA provides a valuable service to the neighborhood. It’s a platform for community involvement and interaction. It’s an advocate for helping voice and solve real community issues. It connects people who care about where we live and want to make it a better, even more beautiful place to live.” 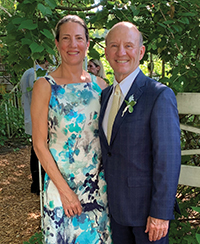 “Organizations like BAPA work to encourage community participation at every level and provide support for a variety of important neighborhood initiatives. It’s important work; great places to live and raise a family don’t happen by accident. The support for community events from the Ridge Run to promoting the local retail and food businesses are vital to helping keep our neighborhood strong and vibrant. One of the most important events BAPA sponsors is the annual Home Tour which provides an excellent opportunity for visitors to see all that Beverly has to offer and why newcomers and longtime residents love where they live!” 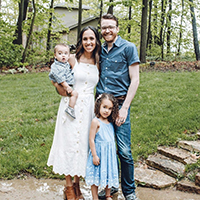 “We moved here 4 years ago because of the strong community that makes truly makes Beverly/Morgan Park a neighborhood. We support BAPA because BAPA supports us and our neighbors! It provides both residents and visitors alike examples of how the community comes together for great events such as the Ridge Run and Bikes & Brews, instilling a general sense of pride in our community. We see BAPA as continuing to build on its history of strengthening our community by being a resource for homeowners. We love where we live!”

It may be an old saying, and a trite one at that, but for Ayanna McClain, an 8th grader at Christ the King School, the third time really was the charm.

Ayanna, an outside hitter for both Christ the King and Chicago Elite’s club volleyball team, had dreamed about attending the Girls Future Select camp for years, ever since a teammate told her about the program, but it seemed like it wasn’t to be.  The first year she tried out she was cut during tryouts, and then when she did earn a spot the second year she wasn’t able to attend after scheduling conflicts arose.  But this year, she finally made it, and Ayanna was on her way to Nashville.

The Girls Future Select program is an elite training program for young volleyball players across the country, an offshoot of USA Volleyball.  Each summer thousands of girls tryout for the chance to participate in the five day camp that bills itself as an opportunity to advance in the US National Team pipeline.

For Ayanna, the high level of play and competition was new but, “it was comforting, took my mind off the fact that I was being evaluated,” she said.

At camp Ayanna and the other players followed a strict routine: warmups and drilling skills like passing, hitting, blocking and serving in the morning, a break for lunch, then classes on motivation and nutrition, followed by more drills and scrimmages.

“I wasn’t used to that level of competition, but it was good competition” Ayanna said.  “Physically, knowing that I just played against girls from all over the country was huge, skill–wise I improved, but also I figured it really helped mentally.”  For Ayanna, that mental aspect was the biggest part of improving her game.

As she is starting the new school year and a new season of volleyball, Ayanna said that everything about camp — the intense drilling, the atmosphere, the new friends — was exactly what she needed to up her game, and that she can’t wait to go back next summer.