Sutherland School 8th Graders Stand Up for the Future 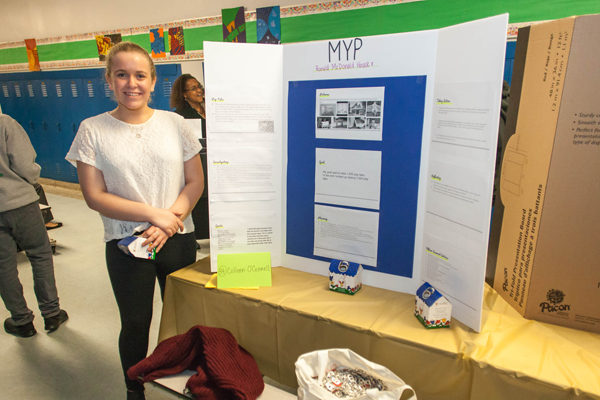 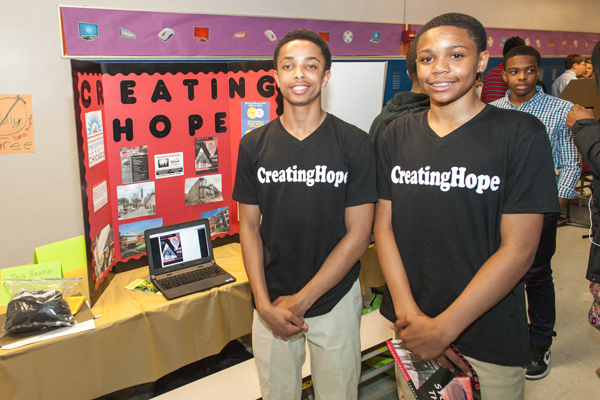 If you could change one thing about your community, what would it be?

Eighth graders in the Sutherland School Middle Years International Baccalaureate program asked themselves that question during a year of inquiry capped by the Community Service Learning Project.

Students began a plan of action last fall regarding a social need they were passionate about.

On their own time, teachers mentored students in project management, research and presentation skills. Students tackled difficult topics, and their work was outstanding.

Tariq Beamon, Brandon Canty, and Raymond Lee discussed their volunteer work at a Bellevue Ministry Center program that creates hope for many who lack opportunity. Tariq said, “We accept you no matter where you are from.” It is a very good program, he said, with a Christian message, open gym, mentorships, and One Summer Chicago internships. They also built a blog, RBTcreatinghope.tumblr.com

Colleen O’Connell went door to door in the neighborhood handing out pop tab boxes and collected 1,524 pop tabs for the Ronald McDonald House at Advocate Children’s Hospital in Oak Lawn. She was inspired because a number of her young cousins have been affected by disease. She recycled the tabs and the money raised went for paper products.

Cheyanne Battle distributed clothing and food to the homeless. She said, “12,000 Chicago youth under 21 years old were without parents or guardians.”

Sydney Lindsey, Tyler Showers and Jaliayah Lee raised money for the Yellow Ribbon Program and awareness of teen suicide for the sixth through eighth grades. They were motivated to get involved by a friend who had considered suicide after having been bullied.

Isaiah Harris donated 100 canned goods to Clara’s House, a shelter for homeless women and children. He reflected upon the respect and gratitude his parents deserve.

At a local agency of the Greater Chicago Food Depository, Maya Jordan helped distribute 4,000 pounds of food to families.

Will Brennan explained medications flushed down the toilet are a water pollutant which is not well tracked and which has “largely unknown health effects.”  He said to look for the blue box in the lobby at the 22nd District 22 Police Station, 1900 W. Monterey Ave., to dispose of unwanted medications.

“We’re hoping service is now something they want to continue,” said Barbara Reynolds, Diverse Learning teacher at Sutherland. “We’re proud of them all.”