A Starring Role for My House 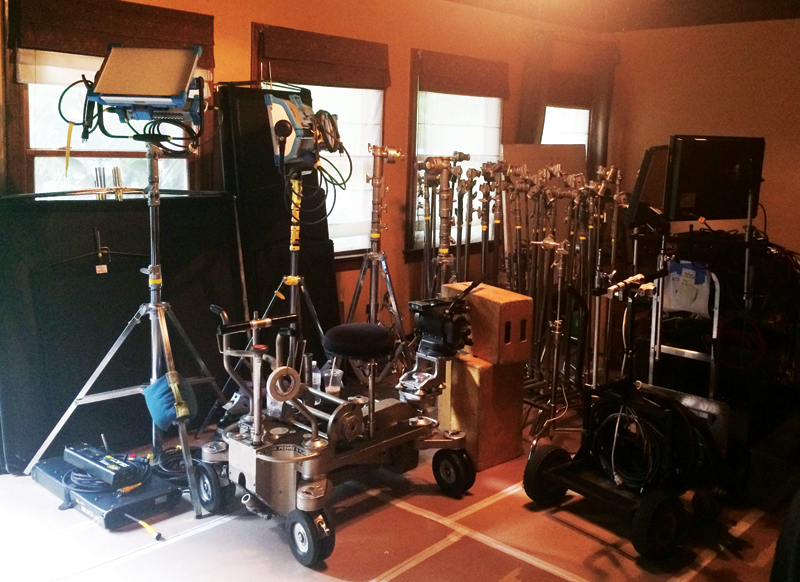 Having a commercial filmed in our house turned out to be a fun, occasionally chaotic experience. Here are some of the highlights…

Last fall, our block in Beverly/Morgan Park was scouted for a television commercial. While we didn’t get that one, we did have interior house photos taken for the location scout’s portfolio. When a commercial calls for a certain type of house, directors review the portfolio and choose a handful to visit. Over the winter and spring, we had four or five walk-though visits but were never chosen. Still, it was fun to meet new people and show them our home

Then one Friday night in mid-July, we got a call from the scout asking if we were available the next morning for a creative team to see the house. The following Monday we learned we were chosen for a Comcast commercial and a tech crew walked through to get an idea of layout, camera placement, etc. By Friday, they were filming and at the end of day Saturday it was wrapped.

When Your House is a Film Set

The day before filming, people showed up to put cardboard on the floors and wrap exposed surfaces (that are out of sight of the camera) in bubble wrap to protect them from the 70 to 80 people who will be in the house. The day of the filming, a hoard of trucks appeared with various items including portable air conditioning.

They moved my furniture out and stored it on a truck. They even took out some light fixtures and replaced them with their own. Then they moved prop furniture in to create the set. The team was friendly and professional. The location manager made sure I knew what was going on and patiently answered all my questions.

The crew left equipment overnight to make shooting the next day quicker. Their days begin early with people arriving between 6:30 and 7 a.m.  Everyone was both friendly and respectful of our property. Our neighbors pitched in too, allowing the crew’s RV, food, and props tents to be set up in their driveway.

It’s important to be flexible when your house is a film set. I went through the house and put away as many knickknacks as possible. I stayed around for most of the set-up, filming, and take down mainly because I was curious, though some homeowners leave for the duration. And I only freaked out a little when they disconnected the chandelier in the dining room and took off the front screen door. It was reassuring that everyone I talked to spontaneously promised to put the house back together when they were done. And they did!

It helps immeasurably if you enjoy meeting tons of new people and having them hang out at your house for 12 to 14 hours a day! It’s also good if your neighbors can genially tolerate a carnival atmosphere for the duration on the filming.

Would I do it again? Absolutely. It was an enjoyable experience to see a professional film crew in action.