Ridge Run Teams Aim for the Finish Line Together 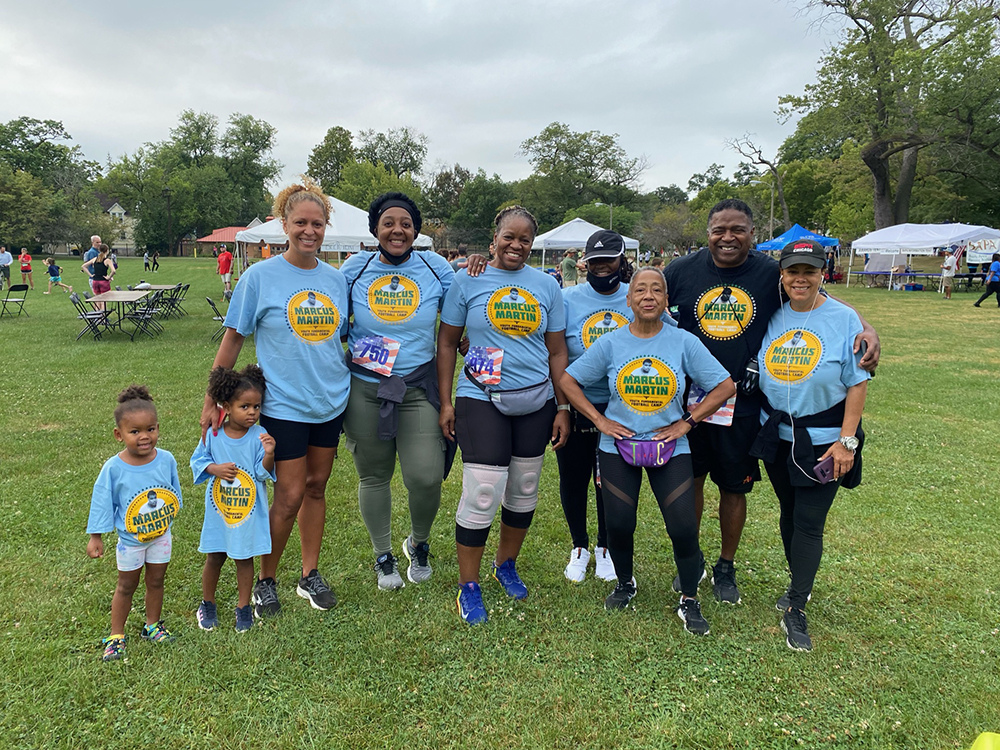 Racing the Ridge Run is more fun with a group! Anyone can register a team and recruit their friends and family to run for a cause to raise money or awareness, as a camaraderie-building event, as accountability partners, or just for fun. No matter what the reason for starting a Ridge Run team, it’s the encouragement along the way that matters most.

Ridge Run teams receive special incentives from BAPA, including vouchers for free pizza and beer on race day, a spot to set up a tent in Team Town at Ridge Park, a free team sign, a free team picture and $5 off on Ridge Run registration fees. Teams are invited to participate in a pre-race fundraising party to benefit their charities on Thurs., May 19, 6 to 8 p.m. at Cork & Kerry, 10614 S. Western; a portion of the $25 per person admission will go back to the teams.  Team members will also enjoy Team Captain Check-in to streamline packet pickup for the entire team. The team with the most members will be awarded the 2022 Ridge Run Top Team Trophy!

Get some inspiration from these teams as you determine the purpose of your own.

Team Goggins
One day, Walt Scott’s brother-in-law, Morris Richardson III, gifted Scott the memoir “Can’t Hurt Me: Master Your Mind and Defy the Odds” by David Goggins. In it, Goggins tells his story from active-duty Navy SEAL to world-class ultra-athlete and world record holder. The book’s message inspired both Scott and Richardson, and encouraged Scott to form Team Goggins for this year’s Ridge Run. The team consists of Scott, his wife Lauren, and Richardson, who is flying in from Seattle to take part in the Ridge Run. All three are first-time Ridge Runners.

“David Goggins is a really impressive and motivational guy,” Scott said. “I was really inspired by his book, and that’s why I chose to run the Ridge Run under that name.”

The Scotts moved to Beverly/Morgan Park in August 2020. “We are all really excited for our first Ridge Run. Hopefully this is the first of many! We are running the 5K this year and hope to build up our running capacity to transition to the 10K next year,” Scott said.

Each member of Team Goggins is following their own training plan. Lauren is working out with Peloton on the spin bike and treadmill. Walt is working on strength training with CrossFit, as well as running. The team is looking forward to achieving their race day goals and then making a day of it by enjoying time at Ridge Park and attending the Memorial Day Parade.

“We’ll probably come home and grill on our own afterwards. It’ll be good to be out and about with folks in the community and get to know more of our neighbors,” Scott said.

Some young kids will be tackling the Ridge Run this year through St. Cajetan School’s running club. Coached by St. Cajetan parent Amy Taylor, the group is comprised of about 40 students in 1st through 8th grades.

“The running club is a way to enjoy the benefits of running while having fun and making friends,” Taylor said. “We have runners representing all levels of athletic ability. The club provides the fundamentals of youth running with the hope of inspiring a new generation of runners.”

The St. Cajetan Warriors team meets twice a week at Kennedy Park. The team is building up endurance so the kids will eventually be able to run three miles.

“[In April they were] running one mile and adding about a half mile every week,” Taylor said. “We also do agility and sprint drills to ensure we are developing well-rounded runners.”

Every practice ends with a fun game that incorporates running, like relay races or the playground favorite Sharks and Minnows game.

Live and Believe Nutrition, 2025 W. 95th St., – or the LAB for short – is owned by Morgan Martin and her family. The nutrition shop offers a variety of teas, smoothies, and snacks designed to increase energy and boost overall health. Martin also leads fitness classes at the LAB to promote well-being and strong bodies.

Martin formed the Marcus Martin Foundation Team for the Ridge Run in honor of her late brother, Marcus, who passed away from a pulmonary embolism at the age of 25.

The LAB is hosting weekly run/walks Saturday’s at 8 a.m., followed by a strength class at 9 a.m. Martin says this is a great way for beginners to gather and run/walk three to four miles together in a way that’s not overwhelming for people new to that form of exercise. “Even if you’re not a part of our Ridge Run team, everyone is welcome to join us,” she said.

A big focus for the team leading up to Ridge Run is nutrition. “Make sure you’re getting enough protein and a good carbohydrate. Our Vitality Tea has electrolytes to keep the blood flowing with a little energy boost as well,” Martin said. “It’s so important to make sure you’re hydrated before a run or workout so that you’re not running on fumes.”

“I love the Ridge Run because it brings people together. Whether you’re a runner or not, it’s a great day to get out and exercise,” Martin said.

Find out more details on the Saturday training sessions that start off at the LAB (corner of 95th and Seeley), and all the LAB has to offer, on Instagram @LiveAndBelieveNutrition.

Who would you recruit to join your team? Here are some ideas to get you started on creating your own Ridge Run team:

Your child’s school: You can recruit fellow volunteers to help take the kids through BAPA’s free Ridge Run Training Program, developed by Jenny Harkins, owner of Treadfit, 10458 S. Western Ave. Or, you can have the kids train with their own families and make sure you’re all wearing your school colors on race day!

Your workout squad: Whether you workout at a studio locally, like Treadfit or F45, or just train with some friends on your own, forming a team that focuses on improving fitness and achieving a personal best is very encouraging.

Your workplace: Get your north side coworkers to join your Ridge Run team and let them see for themselves what a great place Beverly/Morgan Park is!

Teams can be competitive or not. Compete in the 10K, 5K, or both via the Ridge Run Challenge, or, just walk.

No matter who you recruit, forming a Ridge Run team will get you prepped for the big day. Teams can find information at BAPA.org through the Ridge Run registration link. To form a team, contact Kellianne McDonough, kellianne@hummingbirdmeetings.com. Once teams are formed, members can sign up through the website.