You are here: Home / The Villager / Ridge Run / Remembering and Raising Funds: Ridge Run Has Place for Teams   ...

Remembering and Raising Funds: Ridge Run Has Place for Teams

Teams have been participating in the Ridge Run for a long time, but it wasn’t until about four years ago – with the creation of the school running teams – that BAPA made an effort to recruit groups running as teams.

“We organized school team training and set up Team Town at Ridge Park, giving groups a place to meet and call ‘home base’ during the event,” recalled BAPA Executive Director Mary Jo Viero.  Teams did not have a way to raise funds or awareness to support their causes.

A few months ago, Viero was approached by a group of people whose dear friend, Jessica Bryar, lost her life to leukemia last February. Bryar was an avid runner and longtime Beverly/Morgan Park resident. She loved the Ridge Run, and her friends wanted to set up a team, run in her memory, and raise funds for their newly created Jessica Bryar Legacy Fund.

Like most running events, Ridge Run registration is handled by a service. That service does not have a functionality for individual team fundraising, so Viero came up with a new plan. “The idea is based on an event held through another organization I was associated with,” Viero said, explaining that Ridge Run teams will participate in a pre-race fundraiser through which donations will be shared.

“It’s a win-win,” Viero said. Teams will earn contributions to benefit their charities, raise awareness through networking with other organizations and at the race, and enjoy a party.

Team Jessica Bryar was in.

Team Jessica member Joe Murphy shared his friend’s story. The two became friends in the 4th grade at St. John Fisher School and remained close through their teen years, college years, and as adults. They celebrated their 40th birthdays together in Puerto Rico.  Bryar had a career in the Cook County Public Defenders Office, serving some of the county’s families who needed help the most. “To say Jessica was an awesome person is an understatement,” Murphy said.

Bryar was diagnosed with leukemia Thanksgiving week, 2018. She fought for three months. 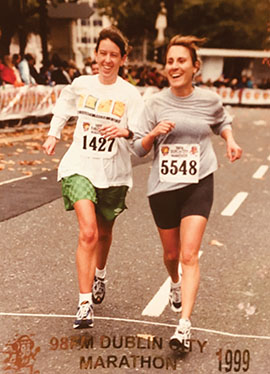 Murphy is among a group of Bryar’s friends who feel that running the Ridge Run as a team is a great way to remember their friend, bring attention to leukemia, and start raising funds for the Jessica Bryar Legacy Fund. “Running was so special to her,” Murphy said. “She loved the Ridge Run.”

Murphy said it’s easy to sign up a team for the Ridge Run, and that he and the team look forward to the fundraising event to be held in spring. The team will be having T-shirts made, and, following the race, will gather at their tent in Team Town at Ridge Park to celebrate their accomplishment and honor Bryar’s memory.

“We’re really encouraging teams to come together for the Ridge Run this year,” Viero said. “Teams can fun to raise funds or raise awareness, or just to have fun as a group of friends or family members.”

All area schools are invited to form teams and take advantage of BAPA’s free 5K training for students. Schools can also compete win the school trophy awarded for most running team participants based on school enrollment.

Ridge Run registration is open now at www.bapa.org. Groups interested in learning more about forming teams or who have questions can contact Mary Jo Viero, 773-233-3100 or mjviero@bapa.org. 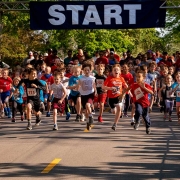 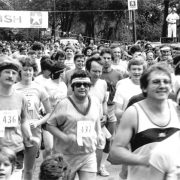 40th Annual Ridge Run: Jog Back to the Seventies for Ridge Run Fun 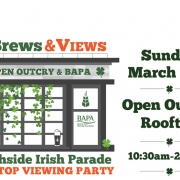 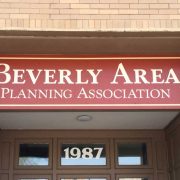 Neighbors Helping Neighbors: It’s Just What We Do 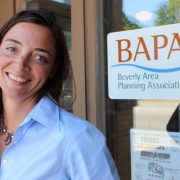 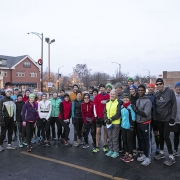