Now is the Time to Divide Perennials and Conquer Weeds 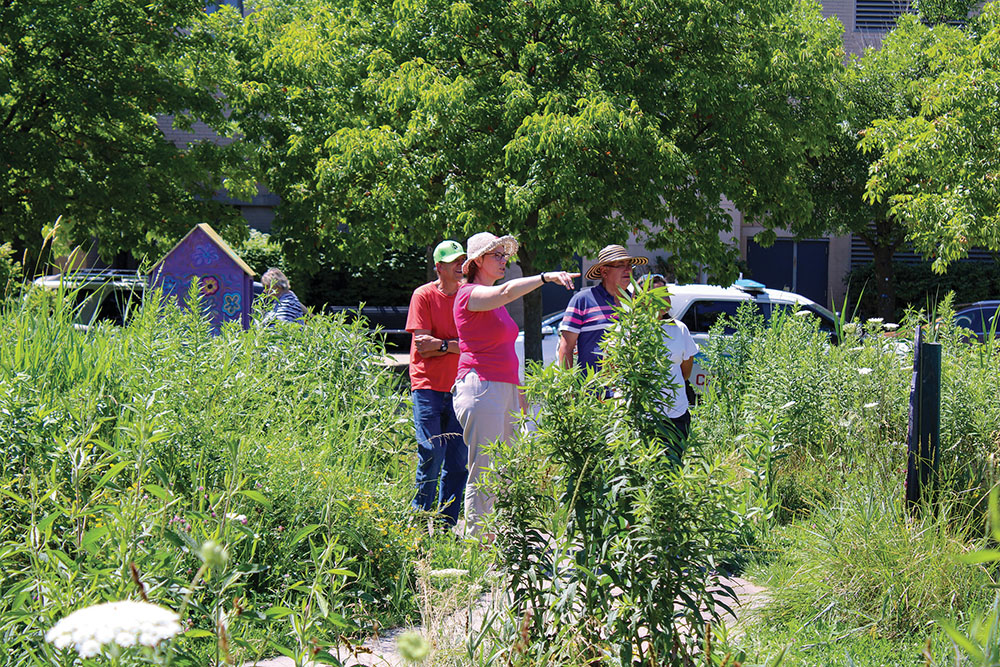 What is a weed?

“A plant whose virtues have never been discovered,” wrote Ralph Waldo Emerson.

Emerson’s distain for weeds was documented. Little is written about the poet actually removing the unwanted plants on his hands and knees. He was probably more like us – procrastinator gardeners, with a few plants yet to be put in the ground in August and the ubiquitous weeds still hanging around.

Let me sow some ideas on weeding:

In a previous I discussed how important mulching is, so, if you have mulched, you will have contained many weeds. Let me suggest a way to compost and mulch, based on lessons I learned years ago from a seasoned gardener.

While weeding in an area that is thick with plants, dig a hole in the dirt and deposit weeds in the hole. Be careful about the weeds you drop in, of course. I don’t put in seed heads or roots which can give the weeds a new life. These holes filled with decomposing plant matter are just one idea for helping the soil by always adding back, even when removing weeds.

The Time is Now

If you’ve been putting off weeding chores in the garden, it’s a good time to get busy, and here’s why: As the growing season winds down, both annual and perennial weeds start to produce thousands of seeds that will germinate in your garden next spring. If left unchecked, these pesky invaders become extremely difficult to eliminate.

The best time to weed is right after a rain when the soil is still moist. If rainfall is scarce, irrigate your garden thoroughly the night before you start your attack.

You can pull weeds by hand or use a hoe, just be sure to remove the roots.  As soon as you have the weeds removed, cover the area with a thick mulch of compost, straw, leaves, or shredded bark.

Having a compost pile on your property or connecting with local composting companies that can pick up food waste and drop off a bucket of finished black gold creates a full-circle connection to the earth.

I encourage you to look up a local composting company if you appreciate this initiative. With the right checkbook you can channel your best Lisa Douglas, Eva Gabor’s character in the “Green Acres” sitcom, and let your fingers do the walking on the phone.

August is a great time to dig and divide perennial flowers in your garden. Remember to work early in the morning or later in the evening. Like us, plants get stressed and dividing them in the heat of the day can be really difficult on both of us.

Begin with a sharp spade to lift the plant from the ground, being careful to keep the root ball intact as much as possible.

With the clump of roots out of the ground, use a large garden knife or spade to cut it into smaller, even pieces.

Some people like to share their divided plants on Freebox, Facebook, or Moms of Beverly, posting the information and leaving them on the curb with a note.

For the divided plants you keep, replant them and the smaller pieces or divisions you’ve created as soon as possible. They’ll take root during the cool, moist fall weather, sleep under a blanket of winter snow, and bloom next spring and summer.

Be sure you keep your new plants well-watered if the August and September weather is hot and dry.

Give your flower border and pots a late-summer injection of color by adding a generous helping of chrysanthemums. I like to add smaller ones into my window boxes or veggie bed. Their nectar-rich flowers attract a variety of colorful pollinators, including migrating Monarch butterflies. You can mix in single- and double-flowering varieties with asters, pansies, and other fall bloomers.

Remember to shop locally – Steubers, Olivia’s Garden, and Planters Outlet – for lovely fall plants. Not only are you supporting local businesses, but, because these plants have been grown closer to our area, you are using fewer resources to get the same effect.

Often in the fall, soaking rains are scarce, so be sure to keep evergreen trees and shrubs hydrated. Because plants such as yew and arborvitae never go completely dormant, their roots should be slightly moist to help the plant survive during winter winds, especially if their exposure to strong winds from the north.

If you start watering evergreens now, they will have plenty of soil moisture around their roots before freezing temperatures and frozen ground make irrigation impossible.

Newly planted evergreens are particularly vulnerable in dry soil, so make sure they get at least an inch of water a week. I have used soaker hoses under newspapers and mulch to irrigate newly planted evergreens. The hose allows water to seep slowly into the soil so there’s no wasteful runoff.

Feeding your plants in the late summer and fall encourages new growth that probably won’t survive the winter. So, save on purchasing fertilizer and put your plants on a diet now to they’ll toughen up before freezing temperatures hit.

Next month, I’ll share how easy it is to put your garden to bed for the winter.  But first, relax in that comfy chair and look out at your attractive garden and yard before it’s filled with snow.

What you want to see next spring will rise because you’ve invested the time now.

(Kathy Figel is Director of the Edna White Community Garden.)