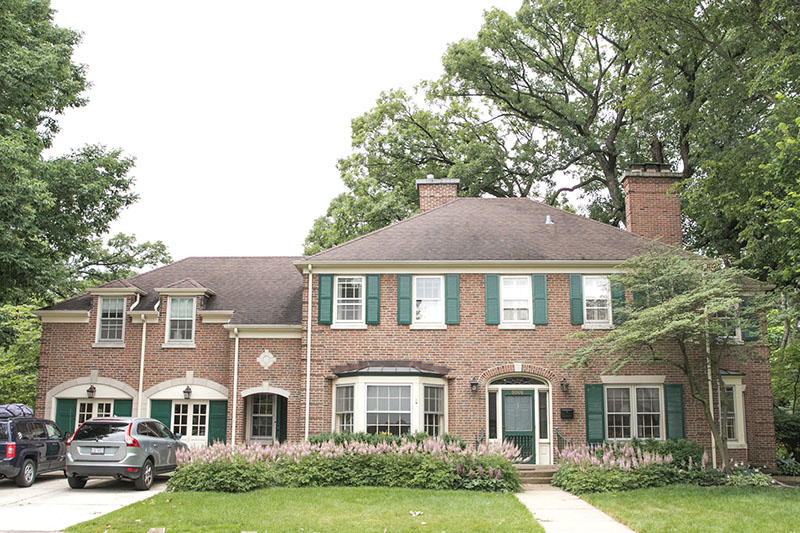 It all started with a text from Michele Pettiford, a North Beverly resident and real estate agent to Grace Kuikman, longtime staff member at BAPA.

Michele: Happy Sunday. I have a new listing and the owners have the original blueprints. The plans say “Hetherington,” but I haven’t found it documented and the people in North Beverly are saying they never heard of the house being one. Any leads on who to reach out to for more information would be greatly appreciated.

Grace: I have a friend with Ridge Historical Society who may be able to help.

Michele: This could be a hidden treasure right in our backyard!

Grace to Linda Lamberty, Ridge Historical Society (RHS) Historian: I have a history question for you: a house in North Beverly has plans that say “Hetherington” – can we assume it is?

Linda: Very interesting! That address is on the “unverified” list for a Hetherington.

Grace connected Linda and Michele to share particulars of the architectural treasure hunt. Within a short time, plans were made for Michele, Linda and Grace to meet at the house in question, a handsome brick home at the corner of 90th and Hoyne.

People who are interested in local architecture are familiar with the name Hetherington. According to former RHS architectural historian, Harold Wolff, John Todd Hetherington, who lived in North Beverly, was a highly respected architect.  The Graver-Driscoll house, home of the RHS was designed by John T. Hetherington in 1921. RHS is planning an exhibit of Hetherington works and, coincidentally, in June two descendants of the Hetherington family made a trip to visit this mansion-on-the-hill, that their ancestor designed.

John T. Hetherington’s son, Murray, followed in his father’s footsteps and was wildly popular, and quite prolific in the Beverly/Morgan Park community.  Murray’s son, also John, worked with his father, styled as “Hetherington Architects,” in a fully-equipped standalone studio behind their home at 10153 S. Prospect, where Murray’s artist wife, Mildred Lyon Hetherington, worked as well.  Mildred was well-known locally as a portraitist, but also had a successful career as a commercial artist illustrating children’s books and magazines.

RHS files include lists of many local Hetherington-designed homes, as well as a file of addresses possibly designed by the three generations of architects, so the request from a local realtor that came via BAPA was welcome information.

A visit to the house to see the blueprints – which say “Hetherington Architects, 10153 S. Prospect” — did indeed confirm this home to be a Hetherington.

“It was clear in touring the place that it has those myriad charming details, so characteristic of this architect-family’s designs,” Linda Lamberty said. The designs were so popular that in years past classified ads contained phrases like “Hetherington style” and “Hetherington-esque,” to describe similar homes by other architects.
“So that’s one unconfirmed Hetherington address down, with a dozen more to go,” Linda said. “Who knows:  Maybe there are even more of them out there!”
Interested in learning more about your house? Contact the Ridge Historical Society, 10621 S. Seeley, 773-881-1675 or ridgehistory@hotmail.com. In 2021, RHS will celebrate their own 50th anniversary, as well as the centennial of the Graver-Driscoll House.