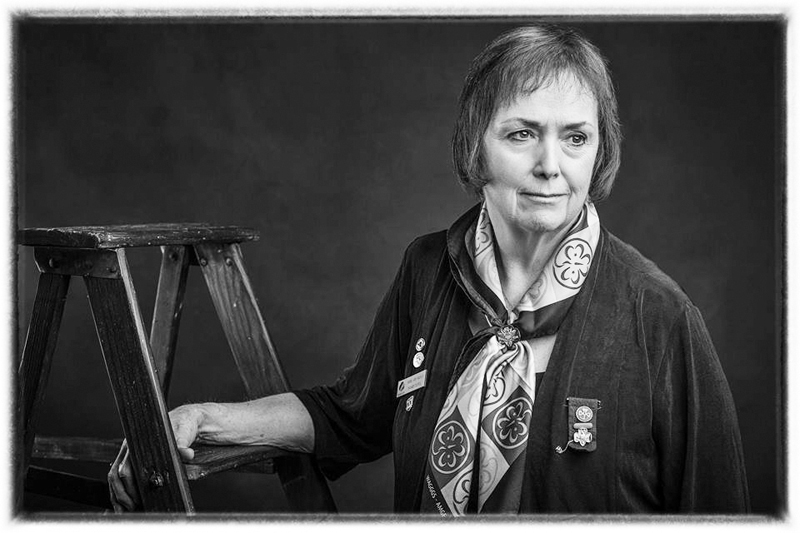 Women of Beverly (WOB), an exhibit of photographs by Diego Ivan Martirena, will premiere at the Beverly Arts Center, 2407 W. 111th St., Sun., Sept. 25. The opening event will be held from 2 to 4 p.m. and will include a meet and greet with the photographer and some of the subjects, a short video about the project, access to the gallery and refreshments. Works by several other guest photographers, including Erin Konrath, Rebecca Gaz Healy and Meg Fitzpatrick, will also be on exhibit. The event is free to the public.

WOB features framed photographs of 35 women from the Beverly/Morgan Park area. A short video features the women talking about their lives in the community and participation in this project.

The project originated during the Beverly Art Walk last fall when Martirena began photographing area artists in their home studios. He came to realize there were many women working behind the scenes to make the community a thriving environment. He reached out to the community for names of women he could photograph. Suggestions poured in from many sources.

“The Women of Beverly project started as a personal project in which I donated my time to showcase outstanding women in our community that usually don’t get the attention they deserve,” explained Martirena. “What started out as five to six women has turned in 35 inspirational women including teachers, therapists, police officers, navy and army officers, nurses, and all different types of working professionals.”

Some familiar faces are part of the project, like former 19th Ward Ald. Ginger Rugai and State Rep. Fran Hurley. But there are plenty of faces that, although the women have long contributed to the community, will be new to the viewers.

Just one example is Carol Macola, a retired English teacher from Morgan Park High School, her own alma mater. Macola is a veteran of the U.S. Army, where she served as a Second Lieutenant and Military Police officer, leading a platoon of 42 males.  As a girl, she was a Girl Scout, and has now completed 35 years as an adult volunteer with the Scouts, an organization all about empowering girls. Macola is an active Board member of the Ridge Historical Society, and she serves on BAPA’s Memorial Day Parade committee, revitalizing the local parade. The one word Macola chose to describe herself for the WOB project is “advocacy.”

“I’ve never had jobs, I have passions,” explained Macola. “I believe in my community. One teaches and mentors and shares, not always with great programs or projects, but with everyday activities. Giving of oneself in many ways is rejuvenating in itself.”

Martirena, originally from Buenos Aires, Argentina, and his wife Lisa and their three daughters live in West Beverly, where he operates Maplewood Photography studio, specializing in event and portrait photography. Martirena reports that his girls, previously fans of Disney princesses, are now saying they want to grow up to be like the women in the WOB project.