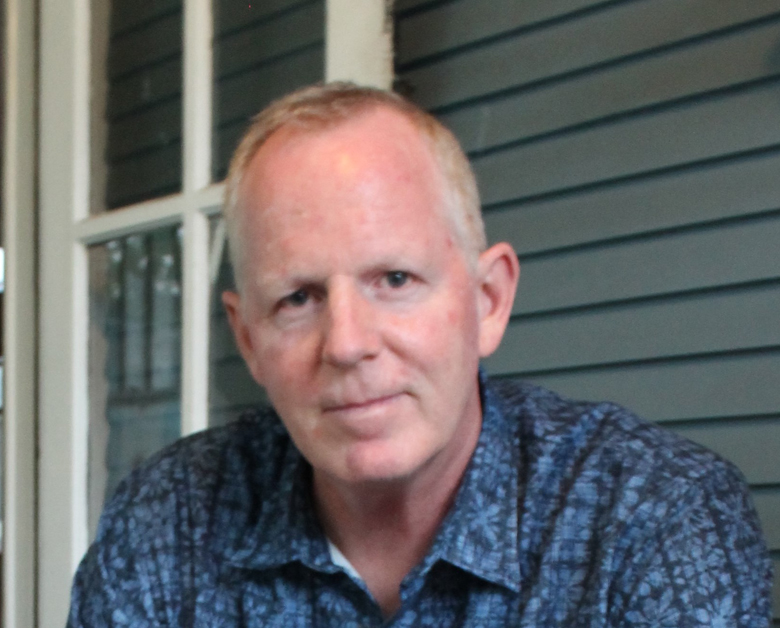 The experts say to write what you know. Lucky for readers, local author Dennis Foley knows what makes the City of Chicago tick.

In his new novel, “The Blue Circus,” Foley calls on his experiences as a lawyer, electrician, bouncer, teacher and coach to create a memorable cast of characters and a compelling plot that connects Chicago neighborhoods, dive bars, shady political deals and even great spots to grab a bite to eat.

The book tells the story of a disbarred attorney who gets a job as a City of Chicago electrician with the help of a union boss, then makes the mistake of befriending a mob-connected city worker. Action takes place from one end of the city to the other, but the book’s two main characters are locals.

“One of the main characters lives at 102nd and Bell while another lives at 106th and Whipple,” Foley said. “Much of the action takes place in the Beverly and Mount Greenwood neighborhoods with places like the Beverly Park baseball fields, St. Barnabas Church, the Dubliner (may she rest in peace) and more turning up in its pages.”

While the inspirations for many of the characters in “The Blue Circus” can be found right here at home, Foley’s idea for the book’s main character evolved from a Chicago literary icon. “I pay homage to James Farrell and his Studs Lonigan trilogy in the book,” Foley said. “I often wondered what Studs Lonigan’s family would be like in contemporary Chicago. Enter main characters Danny Lonigan, a Streets and San worker, and Tom Lonigan, his union boss big brother.”

Among the people we may recognize in “The Blue Circus” are Mary Lonigan who is modeled after Foley’s mom; Tom Lonigan, who is based on Foley’s brother; and a character who runs a neighborhood boxing program who is based on the late Marty McGarry. Foley;s friend and neighbor, Dr. Jim Valek, makes an appearance with his real name and identity.

“The Blue Circus” is Foley’s first novel but third book. His first book, “The Street and San Man’s Guide to Chicago Eats,” is one of Lake Claremont Press’s all-time best sellers (and an excellent resource if you’re looking for a place to stop for lunch.) “The Drunkard’s Son,” is a poignant memoir.

In all of his work – including his award-winning film, “Not a Stranger,” which was largely shot in Beverly/Morgan Park and surrounding communities, Foley employs a perfectly pitched Chicago patois that adds spot-on authenticity to his characters and a lot of fun for readers.

The first incarnation of “The Blue Circus” came in the form of a television pilot screenplay about Chicago politics and how the city works. Foley’s hook was telling the story from the perspective of a city worker, “the common Joe,” he said. The work won best original television pilot in the 2013 Beverly Hills Screenplay contest.

“I wrote a couple more episodes then decided to go for the book format,” Foley said. He spent the next several years writing and editing. “The Blue Circus” was released Sept. 12.

Almost like the plot of one of his stories, there’s a chance that Foley’s new book may be made into a movie by a London-based film company. He recently sent them finished book, but said movie deal would be a long shot, “Like winning the Queen of Hearts at McNally’s” he laughed.