You are here: Home / The Villager / Community History / New Book Covers History of The Castle

With Christmas just around the corner, a new gift option will be available when filmmaker and author Errol Magidson offers his new book, “Chicago’s Only Castle: The History of Givins Irish Castle and its Keepers,” at a program and book signing Sun., Dec. 10, 2 to 6 p.m., at the Givins Castle, a.k.a. the Irish Castle, 10244 S. Longwood Dr. Magidson will present a program on the history of the Castle and its five keepers, and will sell and sign copies of his book.

As a follow up to his 2011 documentary, “Chicago’s Only Castle: The History of Givins Irish Castle and its Keepers,” Magidson’s book is richly illustrated and well-researched.  Its almost 300 pages – enhanced by over 400 images, many in color – include new and interesting information about the Castle and its five keepers over the course of the captivating structure’s 130 years.

The P. T. Barnum of Chicago developers in the later 19th Century, Canadian-born Robert Cartwright Givins was a well-known real estate man, Chicago booster and popular novelist who chose to build his remarkable home on the eastern crest of the Blue Island Ridge. Finished in 1887, for two years in the 1890s the building was rented by the Chicago Female College, which produced a brochure of classes offered that included photos of the house and grounds, now an invaluable window into the past.

Twenty-two years after building it, world traveler Givins sold his castle to the Burdett family, early auto enthusiasts, in 1909. The Burdetts sold it to the colorful Dr. Siemans family in 1921, and they owned it for 21.

The Castle is built of limestone, which can be tricky to preserve. Since 1942 the iconic building has been owned and maintained by the Beverly Unitarian Church. Its not-for-profit Castle Building Fund has been designated to that maintenance. All proceeds from Magidson’s new book will be donated to the building fund. Thereby, a purchase of the book will benefit the upkeep of this beautiful building, so unique in the City of Chicago and often used to visually represent historic Beverly/Morgan Park. 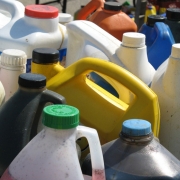 Workshop Topic is Talking Across the Political Divide 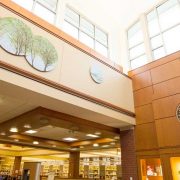