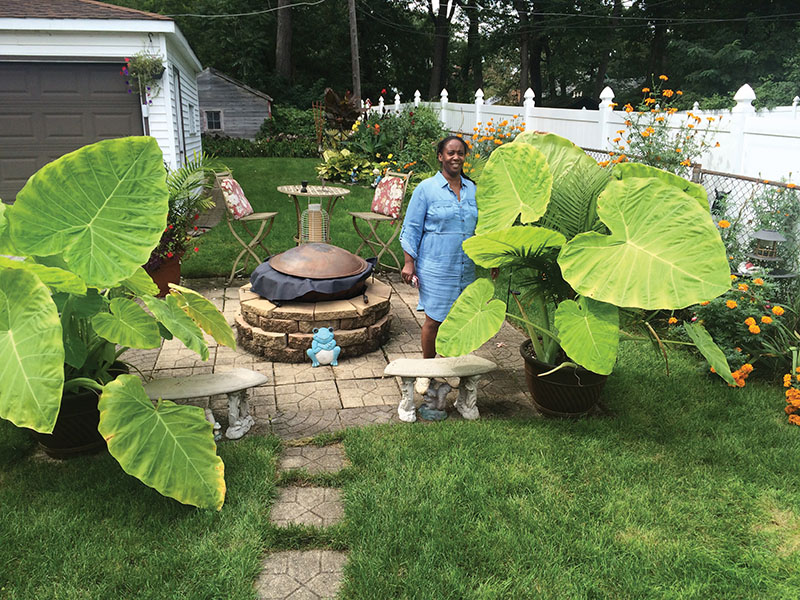 Living in Beverly/Morgan Park, we know what a special place this is. Incredible architecture and carefully crafted landscaping are prominent in our community.

One neighborhood resident has been singled out for his landscaping efforts. Tommie Harris earned the Chicago Bungalow Association’s 15th Annual Richard H. Driehaus Foundation Bungalow Award in Landscape Design. Harris has spent years perfecting the lushness of his lawn and the incredibly large plants that dot his yard’s perimeter.

“The key is fertilizing early,” Harris said. “I fertilize the lawn in March, and I usually don’t have to do it again in the season. I apply a healthy dose of it to give it a good start to spring.” 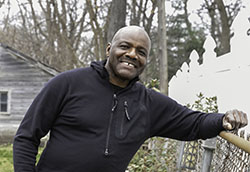 Harris, a retired Chicago police officer, began his landscaping adventure as a way to promote some privacy in his yard. He cultivates many of his plants inside during the winter to ensure they grow strong when the weather cooperates in the spring and summer.

“I pull up my bulbs in the winter to make sure they stay warm,” Harris said. “I really think that is what helped my perennials grow to the size that they are — which is quite large!”

While local wildlife, from bugs to bunnies to coyotes, often find solace in his garden, Harris takes the time to make sure they don’t destroy his hard work. “I actually remove beetles by hand to make sure they are gone for good. Spraying the leaves with a pest killer is bad for the plant, so I take the extra step to remove bugs that could kill the garden,” he said.

Overall, Harris spends a lot of time in his yard paradise, making sure each plant is properly watered and has the nutrients it needs to thrive. Aside from the fun he’s having in the garden, Harris was excited to earn the Driehaus Award to meet other winners. “There was a reception for all of the winners, and it was incredible to meet with other bungalow owners and hear their stories,” Harris said. “I met people from all over the city who did different projects on their homes, and we shared a lot of great tips as well.’

According to the Driehaus Foundation, there are an estimated 80,000 Chicago bungalows that represent one-third of the city’s single-family housing stock. Chicago developed the Chicago Bungalow Association (CBA) in 2000 to ensure the preservation of this type of home; additionally, the CBA encouraged the renovation and preservation of more than 20,000 bungalows since its inception.

In late 2019, seven Driehaus Award winners were announced and each won a cash prize of $1,000 and a handcrafted copper plaque made by local artisan Frank Glapa of FMG Design. Seven honorable mentions earned a $250 cash prize and plaque.