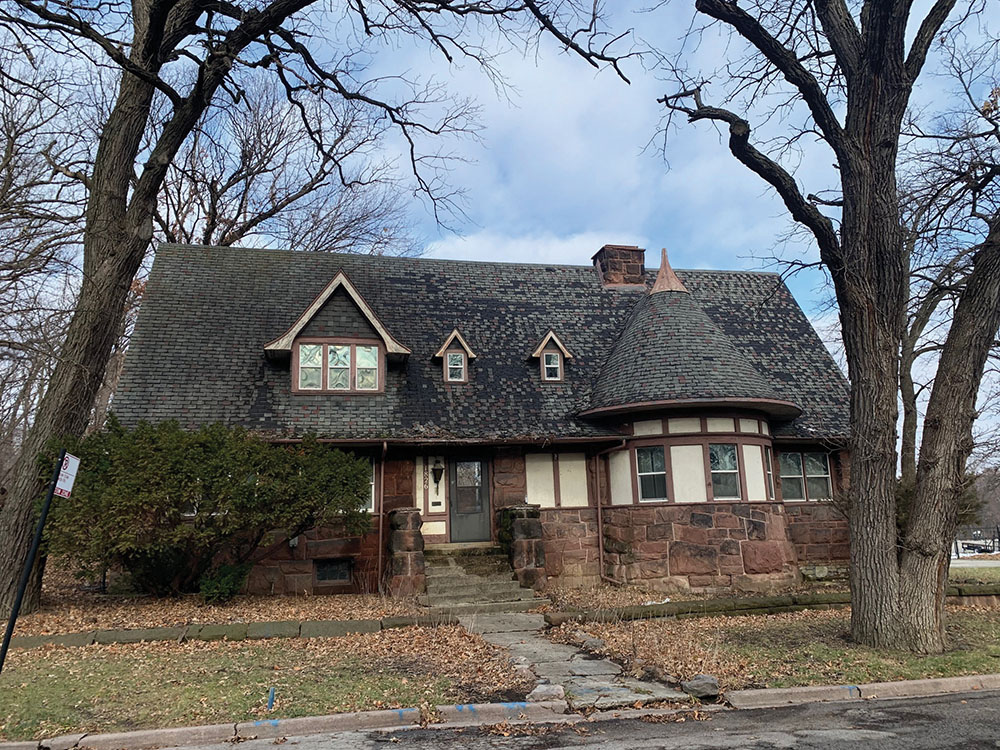 The Ridge Historical Society (RHS), with the support of the Beverly Area Planning Association (BAPA) and other community organizations, has applied to Landmarks Illinois to have the Eugene S. Pike House, a historic structure located at 1826 W. 91st St. in North Beverly included on the 2022 list of Most Endangered Historic Places in Illinois.

Landmarks Illinois, a statewide historic preservation advocacy not-for-profit organization, began designating Most Endangered properties in 1995, calling attention to historic and culturally significant sites throughout the state that are threatened with deterioration, demolition or inappropriate development. Since the program began, more than 100 “Most Endangered” sites have been saved from demolition or stabilized. Dozens more have reinvestment projects pending or underway.

The RHS Historic Buildings Committee recently initiated an effort to bring awareness to the importance of the Pike House in hopes that the Forest Preserve of Cook County, RHS and community partners can try and find a way to preserve it and adapt it for reuse. BAPA is partnering with RHS on the endeavor. Significant resources will be needed to restore the building, which is located on FPDCC property that cannot be sold.

The Eugene S. Pike House is of historical and architectural importance to the Beverly/Morgan Park community and the City of Chicago. It is a contributing structure in the Ridge Historic District, one of the largest urban historic districts listed on the National Register of Historic Places. Deputy State Historic Preservation Officer Anthony Rubano has written that the Pike House is “a spectacular house!” and the house has been noted by other historical and architectural agencies for its significance.

RHS is using social media and community outreach to advance the preservation effort. Posts on the Save the Pike House and Ridge Historical Society Facebook pages have garnered a lot of support. In February, a segment about the Pike House was aired on The American Dream Chicago on WGN-TV after the segment’s host, neighborhood resident Meg Mulrenin, learned about the issue from RHS.

“The period of Joseph Lyman Silsbee’s influential teachings to Harry Hale Waterman, Frank Lloyd Wright, George W. Maher and a small circle of others was very brief and is largely overlooked today. But its impact on the creation of a living organic architecture that naturally evolved into globally influential modernism has fundamental importance in architectural history,” wrote Tim Samuelson, Cultural Historian (retired) for the City of Chicago in a document supporting the Ridge Historical Society’s application to have the Pike House included  on the Landmarks Illinois endangered buildings list. “Buildings representing this vital period of architectural history are very few – and the Pike homestead in Dan Ryan Woods is one of its masterpieces.  Its relevance and original intended context are especially vital today by its siting amidst a protected naturalistic woodland environment.”

About the Original Owner

Eugene S. Pike, for whom the house was built, was a prominent Chicago real estate developer and financier, as well as a leader in rebuilding the city following the Great Chicago Fire of 1871.

In 2018, the FPDCC issued a Request for Information (RFI) from organizations potentially interested in adapting the building for reuse. No further information on the fate of the Pike House has been announced. The Pike House/Watchman’s Residence should not be confused with another Dan Ryan Woods “Watchman’s Residence” just south of 87th Street on Beverly Avenue, which is slated for demolition as part of the extensive Major Taylor Trail improvements planned.

Founded in 1972, Ridge Historical Society is a not-for-profit organization dedicated to promoting the history and architecture of the Ridge communities that include Beverly/Morgan Park.  Founded in 1947, Beverly Area Planning Association is a civic organization that serves the Beverly/Morgan Park neighborhood with programs that enhance the value, lifestyle, and historical distinction of the community.