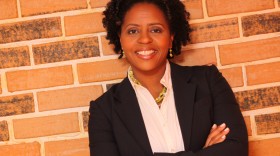 Excerpts from “Front Porch Society,” a work by Beverly/Morgan Park resident Melda Beaty, will be presented by the Beverly Arts Center as a virtual reading Sun., Oct. 25, 2 p.m.

“Front Porch Society” follows the journey of Carrie Honey, a grieving mother in rural Mississippi, whose teenage son died at the hands of the police. Ironically, on the anniversary of her son’s death America elected its first Black president. On the front porch of her home and in the midst of a town scandal and the revelation of a past secret, a bond with friends helps to restore Honey’s hope and faith.

Each excerpt of “Front Porch Society” will be followed by a discussion of the scene. The reading is directed by award-winning theater veteran Delia Jolly Gray. Tickets are $10, and $1 from each ticket will be donated to an organization supporting Black Lives Matter.

Melda Beaty is a passionate playwright and “Front Porch Society” is her first play. It was premiered at The Ensemble Theatre in Houston, Tex., in 2017 and most recently, was a mainstage production at the National Black Theatre Festival in Winston-Salem, N.C. Beaty’s second play, “Coconut Cake,” was accepted into the New Works Reader’s Series at the 2017 National Black Theatre Festival and her most recent play, “Thirty,” participated in the Women’s Theatre Alliance development workshop in Chicago last year.

Beaty was recently commissioned by The Ensemble Theatre for their 2021-2022 season. Her her upcoming short film, “Cupcake,” chronicles the divide mental illness creates between a mother and her daughter.

In addition, Beaty is author of two books and a freelance contributor to Black Masks magazine. Her first book, “My Soul to His Spirit: Soulful Expressions from Black Daughters to Their Fathers,” a compilation of non-fiction writings by black women from across the United States, won the 2006 National Fresh Voices Award. Her debut novel, “Lime,” is described as “America’s Next Top Model” meets “Burning Bed.” Both books are available on Amazon.com.

Beaty is a tenured professor at Olive-Harvey College. She is excited be working with the Beverly Arts Center on the virtual reading of her play, as she and her daughters are long-time residents of the Beverly/Morgan Park community. 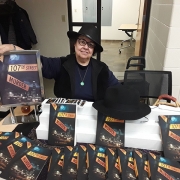 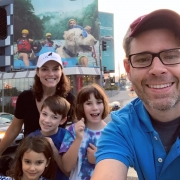 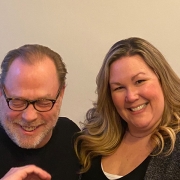 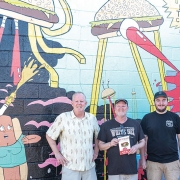 One Man’s Quest for the Best Hot Dogs in Chicago