Know Your Neighbors: Photographer’s Work on Exhibit at Cultural Center 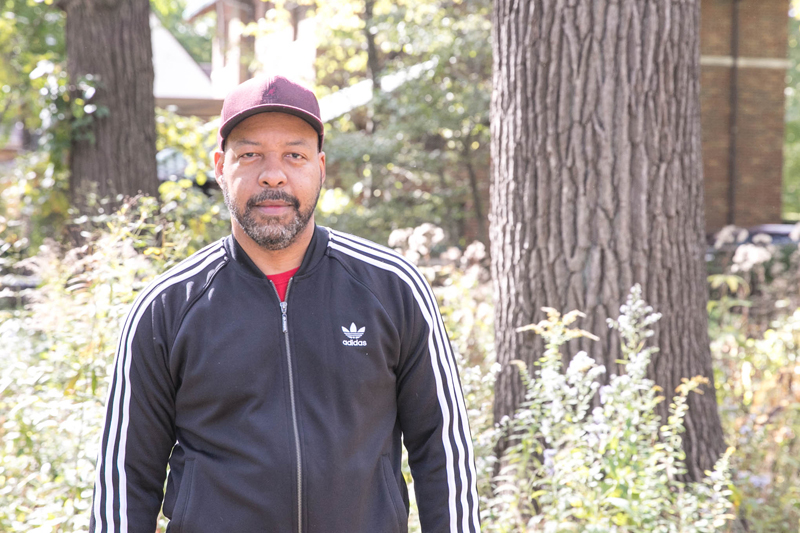 Cecil McDonald, Jr. fell in love with photography in college. He was in his final year of undergraduate school studying Fashion Merchandising when he signed up for an introductory class as an elective to pass the time. He’s been hooked ever since.

McDonald, a resident of Beverly/Morgan Park for more than two decades, now works as an adjunct professor at Columbia College Chicago, the same school from which he received an MFA in Photography. His work has been showcased both nationally and internationally in galleries in Chicago, Denver, New Orleans, New York and Haarlem, Netherlands.

Last year, McDonald released “In the Company of Black,” a book of photographs featuring African-American subjects whom he describes as “extraordinarily ordinary”— educators, artists, administrators, business owners, teachers and students.

“Cecil McDonald Jr.: In the Company of Black,” photographs from the book, will be on exhibit Jan. 19 to Apr. 14, Chicago Cultural Center 78 E. Washington St. Admission is free.

“These people are an important part of society’s framework,” McDonald said. “They need to be seen!”

The 144-page book began as a small project in 2007 when McDonald started to photograph his friends and family in attempt to showcase the difference between his fellow African-Americans and the African-American lifestyles portrayed to society.

“We are fed images of two types of black people: the megastar athlete and the poor man who can’t support his family,” McDonald said. “In reality, most people don’t fit into either of these categories.”

Soon, McDonald began taking photographs of strangers, too. But it wasn’t until several years later, while completing the Artist-In-Residency program at Light Work in Syracuse, NY, that McDonald was hit with the idea to create a book.

“I saw other residents trying to turn their work into books,” he said. “So I thought ‘hey I should try that, too’”.

McDonald presented the idea to his former teaching assistant Matt Austin of Candor Arts, an independent art book publisher based in Chicago.

“He said ‘let’s do it, let’s try it,’” McDonald said. “So we did, and the response has been overwhelmingly supportive.”

The book features an introduction written by Tempestt Hazel, a former student of McDonald, and was nominated for the 2017 Paris Photo-Aperture Foundation PhotoBook Award. Last month, a selected portion of the photographs featured in McDonald’s book were on display at Illinois State University Galleries. The same exhibition will be showcased at the Chicago Cultural Center in January.

For McDonald, the photographs are the most important part of his recent journey. They tell a story that challenges the roles designated to African-Americans by our cultural landscape, he said. While McDonald is humbled by the success of his book release, he believes it’s the photographs themselves that have the potential to make the biggest impact.

In fact, McDonald hopes the photographs never return to Chicago. Why? Because the whole world needs to observe them, to understand their symbolism.

“These images need to be seen,” he said. “Everywhere.”

PrevPreviousThe Arts: Batik Exhibit is Explosion of Color and Themes
NextThank You NeighborsNext