When Marty McGarry passed away after a long fight with Familial Amyloidosis in January, the whole community felt the loss. Proud Irishman and supporter of the South Side Irish Parade, McGarry and his family were named as the special honoree of this year’s parade. The family includes his wife Kathleen, and their children Theresa (Jim) Lakawitch, Morgan (Meghan) McGarry, Molly (Michael) McAlinden and Nora (Jim) Winters.

“Being this year’s honoree is incredibly humbling. My dad felt truly honored to be able to spread awareness of his disease through this parade, which he loved attending each year,” Theresa Lakawitch said. “It means that the hard work my parents fought for the last six years hasn’t gone unnoticed. We will continue to follow that path and work to find answers to end this disease.”

Marty McGarry was intent on spreading awareness of his disease that not only affected him, but many members of the extended family throughout the U.S., Ireland and England. “It makes us proud to know how much awareness he has single-handedly brought to Amyloidosis, because of the incredible person he was. He had touched so many lives and the generosity of those who love him will help to benefit the future of this disease, and hopefully end it altogether,” Theresa said. “We have to advocate for ourselves and for those who aren’t able to themselves.”

The clan plans to walk or ride a trolley down Western Avenue, and will be joined by numerous family members, even a cousin from London who is travelling to Chicago for the event. After the parade, they’ll head back to the McGarry house and spend the rest of the day in the Irish bar in their basement, per years of tradition.

The McGarry children carry on their father’s legacy of helping others through their advocacy and their chosen professions. Theresa is a CPS bilingual teacher; Morgan is a Chicago firefighter and took over for his dad at McGarry’s Boxing Club; Molly is a retired hairstylist and part owner of Beverly Barre; and Nora is a hair colorist. Mom Kathleen is a retired early childhood educator with CPS.

Fond memories of Marty are sure to be shared in abundance on Parade Day. Theresa says that they all treasure his stories and memories of Ireland, and his dedication to the kids through coaching their soccer teams and travelling with him back to Ireland to visit family.

“He loved to be out and about in the neighborhood and would love running into people. He had a charming personality and a great sense of humor, he would light up a room with his smile or a joke,” Theresa said. “Nora always says she was fascinated by how he ‘knew a little about a lot’; he was very humble and wise.” 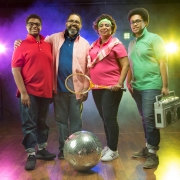 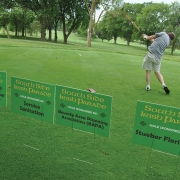 Golfers Tee Up for South Side Irish Parade 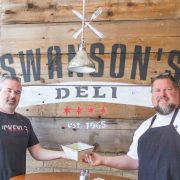 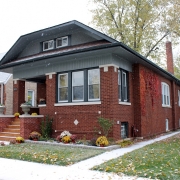 Call for Nominations for Bungalow Awards 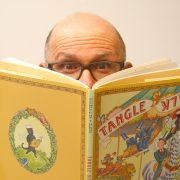 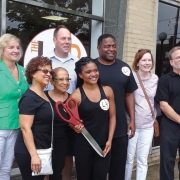 The LAB Designs Nutrition and Fitness with Busy Moms in Mind