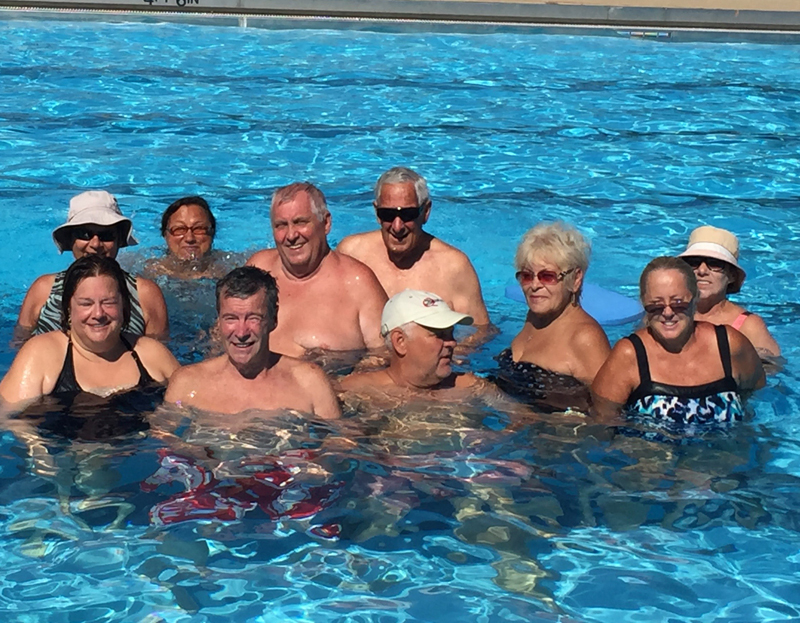 With pool season only a few short months away, the Kennedy Park Advisory Council (KPAC) is looking toward summer and working hard to improve the Kennedy Park pool experience for everyone in the neighborhood. The KPAC, formed in Sept. 2016 and led by president Carly Carney, is engaged in a fundraising effort to purchase new deck and lounge chairs and a sun sail for shade to create a more relaxing environment for pool patrons.

“Since the new heating system was installed several years ago, Kennedy Park has really become this summer oasis for neighborhood families, seniors and adults,” Carney said. “Often, there aren’t enough chairs and the ones that have been supplied by the park district have deteriorated over the years. It always weighed on my heart to see a mom with a little one that didn’t have a place to sit, or a senior citizen in an unstable chair.”

The KPAC aims to raise enough money to purchase 20 deck chairs and 20 lounge chairs. To combat the issue of no shade on the pool deck, they hope to also purchase a sun sail to give swimmers the opportunity to rest in the shade when they’re not enjoying the water.

Carney praises the Chicago Park District for their efforts in listening to residents and making much-needed changes. They extended the pool hours for lap swimmers and family swim times, and they chose Kennedy Park to be part of an initiative to extend the pool season into September.

“If the Chicago Park District is willing to work with us, then it is the right thing to do to work within their constraints,” Carney said. “It feels like a joint partnership with Eric Fischer, head of aquatics, and Ed Affolter, regional manager.”

While budget limitations prohibit the park district from purchasing the chairs themselves, Carney and the rest of the KPAC are motivated to solve the problem. “By solving this problem, it actually enhances this neighborhood resource and will make it even more friendly and comfortable to those who use the pool,” she said.

95th Street Business Association president Erin Ross helped the KPAC set up the fundraiser so that those who donate are eligible for a tax deduction. To donate, visit Kennedy Park Pool and Advisory Council on Facebook for a link to their GoFundMe page.

“The fundraising initiative is really an extended effort of how small changes can be made if we support one another,” Carney said. “The more neighborhood families use the pool, the more of a gathering place it becomes for our community.”