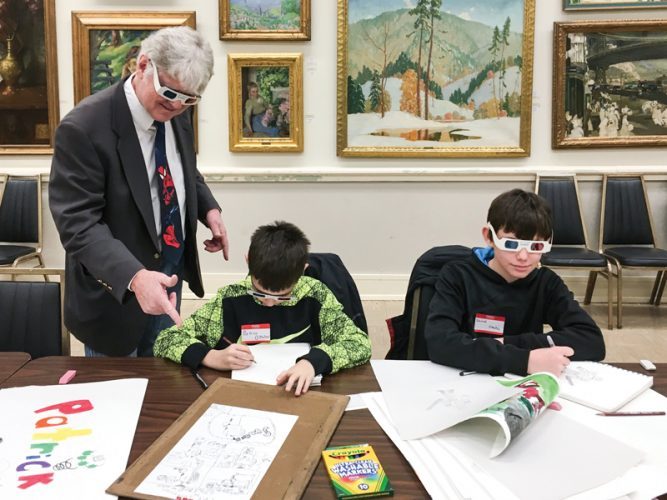 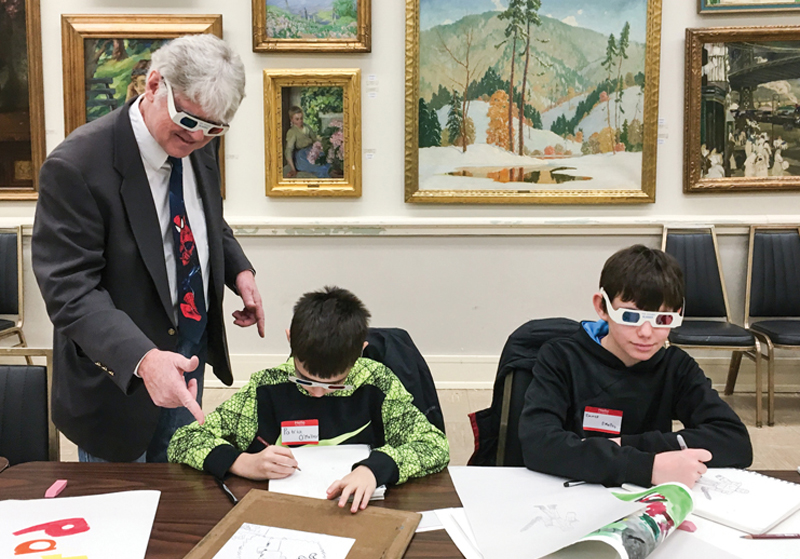 Since he moved here in 1979, Jim McGreal has made an impact on the Beverly/Morgan Park community — in one way or another. With a group of friends, McGreal met with Sis Costello from BAPA for assistance in finding a house to rent in Beverly. “I’m sure that was a challenge because at the time, my roommates and I were a pretty scruffy bunch. We also tended to hold some pretty loud parties. My apologies to all of our very patient neighbors back then who heard our stereo blasting Springsteen, Allman Brothers and the Beatles until wee hours in the morning,” McGreal said.

Eventually, McGreal settled down with his wife Liz. They’ve been in their current East Beverly home since 1990, where they raised their two children, Spencer and Anna.

“The diversity of Beverly is my favorite part of living here and was the main factor in me moving here,” McGreal said. “I was looking for a neighborhood that had moved beyond racism, an inclusive environment . . . Beverly has shaped [my children’s] lives and the way that they relate to races and cultures. It has proved to be the perfect neighborhood for us and our children to grow up in.”

McGreal is an artist and built a strong career as an illustrator and cartoonist. He got his start as an assistant to Dale Messick, creator of the “Brenda Starr” comic strip which began syndication in the Chicago Tribune in the 1940s. McGreal then moved on to producing illustrations and filmstrips for the National PTA and the Society for Visual Education. As technology boomed, he dove into computer art, developing early computer games and educational products for a start-up videotext company. In the mid-1980s, McGreal broke new ground with Vector, the first full-color computer comic with co-creator Rich Mrozek.

In 1995, McGreal started his own business, JMC Studios, Inc., to develop CD-ROMS and early websites for World Book Encyclopedia and Encyclopedia Britannica. At this time, he also localized his business to create some of the first websites for BAPA, Beverly Arts Center, Ridge Historical Society and other organizations.

But his love of creating comics never died down.

“Beginning in 1999, the SIBZ comic strip, developed with my brother Pat, a comedy writer in L.A., debuted in The Villager and ran for 10 years,” McGreal said. The McGreal brothers also created Future Shock Comics, a strip that appeared in newspapers across the nation from 2010 to 2014. McGreal’s work was also seen in the 2016 Beverly Art Walk.

The class is targeted to students in 4th through 8th grade. “There is a long history of drawing classes at the Vanderpoel Art Association, and it’s a wonderful environment for the students, surrounded by original works of art, including many of John Vanderpoel’s drawings and paintings,” McGreal said. “The class I teach is for students who want to learn the mechanics of telling a story and developing characters through the comic art medium.”

“Like many others who live here, I feel lucky to have found this special place and I’m grateful for the many friends I’ve met throughout the years,” McGreal said. Thanks to his contributions to the art community of Beverly/Morgan Park, it’s safe to say we are also lucky he found his way here.