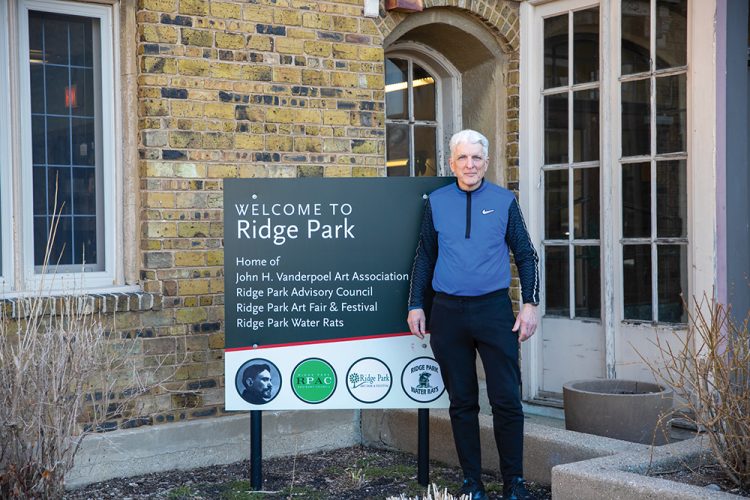 Sometimes, it only takes one person to make neighbors realize they are more than fellow block residents who may be just a wave of a hand or nod from the car. In fall 2010, I became that person.

I grabbed a clipboard, put a piece of yellow legal paper on it and wrote: Would you be interested in a block party? After going door-to-door at 34 houses, introducing myself, and asking to sign if they were interested, 90% said yes. It seems people were just waiting for someone to light the match to start a blaze of new community on the block.

I presented the signatures to the 19th Ward, got a block party application form, filled it out, and after a week, it was approved.

It was that easy.

It made me realize that people are longing for connection, for community. Our block party on a hot, humid late July Saturday, proved this to me. My block of white, African-American, Hispanic, Mixed Race, and Asian neighbors connected in a way we had never done before, and ten years later that same spirit continues.

We didn’t bring in bouncy houses or do anything special. I blocked off one end of the block with my car one and yellow tape and a neighbor did the same on the other end. A new 110th Place Bell-Hoyne block party was born!  I put up two canopy tents in the middle of the block, one for people who wanted to bring down a dish to share and the other to provide a place for people to sit and converse. At the food tent I put out name tags, and paper for people to write down their names, addresses, and e-mails.

People brought everything from casseroles to desserts to share. One neighbor brought out a smoke cooker and began to slowly cook the most delicious ribs — they are famous on the block to this day. A neighbor who is Greek brought down dolmathes and baklava. Others grilled burgers, brats, and hotdogs. Some baked pies and cakes.

One of our neighbors cooked an entire turkey and ham dinner like it was Thanksgiving or Christmas Day. Her husband, with a wink of an eye, brought a jar of “moonshine” that his brother had distilled in Kentucky. Some took a shot; some did not. It didn’t really matter. A great river of community was flowing on the street, and it was hard not to smile.

We found out there are all kinds of interesting people on the block: a lawyer, artist and architect, retired and current cops, a fireman, some city workers, a retired Park District official, social workers, real estate managers, a contractor, a railroad worker, a Mary Kay executive, teachers, a retired professor from Chicago State University, and a speech pathologist.

People who had not talked to some of their old neighbors in years got reacquainted. Young families connected with other young families on the block. People really talked with their neighbors. Some people had grown up with the South Side Catholic Parish identity, but others needed to have that sociological milieu explained. They are neighbors from Minnesota, Wisconsin, Missouri, Montana, a few foreign countries, as well as some from the North Side who had never been to this side of the city before moving to Beverly/Morgan Park.

The block party ended at 10 p.m. when we had to open up the street again, but many people stayed out talking, and some kept the party going until 2 a.m., having their own little dance parties and enjoying more time together.

Wow, these people had been on my block? Many, many people thanked me for starting the block party. I said all I did was go to the 19th Ward Office and fill out an application.

Our block party has been a July tradition ever since and people look forward to it. Every year, there are some new families, and we bring them into the community too.

We could not the event in 2020, but in 2021, two of the three families who moved in during the pandemic came. Again, they enriched our block. Our new neighbors sponsored an entire “Taqueria” table in front of their house and provided the most delicious, authentic Mexican tacos of steak, pork, and chicken for everyone on the block. Even a sudden downpour could not wipe out the party; people went up on their porches or stayed under their tents. When the storm passed, the sun came out again and the party went on late into the night.

Kids took to the street, riding bikes, playing basketball and hide-and-go-seek. My granddaughter, usually rather shy, joined in with a neighbor driving a small electric car, and they drove up and down the street with kids running after them. There was joy! It was like it was when I grew up in the 1960s and 70s for a night.

All this just started with me noticing a need and acting on it. Perhaps, on your block that person is you.