House, Business, Charity: It’s all At Home for This Couple 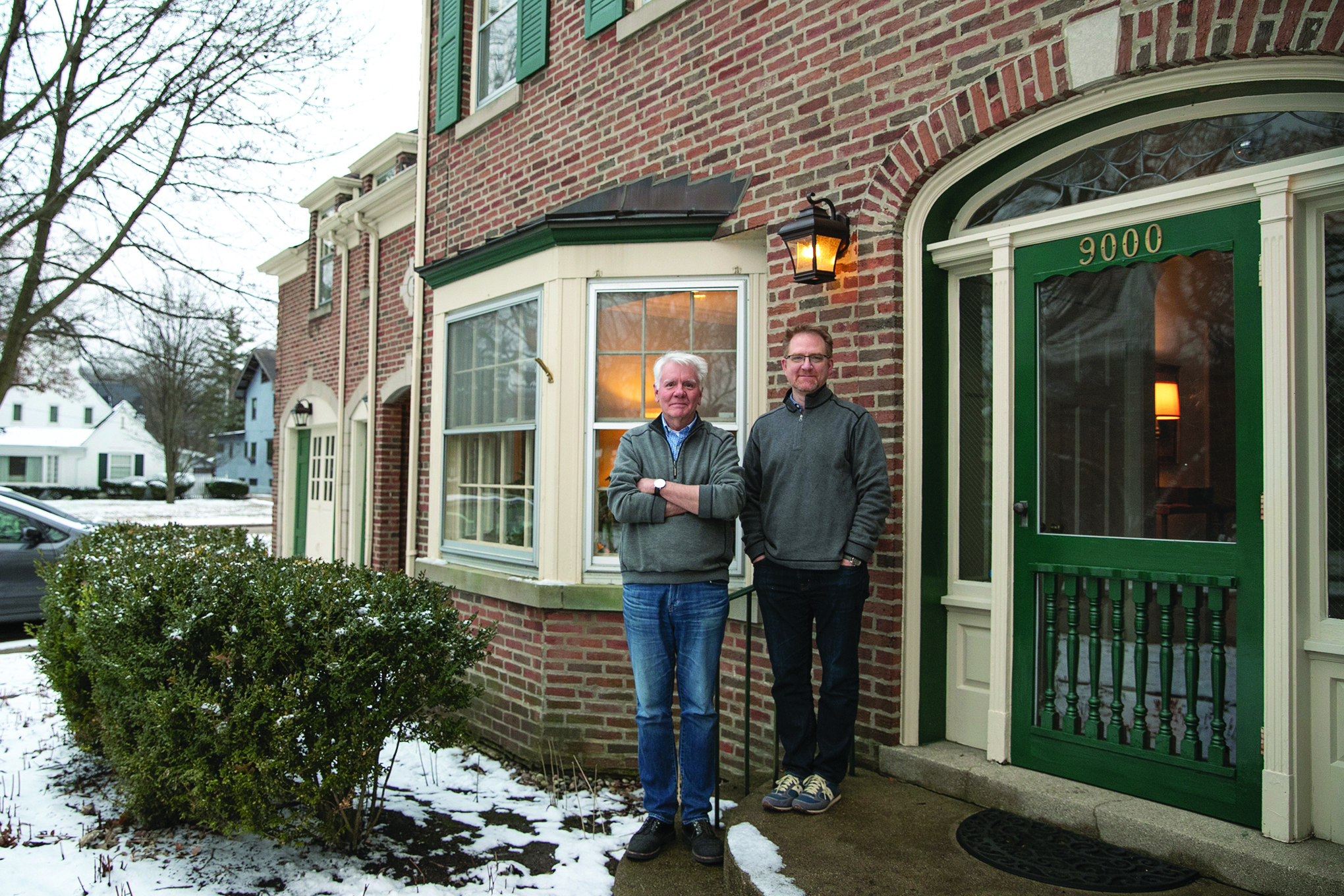 Dale Ludwig and Greg Owen-Boger have been Beverly/Morgan Park neighbors and business owners for two decades, but it wasn’t until a few years ago they became involved in community life.

Now active and involved neighbors, they’ve recently made a move that brings together the essentials of running their business, meeting the needs of homeless people, and owning a very special vintage home.

Turpin Communication, a successful communication consulting firm, was founded by Ludwig 27 years ago. Owen-Boger joined the business a few years later, and 20 years ago, they bought a century old home in East Beverly.

“We loved the area and soon found that we had the most amazing neighbors. We felt at home very quickly,” Ludwig said.

As much as they loved the community, the challenges of owning an older home and running a growing business kept them on a pretty tight and focused schedule.

“Many of those early years here were spent with our heads down working in and growing our business. Eventually, belonging to the larger community, rather than just living in it, became important to us.”

“We love the diversity of the neighborhood. The tree-lined streets and the variety of homes make every drive, bike ride, and walk interesting,” Owen-Boger said.

In late 2016, they, along with then-neighbor Olive Rogers, founded Turpin Cares a charity that provides food, hygiene items and other essentials to homeless people in and around the area. They reached out to BAPA for assistance in spreading the word that donations were being accepted. “The Villager was eager to help us get the word out and promote our fundraisers and other activities,” Ludwig said.

The response from Beverly/Morgan Park neighbors was generous, and Turpin Cares volunteers were able to give care packages to many people in need.

“What has really opened our eyes to the uniqueness of Beverly is the support we’ve received for Turpin Cares. That has really been gratifying.”

In just a few years, the organization partnered with another not-for-profit to handle the one-on-one distribution of food, hygiene products, and relief items to people in shelters and others living on the brink. Donations are collected throughout the year and at special drives at the Starbucks on 103rd and Longwood. Originally, the drives were held in winter, but a summer collection was added last year.

In 2019, they gave out nearly 10,000 items. In 2020 they’re adding starter kits of household items like linens, cleaning supplies, dishes and more for people transitioning from shelters into permanent living arrangements. “People in Beverly are incredibly generous,” Owen-Boger said.

Items donated to Turpin Cares were “warehoused” at Owen-Boger’s and Ludwig’s office. As the charity has grown, so has the need for more shelf space. Last fall, they decided to sell their East Beverly home, and began looking for a house that offered plenty of space to accommodate the non-profit collections and the for-profit business. What they found was a handsome North Beverly house recently confirmed as a Hetherington architects design (BAPA helped in this quest!). The Hetheringtons – three generations of local architects – designed many of Beverly/Morgan Park’s most gracious homes.

Owen-Boger and Ludwig knew as soon as they saw it that this was the house for them! Not just is there plenty of room for Turpin Cares, there is also ample space for their company’s offices, and a beautiful residence to call home. They are in the midst of decorating now.

“BAPA holds the community together through its communication, support of local business, and community events. The strong community identity we have in Beverly/Morgan Park thrives because of BAPA.”

“Because it’s our home.”