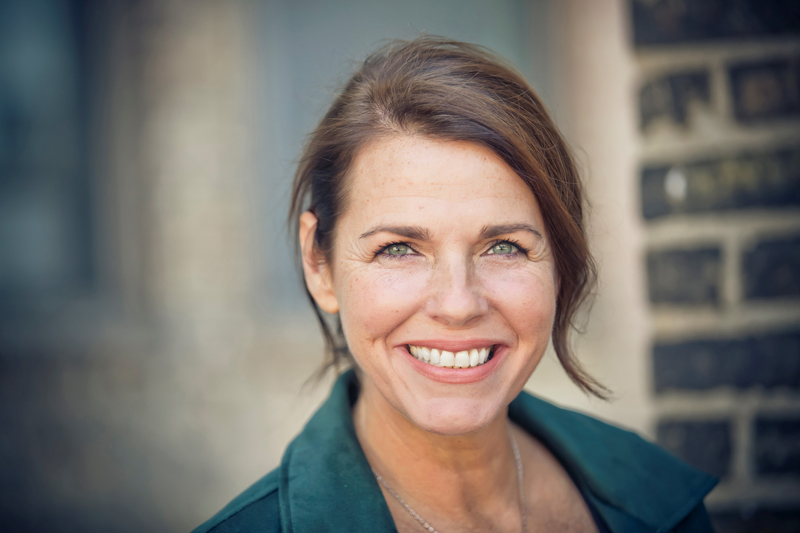 Everyone is seeking ways to simplify their lives. Especially when it comes to dinner, it’s too easy to grab takeout or make unhealthy choices for the sake of time. Cooking a healthy meal each night means setting aside time to chop, slice, and cook — time that most people just don’t have. Preparing meals ahead means that busy people will always have a fridge or freezer stocked with healthy meals that simply need to be heated up and served.

Paula McDermott is one of 11 children, and her Italian mother, Antoinette, became a master at cooking delicious meals efficiently when the kids were growing up.

“Cooking ran in my mom’s family, and she approached food with the understanding that it should be good and make people happy,” McDermott said. “She often made dinner for 20 people at a time! I learned a lot about how to manage time and how to cook for a lot of people at once.”

McDermott’s husband, Jim, is a professionally-trained chef and he keeps the kitchen organized and efficient. McDermott shares her thoughts on preparing meals in advance to keep the family satisfied and healthy.

Make Extra to Freeze for Later
Ease into freezing food by doubling or tripling whatever is being cooked, then freezing the rest. “If I’m making spaghetti sauce, soup or stews, I store enough in the freezer for a few meals,” McDermott said. When ready to eat, simply heat the frozen food in the microwave, stovetop or oven and serve with a fresh side salad or bread.

Prep Vegetables and Meat Once a Week
It’s easy to pick up assorted vegetables from the grocery store, but sometimes just chopping up a pepper feels like too much work on a busy weeknight. McDermott sets aside some time on Sundays to wash, peel and dice all the vegetables she intends to serve that week, then puts them in individual containers with a paper towel to absorb the moisture.

This also works for meat. “If I buy chicken in bulk, I will grill all five pounds and have that chopped and ready to go for the week. You can grab a handful for salad or tacos for a super easy meal,” she said.

Make a Plan
If spending a Sunday preparing dinners ahead, make a detailed plan. “Start with how many meals you need to prepare in a week and set out recipes for them or ideas on how you’re going to make them. Then, make a grocery list,” McDermott said. “Once you get home, immediately prep so you are ready to go and you’re not putting your groceries away whole and saving it for later. I know if I save something for later, it won’t happen.”

She advises to start with the vegetables, then move on to fruit and greens, saving any meat prep for last to prevent contamination.

This recipe makes a lot. Use it on eggs, vegetables or chicken. For a mild version, omit the crushed red peppers

Combine and store tightly in a container.

Cook the meat, drain and add back to the pan. Add cream cheese, taco seasoning, and water. Cook until the cream cheese melts. While meat is cooking, cook the pasta shells according to directions. Fill the shells with the taco meat and top with salsa, cheese and cilantro. Serve!