Grappling With A Luminous Doom 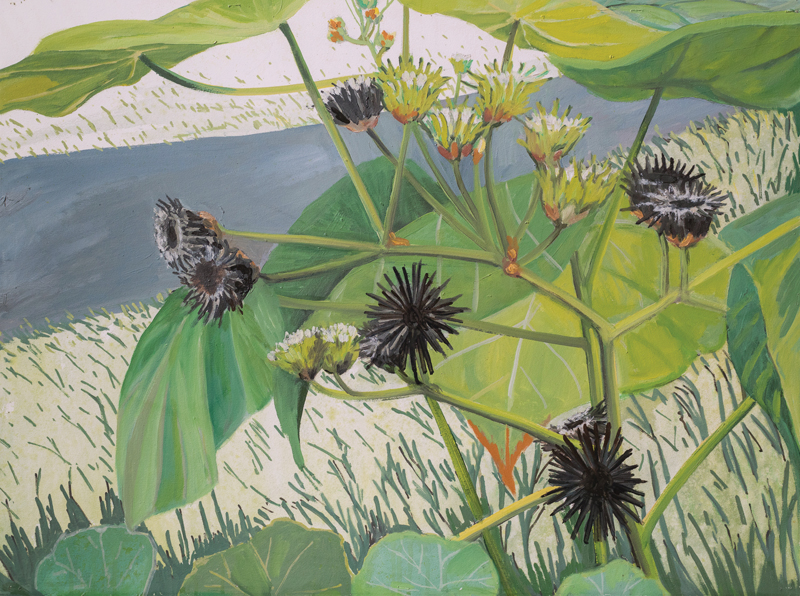 Five artists meditate on the mystery, magic and beauty of our planet, and the impact of our growing detachment from nature’s wisdom in “Grappling With A Luminous Doom,” an exhibit hosted by the Beverly Area Arts Alliance at the Beverly Arts Center, 2407 W. 111th St., opening Sun., Mar. 3, 2 to 4 p.m.

The exhibit continues to Apr. 7, and reflects the disconnect between “modern” societies and nature that has led to the decline of important ecological habitats and biodiversity that sustain the earth.

Artists whose work will be on exhibit are Brian Ritchard and Elaine Miller, both residents of Beverly/Morgan Park, and Sharon Bladholm, Victoria Fuller and Jennifer Cronin.

“My work has always revolved around the intersection of art and nature,” wrote Brian Rirchard. “I am passionately interested in how humankind sees and interacts with the natural world, and how the age-old genre of landscape painting can be updated and reinvigorated.”

Ritchard, a landscape painter with over 20 years of studio and exhibition experience, does deep research on focused subjects to inform his work. For ten years, his paintings documented the explosive growth of wind power across the Great Plains states. His recent explorations along the Colorado River have taken him to Lake Mead, the giant artificial reservoir created by Hoover Dam.

“Here in the middle of the Mojave Desert, the melted snow that comprises the Colorado River is collected and politically allocated in the form of hydroelectric power and water for the entire American Southwest,” Ritchard wrote. “Lake Mead has been evaporating and losing replacement volume since the 1980s, leaving the distinctive “bathtub ring” that indicates previous high–water marks on the ancient landscape.”

Ritchard spent many weeks in 2018 out west making site studies and painting watercolors. The intensive work inspired the artist to expand his palette and learn how to paint new landforms, textures and spaces. The resulting oil paintings are being completed in his Beverly/Morgan Park studioand will be debuted in the BAC exhibit.

“Nature, its tragedies and its glories, has always exhilarated and reassured me,” wrote Elaine Miller. “In my practice, I try to celebrate the magnificence of the natural landscape and to record our impact on it.”

Miller sees her work as a way to connect people to an earlier time when people were closer to the natural world, and to document the destructive results of indifference. “This exhibit is about is trying to connect people to nature and to an understanding of the huge losses we are experiencing through climate change and habitat degradation,” Miller wrote.

Miller is fine artist who paints murals (you can see her work in the parking lot at 95th and Longwood Drive). She worked for many years doing backdrops for commercial photographers and painting sets for films and commercials. Since moving to Beverly/Morgan Park, Miller maintains a in studio in historic Blue Island.

Sharon Bladholm works in a variety of media including cast glass, bronze and ceramic sculpture, as well as printmaking and works on paper. She has run Opal Glass Studios since 1983, and has completed many commissioned pieces for galleries and museums, as well as public art installations at the Garfield Park Conservatory, Peggy Notebaert Nature Museum and the Museum of Contemporary Art in Bordeaux, France.

Jennifer Cronin’s starkly real paintings and drawings explore what it means to be human.  She recently traveled to a remote Native Alaskan village where she documented the effects of climate change.  Her new work is inspired by her trip and our changing planet.
Cronin has exhibited widely in the Chicago area, as well as nationally and internationally.  She has been featured in many publications and earned numerous awards.  Most recently, Cronin has been awarded a grant from the Elizabeth Greenshields Foundation to support the development of her new series of work.

Victoria Fuller is a sculptor, painter and natural science illustrator. She has studied at the San Francisco Art Institute, Parson’s Paris Program (France) and earned a graduate degree from the School of the Art Institute of Chicago. Her work has appeared in galleries, museums and public spaces Internationally. She is best known for Shoe of Shoes, a large-scale shoe-shaped sculpture composed of thousands of aluminum high-heels in front of Brown Shoe Company, and for her large scale sculpture, Canoe Fan, made from canoes forming a fan shape.

“Grappling With A Luminous Doom” is curated by Carla Winterbottom and Sal Campbell. The exhibit is open during Beverly Arts Center open hours in the Simmerling Gallery. Admission is free. The name of the exhibit is taken from the poem “Sleeping in the Forest” by Mary Oliver.