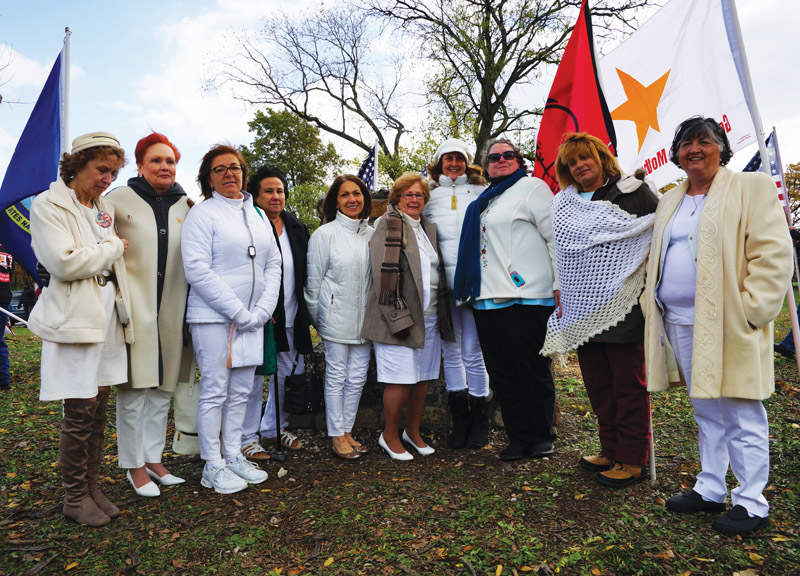 When BAPA’s Beverly/Morgan Park/Mount Greenwood Memorial Day Parade steps off following the Ridge Run on May 28, everyone in the line of march and gathering along Longwood Drive to watch the parade should reflect on the true meaning of the day: Honoring the men and woman who have given their lives in active service with the U.S. Armed Forces.

With members of the American Gold Star Mothers leading the parade as Grand Marshals, the solemnity of the day will be particularly poignant. Gold Star Mothers have lost a son or daughter in military service.  Neighborhood resident Modie Lavin, whose son Marine Cpl. Conner T. Lowry was killed in action in Afghanistan in 2012, will be among the Gold Star Mothers in the parade. Lavin is the Family Outreach Coordinator for the Road Home Program for veterans at Rush University Medical Center, presenting sponsor of the parade.

The American Gold Star Mothers was officially organized on June 4, 1928 in Washington DC, but it was the death of a young man from Chicago during military service in World War I that inspired the creation of this national organization. The young man – Lieut. George Vaughn Seibold – volunteered to be an aviator in 1917. In Dec. 1918, after not hearing from him for many months, his family was notified that Lieut. Seibold had been killed in action in France.

During the period when George was serving in the Great War, his mother, Grace Darling Seibold, visited wounded troops in Washington DC, comforting many young men whose mothers could not be there themselves. Following news of her son’s death, Seibold realized that devoting time to other mothers who shared her pain of loss gave her a sense of peace and purpose.

At about the same time, Lillian A. White, whose son Frank A. White also died in WWI, was among the women organizing the Chicago Council of Gold Star Mothers.  Similar groups had been organizing throughout the country, identifying as Gold Star Mothers because of the service flags displayed in the homes of families who had members serving in the war:  Blue stars designated a son or daughter actively serving, and gold stars signified that a son or daughter had died in service.  Wanting to be part of a larger initiative the groups affiliated into the national group which was chartered as a nondenominational, not-for-profit, nonpolitical organization.

Some time before they became a part of the national group, the Chicago Council of Gold Star Mothers erected a stone memorial in honor of the men and women who gave their lives in World War I at the then peaceful southeast corner of what is now the busy intersection of 87th and Western. Over the decades that monumentl was forgotten and fell into extreme disrepair. A few years ago, it was rediscovered by volunteers in the Dan Ryan Woods. A group of neighborhood residents organized by Tim Noonan is working to have the memorial restored. Last fall, the memorial was decommissioned in a formal ceremony and placed in storage while the group raises funds for the restoration and placement in a permanent and more visible location in the woods.

In honor of the American Gold Star Mothers, BAPA is hosting a Memorial Day Parade kick-off event Thurs., Apr. 19, 7 to 9 p.m. at Cork and Kerry, 10614 S. Western. Admission is $25 and proceeds will be donated to the restoration of the Gold Star Mothers Memorial. The event includes beverages and food, as well as music. The community is invited to attend. People unable to attend the event but who would like to support the endeavor to restore the memorial can contact Tim Noonan,  info.ccgsm@gmail.com or 773-852-3080.

Participate in the Parade