From Bronzeville to Beverly: One Artist’s Black History Inspiration 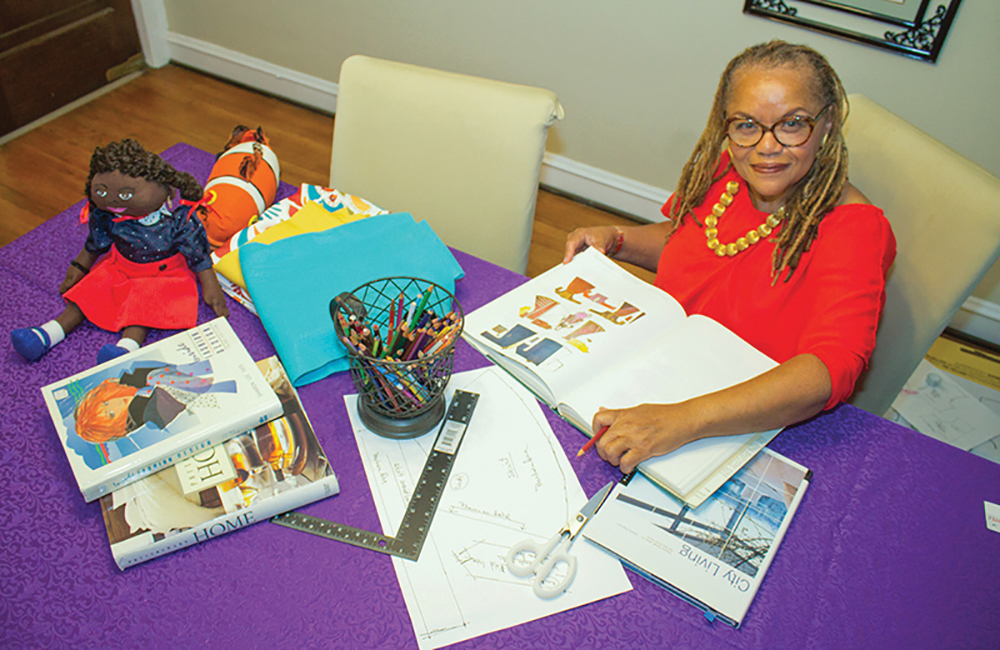 Rhonda Hardy’s parents were born in Louisiana. As children, their families were part of the Great Migration, the historic movement of an estimated six million African Americans from the South to urban areas in the Midwest, Northeast, and West. Many African Americans who came to Chicago from the South, including Hardy’s grandparents and parents, settled in Bronzeville.

Hardy’s rich family history inspires her art. The Bronzeville Babies series is focused on historical clothing and styles, and Urban Comforts is a textile line influenced by African stamps and motifs.

“When I was growing up, I listened to the stories told by my parents, grandparents, and aunts,” Hardy said. “I internalized all of the stories about who they came up with during the Great Migration, what they did when they got here, and where they worked. It was a natural progression for me as I got older to begin doing more research on African American history.”

Hardy began her journey at what is now known as the DuSable Museum of African American History, which at the time was The Ebony Museum of Negro History and Art located in curator/artist/educator/writer/activist Margaret Taylor Burroughs’ home on the South Side.

“I documented what was worn by the slaves, by people during the Reconstruction period, and the styles worn during the Black empowerment movement of the 1960s,” Hardy said. She eventually began working for the University of Illinois Urbana-Champaign Extension campus conducting outreach in predominantly Black neighborhoods in Chicago.

After retirement, Hardy was able to focus once again on her art and fashion. A Beverly/Morgan Park resident, Hardy remains very connected to the Bronzeville neighborhood. As a re-emerging artist, she creared a series of soft-sculpted dolls commemorating the Great Migration for a Bronzeville exhibit.

“I have eight different dolls in my line and they each have their own name and story,” Hardy said. “With my fashion background, I’ve been able to make patterns and clothing for the dolls that help tell their story. All of the clothing is as authentic as possible; the biggest challenge is finding the right fabrics worn during the doll’s time period. The dolls and their clothing make a statement about where they were and what they were thinking during a period in our history.”

The Pullman Porter doll wears an authentic replica of the Pullman Porter uniform. Hardy used the doll during an artist-in-residence program at The Nautilus School, 1917 W. 93rd St., to teach the history of Pullman.

The Urban Comforts line consists of tea towels, wall hangings, pillows, and tablecloths made from African-inspired prints designed by Hardy and created through a stamp printing process.

Hardy’s work inspires others to share their stories. “I participated in a few Beverly Art Walks and people would see my work and just start talking about their own communities and where their family was from,” she said. “We’re all grounded in history, and we have our own story that makes up who we are as a person.”

Hardy’s work can currently be found at Made Artisan Collaborative, 1802 W. 103rd St., or online at RhondaHardyDesigns.com.