This month, Frank J. Williams will be inducted into the Chicago Association of Realtors Hall of Fame. A community activist and fair housing advocate, as well as a successful real estate professional, Williams is fine candidate for this honor.

It’s not Williams’ first recognition, by far!  In spring, he was awarded the 2017 Gale Cincotta Community Visionary Award by Neighborhood Housing Services of Chicago. The award is presented annually to a person who exemplifies leadership, innovation and passion in the making their community a better place to live. Williams, owner of F. J. Williams Realty, 9730 S. Western, received the award for his longtime efforts to ensure fair housing practices throughout Chicago.

Williams opened his realty company in 1969 and moved to Beverly/Morgan Park in 1974. At the time, organizations like BAPA were fighting for fair housing and open communities. Williams advocated for fair housing legislation in Springfield and Chicago following the Civil Rights movement.

Working to desegregate historically white neighborhoods, he found homes for black buyers on the Southwest side, including in Beverly/Morgan Park. His dedication to civil rights and fair housing came at a price: Williams was the target of harassment and threats, including having a bomb set off at his front door.

Williams’ personal and professional emphasis is on mentorship, education and the hiring and placement of minorities in real estate careers. He has taught for the Realtors Real Estate School, engaging and influencing people starting in real estate.

In addition to his important work on behalf of fair housing, Williams served as president of the Southside Chicago branch of the National Association for the Advancement of Colored People (NAACP) from 1979 to 1985. 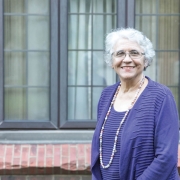 How to Integrate a Chicago Neighborhood: In three (not so) easy steps.