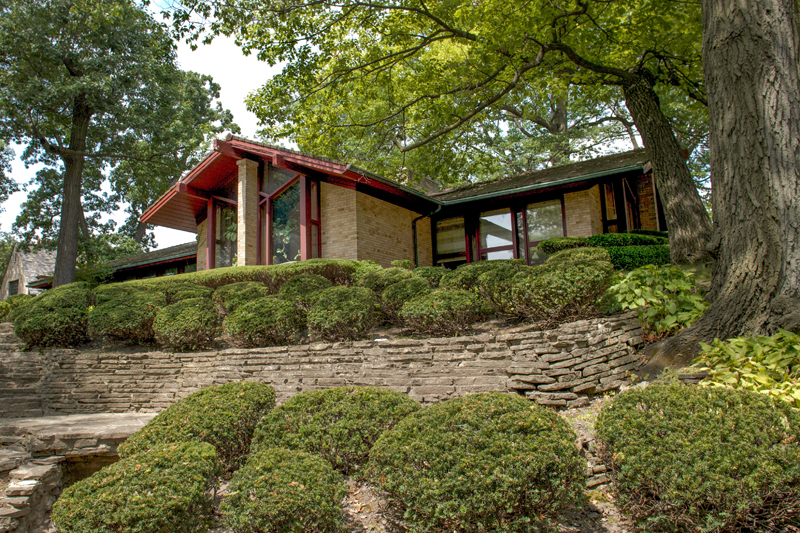 Long, long before the architects designed the hilltop mansions that help to define the built form of what is now Beverly/Morgan Park, glaciers carved out the topography of the area, inch by inch, leaving behind the highest hill in Chicago.

“Elevation,” a major exhibition that opens on Sept. 17 at the Beverly Arts Center (BAC), 2407 W. 111th St., captures the impressive rise of Beverly/Morgan Park and how its elevation continues to inspire the beauty and culture of the community. The exhibit is the central focus of the BAC’s contribution to the 2017 Chicago Architecture Biennial, a city-wide exploration of how the past, present and future converge to create Chicago’s neighborhoods. The Biennial runs mid-September through early January, with the Chicago Cultural Center as the central location, and several anchor sites – including the BAC – that will offer a variety of artistic and inventive programming around the theme “Make New History.”

The inaugural Biennial was held in 2015, the manifestation of Mayor Rahm Emanuel’s vision for an international architecture event. The successful Biennial was developed by the Chicago Department of Cultural Affairs and Special Events. This year’s event brings the focus out into Chicago’s neighborhoods. It is the largest architecture and design exhibition in North America, and features presentations by more than 140 participants from 20+ countries.

The Beverly Arts Center’s selection as one of a half dozen anchor sites is quite prestigious, and provides a spectacular opportunity to showcase the neighborhood.

“Beverly/Morgan Park is arguably the most architecturally significant residential neighborhood in the city,” said architect James Gorski, founding principal of Bureau of Architecture and Design and Beverly/Morgan Park resident. Gorski is the visionary talent behind the “Elevation” exhibit at the BAC.  “[The community’s] extraordinary glacial beginnings and resulting topography combined with the mid-19th century introduction of the Rock Island commuter rail spurred a steady development of well-designed and crafted residences from the late 19th century through the building boom of post-World War II.”

Using architectural installations, maps and photographs, “Elevation” will be located the BAC’s Simmerling Gallery and offer a compelling encounter that illustrates how the massive glaciers literally shaped our community and, millions of years later, provided an inspiring palate for renowned architects like Frank Lloyd Wright, H.H. Waterman, Walter Burley Griffin, G. W. Maher, Edward Dart and many others.

“The exhibition celebrates Beverly/Morgan Park’s exceptional history and architectural pedigree while seeking to engage the local and visiting community in a dialog for the future vision of the neighborhood,” Gorski said.

Gorski designed the exhibition and has worked closely with other local talents whose efforts are bringing “Elevation” to reality. Photographer Rebecca Healy has photographed more than 60 local buildings, capturing the artistry and unique design elements of their craftmanship. Her photos will reflect how today’s community has evolved from its historical roots.

“I approached shooting each piece of architecture from an artistic prospective, making sure to include the defining aspects of each building,” Healy said. She considered not just the building but the context of surrounding environment that, in a neighborhood like this, contributes so much to the overall artistry and impact.

Edris Hoover of Ridge Historical Society assisted Gorski with research into the earliest days of the area, helping to uncover information about the path of the glacier that created the Blue Island Ridge and the shores of Lake Chicago which once reached way beyond Longwood Drive then receded to what we know as Lake Michigan; the history of the area’s early native American residents and the influx of the pioneers who first built log cabins in the heavily wooded surroundings once known as Horse Thief Hollow; and the profound influence of the architects and home builders who, following the Great Chicago Fire in 1871, were so attracted to the hilly, rustic area just 30 minutes from the the city on the new commuter train.

Mauricio Caslan, a student at the School of the Art Institute of Chicago who works with Gorski at his architecture firm, helped to design the exhibit installations. Andy Horin of Plateau Properties helped Gorski build them.  Main Street Beverly blogger Jeff Danna provided ideas based on his quest to foster urban walkability and connectedness in residential and commercial areas.

Exhibition visitors will be pivotal in the Make New History component of the Biennial at the BAC. In the gallery, through programs, in poster-making and in other arenas, they will be asked to share their ideas for how Beverly/Morgan Park may look and function in the future.

The official unveiling of the elevation themed mural by Elaine Miller, will be Sept. 10, 10 a.m., in the city parking lot at 95th and Longwood Drive. The mural was commissioned by the Beverly Arts Center as a gift to the community, and funded by a grant from the Chicago Architecture Biennial.

The “Elevation” exhibition will open to the general public on Sept, 17, 2 to 4 p.m., in the Simmerling Gallery at the BAC. In addition to the expansive installation and art in the gallery, the Biennial exhibits in other BAC gallery spaces will feature watercolors of neighborhood institutions by artist Judie Anderson and architectural photographs by Mati Maldre from his comprehensive documentation of Beverly/Morgan Park architecture for exhibit at the Chicago Architecture Foundation in1986. Photos from Maldre’s exhibit are used in BAPA’s Historic Homes brochure which will be available at the BAC to encourage people to continue their “Elevation” experience by exploring the neighborhood.

During the Beverly Art Walk on Oct, 7, BAC Biennial visitors will enjoy hands-on activities for kids that include building a Lego city and creating posters of what Beverly/Morgan Park will look like in the future.

On Oct. 19, 7:30 p.m., the BAC will host a panel discussion with the Chicago Architecture Biennial south side anchor sites on how the arts affect neighborhoods. Participating are BAC, Hyde Park Art Center, DuSable Museum and National Museum of Mexican Art.

Planned programs also include a teen studio workshop on Nov. 18, and ongoing activities.

For more information on local Biennial events and programs, contact the Beverly Arts Center, 773-445-3838 or www.beverlyartcenter.org. For information on citywide activities for the Biennial, visit chicagoarchitecturebiennial.org.