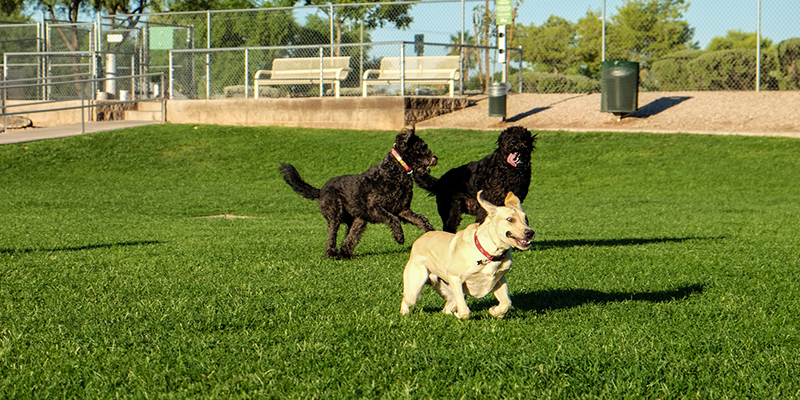 Walk down any street in Beverly/Morgan Park and you are sure to run in to several neighbors, both two and four-legged. The South Side is home to many dog-loving residents and dog-friendly businesses. With most homes in our community having backyard space, plus several neighborhood parks, the Dan Ryan Forest Preserve, and a complete sidewalk system that allows neighbors to walk their dogs for miles, Beverly/Morgan Park is an ideal community for dogs and their owners.

In 2020, pet ownership increased as a result of the pandemic. The American Pet Products Association reported in its latest “COVID-19 Pulse Study” that 11.38 million U.S. households got a new pet during the pandemic. The Washington Post reported in January that some shelters and humane rescue groups were seeing double the typical number of requests from people to adopt dogs since the pandemic hit the United States in early spring 2020. Adding a furry friend to the family was a popular and healthy way for individuals to cope with the pandemic. With pandemic restrictions loosening, warmer weather setting in, dogs and their owners can be found walking, running, and hanging out throughout the neighborhood daily.

A 19th Ward Pups Facebook group and organized dog meet-ups have become popular as owners look to give their dogs more space to run, more dogs to play with, and to connect with other dog owners. However, due to leash ordinances, many of the off-leash activity that takes place at our parks is illegal and creates safety issues for both dogs and people.

Dog parks have become a response to leash laws, allowing dogs to run free with other registered dogs, while allowing both people and other dogs to safely walk, run, or bike past these secured dog park spaces. According to the Chicago Park District’s website, there are currently 35 designated dog-friendly areas (or dog parks) in city limits. However, only one of those parks is located south of 47th Street and is approximately 9 miles from our community, not ideal for Beverly/Morgan Park residents and their pups.

Creating a local community dog park space has started to gain traction. “I truly believe that dog parks are a community-building amenity for families and they are an asset for public health, both physical and mental, primarily for humans, but also for many dogs,” Angie Robertson, Beverly resident who recently served on the McKinley Park committee to bring a dog park to that location. Over the years BAPA has received several inquiries about bringing a dog park to the community, and several residents have attempted to go through the process to create those spaces. With several new pups in the neighborhood and even more neighbors interested in helping make the dog park a reality, BAPA, with the help of residents like Robertson, has taken the lead to help neighbors advocate for a dog park in Beverly/Morgan Park.

On May 20 neighbors in support of a dog park joined BAPA at Barnard Park for a kick-off meeting. BAPA’s Executive Director, Mary Jo Viero, Community Outreach Liaison Cathriona Fey, and Business Liaison Brittany Wiley were on-hand to outline the process to create a designated dog-friendly area, as meeting attendees shared ideas and asked questions about the dog park designation process. Next steps in the process include encouraging neighbors to get their dogs registered with the City of Chicago and deciding on a potential location for the dog park. With little to no available land in the area to acquire, currently a portion of existing Chicago Park District land would need to be considered for the park.

Three options discussed at the May 20 meeting included Barnard Park, Prospect Gardens Park, and the strip of land on Walden that is part of Ridge Park’s total land area. If Chicago Park District land is going to be used for the dog park, a Park Advisory Council and Dog Park Committee will need to be formed. Several neighbors indicated interest in volunteering for those roles. The group will reconvene for a follow-up meeting mid-June.