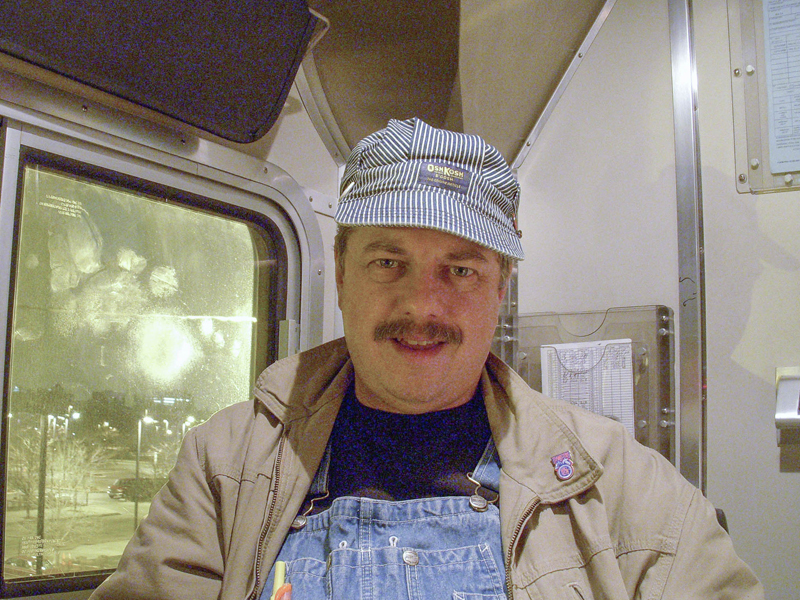 Trains are a common topic in Chicago, but how often are railroads given credit for their role in the city’s history?

Self-declared railroad history buff and Beverly/Morgan Park resident David Daruszka says not often enough. Daruszka is a retired locomotive engineer for Metra and the Vice President of the Blackhawk Chapter of the National Railway Historical Society. The advocacy work of this club paid off earlier this year when Mayor Rahm Emanuel signed an official Proclamation declaring November “Chicago Railroad History Month.” The purpose? To bring public recognition to the history of railroads in the city.

“Most people don’t know how integral the railroads were in making Chicago such a bustling city,” Daruszka said. “We think it’s important that people are made aware of the role these railroads played. And still do play.”

The timing of this proclamation is no coincidence: Nov. 20 marks the 170th anniversary of the day the diminutive locomotive “Pioneer” carried dignitaries to a location 10 miles west of the city, returning with a load of grain sacks. This occurrence rapidly led to the construction of hundreds of miles of tracks across Chicago, making railroads a major factor in the growth of the city and its influence in the nation’s commercial life and social landscape.

In fact, the birth and subsequent growth of the Beverly/Morgan Park neighborhood was largely due to the building of these railroads. Life outside of Chicago proper was appealing, and it was made possible thanks to the daily commuter trains that brought men to and from work downtown.

“This neighborhood would not be here today if it weren’t for the railroad,” Daruszka said. “So many people live here and ride the train every day, but they have no idea how important these trains actually are.”

In 1948, the Chicago Railroad Fair was held in celebration of the 100th anniversary of the Pioneer’s inaugural journey and featured along Lake Michigan exhibitions of trains and equipment from many of the nation’s railroads. Recreating a similar extravaganza in 2023 is one of the reasons Daruszka and his group petitioned for Emanuel’s declaration.

“Our goal is to spread the word to various community groups, museums and historical societies throughout Chicago,” he said. “Hopefully this will become a sustaining effort that leads to a gala celebration of the railroad’s 175th anniversary.”

Trains are important from more than a historical perspective, Daruszka said. He believes trains are also the way of the future. As traffic becomes ever more frequent, transportation by way of automobile becomes less and less efficient.

Daruszka is already on board with this form of travel. Just last month, he took an 11-hour Amtrak ride to visit his mother in his hometown of Buffalo, NY. Aside from the lack of leg room in Coach, the trip went well, he said. Because Daruszka likes traveling by train. And considering his passion for the railways, you could say he has yet to disembark.