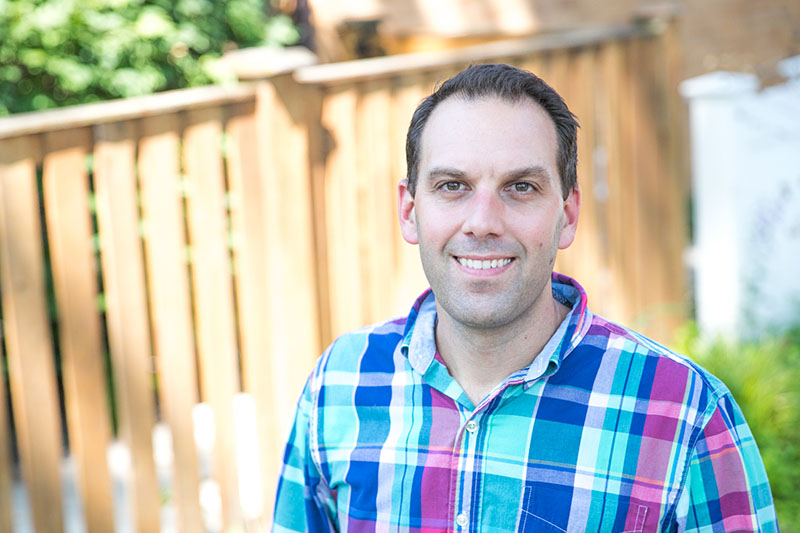 Chris Vodicka comes from an extremely competitive family, so it’s no surprise that he and his brother, Zach, decided to climb Mt. Kilimanjaro to raise much-needed money for research supporting Parkinson’s disease. Their father, Bob, was diagnosed with the debilitating and progressive disease in 2014.

The Mt. Kilimanjaro climb is sponsored through the Michael J Fox Foundation; the Vodicka brothers are each tasked with raising $10,000 for the foundation to support Parkinson’s research.

“My dad’s always been an adventurous person. Growing up was all about the outdoors and competing with one another,” Vodicka said. “My dad always wanted to climb Mt. Everest, and he loves reading about it and watching documentaries about it. Everest is a really technical climb, though; after hearing about the Michael J Fox Foundation support of a Mt. Kilimanjaro climb — and the fact that it is more of a very strenuous hike than a technical climb — we knew we had to do it.”

Vodicka and his wife, Jessica, grew up in the northwest suburbs and moved to Beverly/Morgan Park after spending a glorious day at the South Side Irish Parade in 2009. Now with three children, Anna, 5, Max, 3, and Saachi,1, the entire family is getting involved in the fundraising efforts. “The kids are so excited that I’m doing this. They had a lemonade and cookie stand and raised $350!” Vodicka said. “Raising money has been a huge thing for our whole family.”

Bob has been doing really well, although his extremely athletic lifestyle has changed. “He has slowed down, but thankfully his deterioration has been slower than others with Parkinson’s,” Vodicka said. “They say that ‘if you’ve met one person with Parkinson’s, you’ve met one person with Parkinson’s.’ It affects everyone differently. My dad has maintained a positive attitude and realized his limitations as they’ve come. He sets daily goals for himself and makes sure he approaches every day with a good attitude and making the most of every minute he has.”

To prepare for the intense trek on Aug. 8 through 13, Vodicka has relied on nearly constant activity, like wearing a 20-pound weighted vest when doing normal daily activities, to get used to walking around with a heavy pack. He’s also run multiple marathons, so he’s used to putting his body through intense training.

With three young kids at home, Vodicka has had to get creative with his workouts, like getting up at 4:30 a.m. to get a run in. “I’ve been running with the Running Excels group runs; Bev Lynch has been phenomenal in the amount of support and encouragement she’s given me,” he said. “My brother and I have a trip planned to Starved Rock to test our gear and spend the full day hiking up and down.”

As far as the actual summit, Vodicka and his teammates will slowly hike to get acclimated to the altitude. It will take six days to get to the summit. “On day six, we have dinner and sleep for about four hours. At midnight, we get up and pack and start the trek to the summit. Summit day will be at least 16 hours with the intention of hitting the summit at sunrise,” he said. “Then, we book it down the mountain in two days.” There’s a good chance he and the team will need oxygen tanks, and they have the support of experienced porters to help them with their gear and getting the team from camp to camp.

“We have to prepare for each season; we’ll start in about 80-degree weather at base camp, and at the summit we’re expecting it to be anywhere from -20 degrees to +20 degrees,” Vodicka said. “So, we need to haul a lot of different gear with us to prepare for rain, snow, extreme freezing, and slugging through marshes.”

To donate to Vodicka’s quest to raise $10,000, there’s still time; head to https://Fundraise.MichaelJFox.org/Climb-Mt-Kilimajaro-2019/ChrisVodicka

“The great thing is that all donations will go directly to Parkinson’s research; there’s no overhead. It’s heartwarming to know that support for Parkinson’s disease is out there,” Vodicka said. “There are so many people you can talk to if you have difficulties with this disease.”