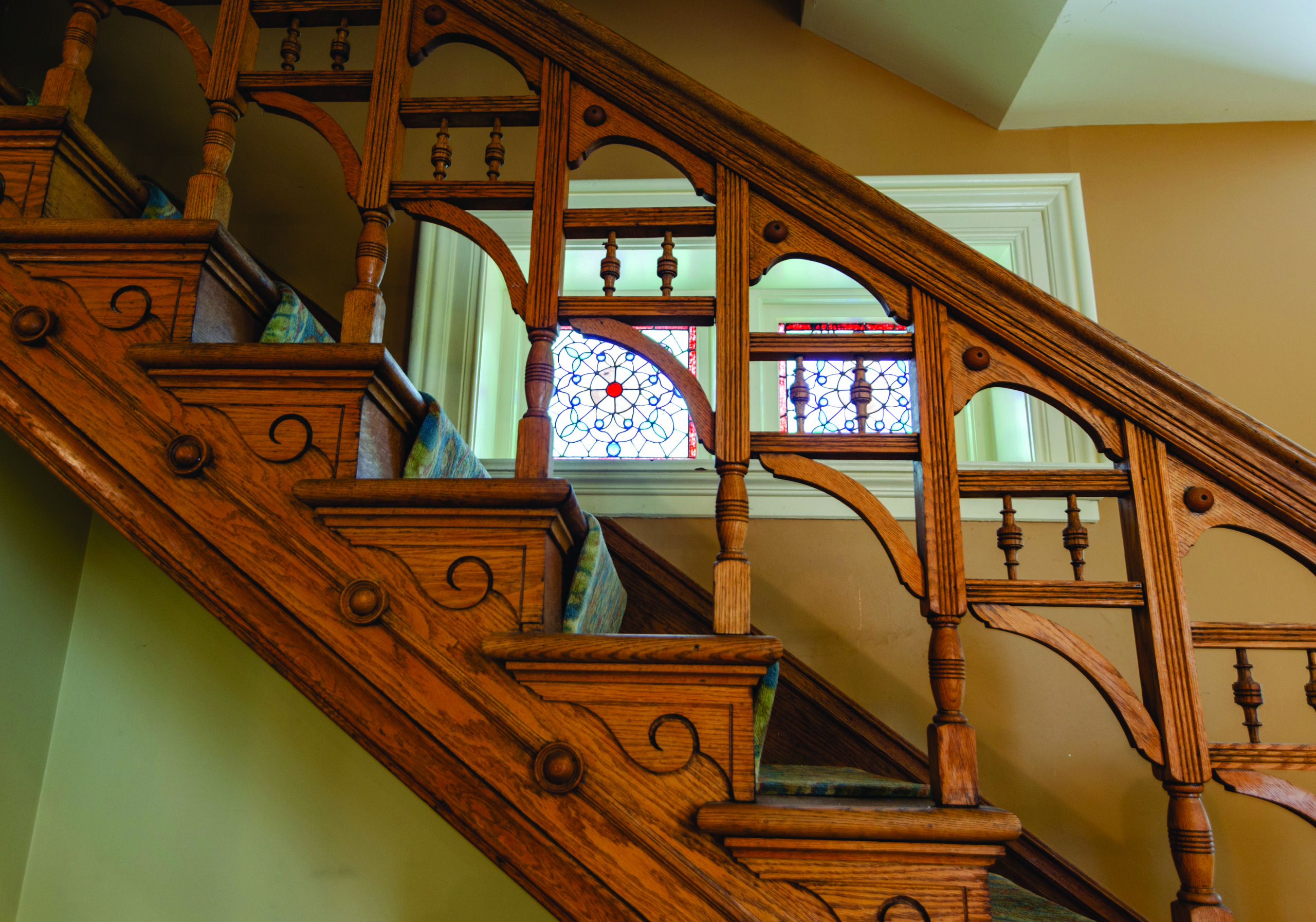 Eleven sites in Beverly/Morgan Park will be among nearly 350 of Chicago’s most intriguing buildings opening their doors for the Chicago Architecture Center’s (CAC) 9th annual Open House Chicago (OHC). Last year, Beverly/Morgan Park sites were included for the first time on the free, behind-the-scenes event, and nearly 3,000 visitors arrived on our community doorstep – most of them for the first time. This year’s tour will showcase several new locations, as well as a few of last year’s favorites.

One of the world’s largest architecture festivals, Open House Chicago is a two-day public event taking place Sat., Oct. 19 and Sun., Oct. 20, with most sites open 10 a.m. to 5 p.m. both days, but check the Open House Chicago Event Guide, available at all participating locations, for any time limitations.

The Beverly Area Planning Association worked with OHC planners to identify and recruit Beverly/Morgan Park locations for this year’s event.

“We are thrilled that people from all over Chicagoland will have a chance to get an inside look at the diverse architecture and historic buildings that make Beverly/Morgan Park so amazing,” said BAPA Executive Director Susan Flood. “Being on Open House Chicago’s map has the potential to bring more new visitors to our neighborhood. BAPA is proud to be a partner in this citywide event.”

Chicago Tribune architecture critic Blair Kamin recommended the Givins Beverly Castle in his top ten list of Open House Chicago sites to see this year. In the item, Kamin wrote, “In addition to its wealth of Prairie Style houses, the Far South Side’s Beverly neighborhood boasts this curiosity A castle-like mansion built of rock-solid Joilet limestone . . . it is a Beverly icon and Chicago’s only castle.” 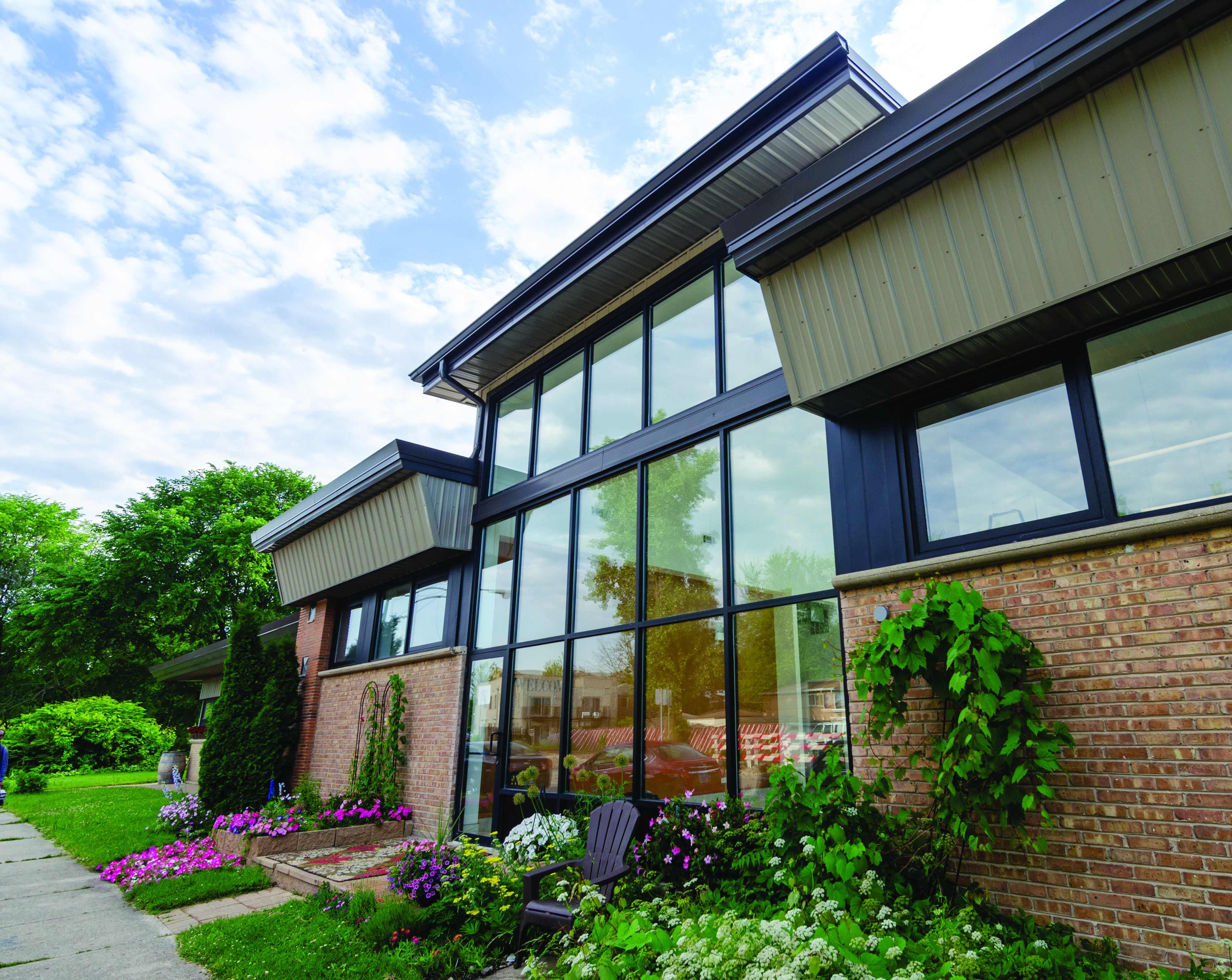 Chicago’s first meadery uses local ingredients and its own honey – there are hives on the property – to create a wide variety of mead flavors and styles. The transformation into the production facility and tasting room was designed by Moss Design in 2017 and features soaring ceilings and huge windows overlooking patio, garden and Dan Ryan Woods Forest Preserve. 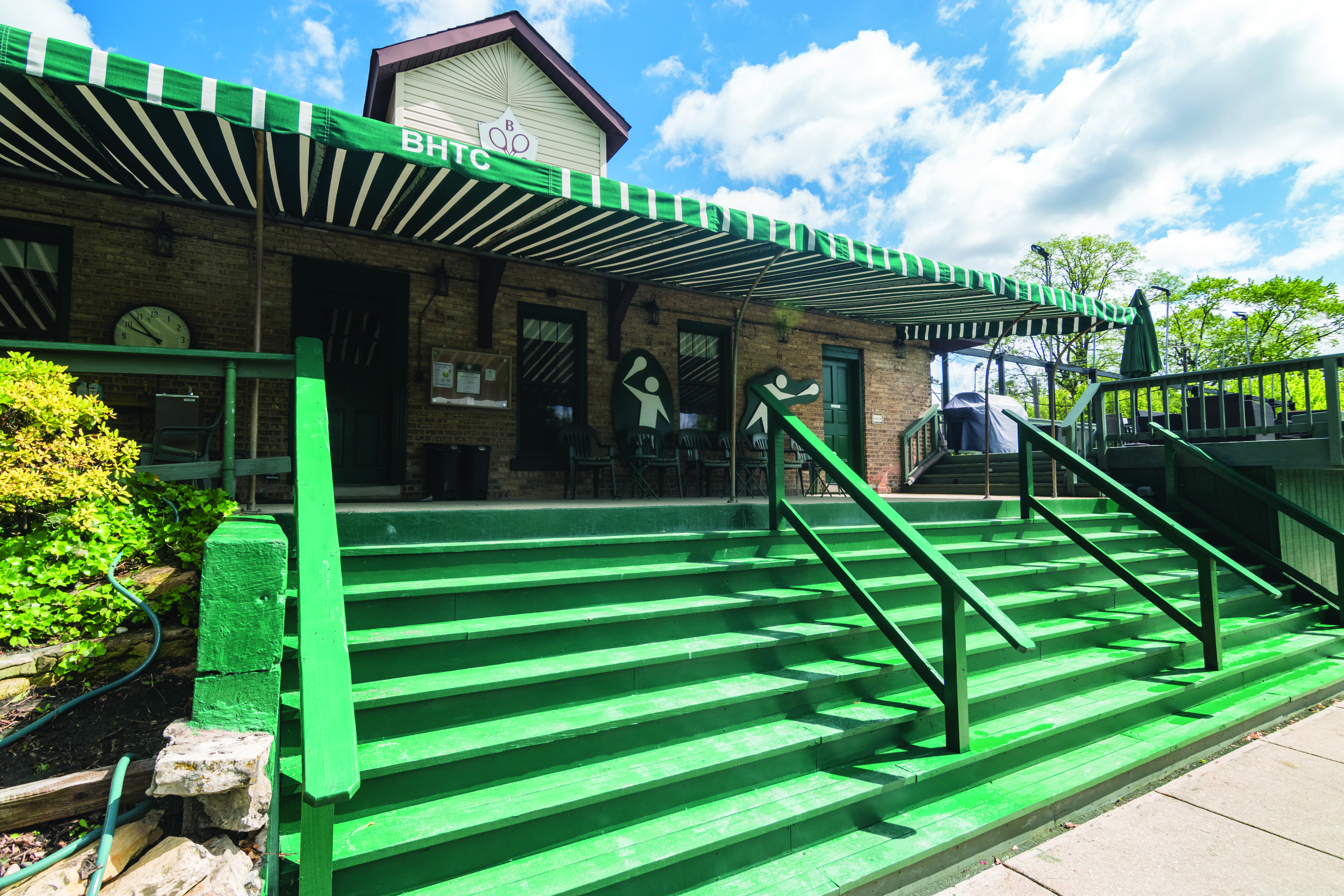 Founded in 1919 by a group of tennis-playing families, the current club property was purchased in 1926 and the first four courts were built with clay salvaged from a nearby street construction project. The clubhouse was built in 1928, designed to be converted into a private home, just in case finances became shaky. Soon after, the other four courts were built. The club survived the Great Depression and continued to grow. The clubhouse was remodeled in 1964 and three years later, fast-dry courts were installed. New clay is laid down every year to keep courts in top condition. In 1972, a regulation size platform tennis court was added. A more recent remodeling enabled year-round use of the club house. 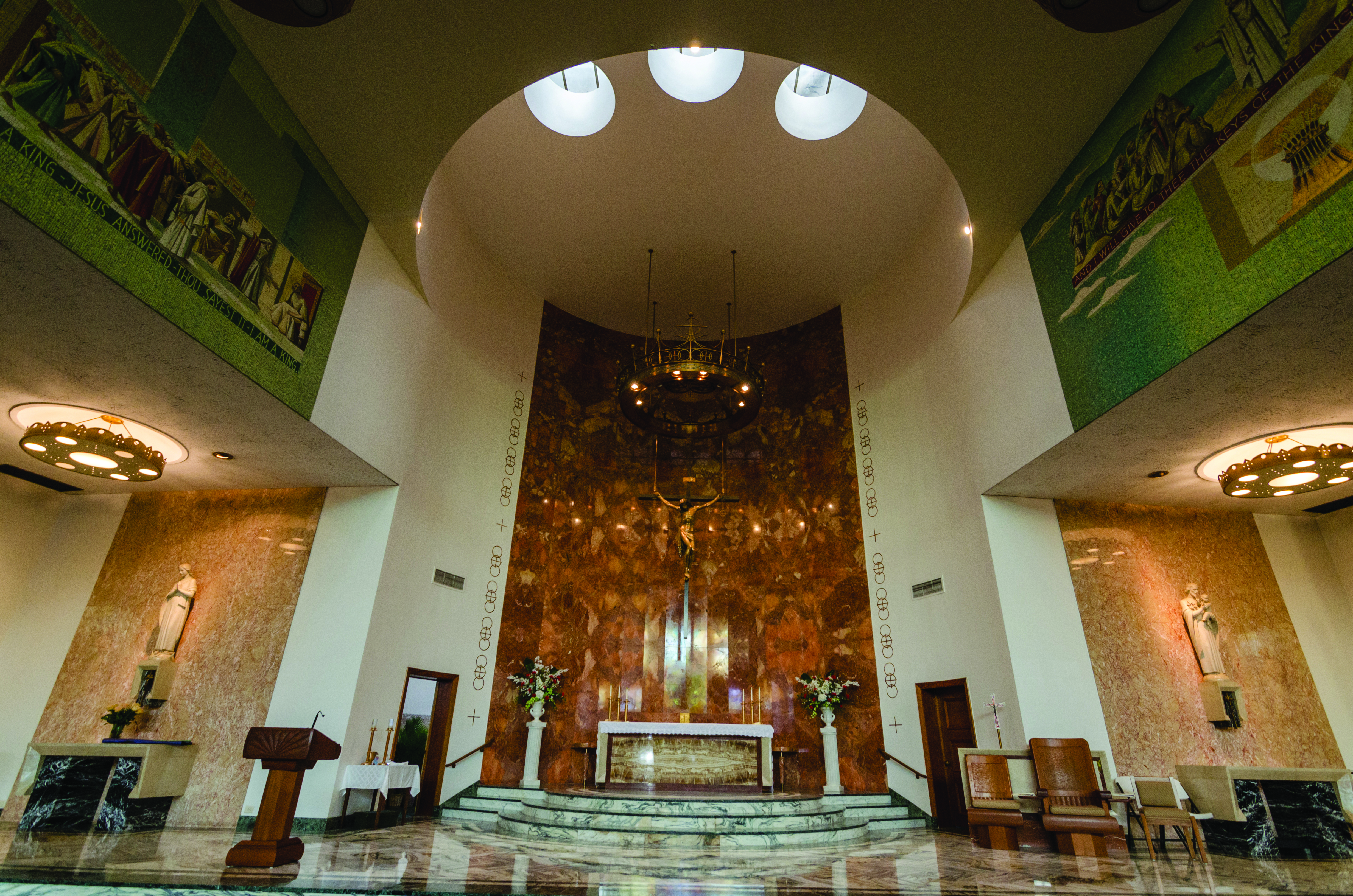 Christ the King parish was established in 1926 and the current church was constructed in 1955, designed by John Jay Fox Jr. of Fox & Fox Architects, a firm that specialized in designing Catholic schools and churches. Fox was a Beverly/Morgan Park resident and active Christ the King parishioner until he died in 2003. The fan shaped church was built on an angle and uses a blend of modern and traditional design emphasizing the symbols of crown and cross inside and out. Above the entrance is a stained glass and bronze figure of Christ the King. Marble and mahogany add to the beauty in the sanctuary. The mural about the windows is paintings on canvas finished in a mosaic effect. 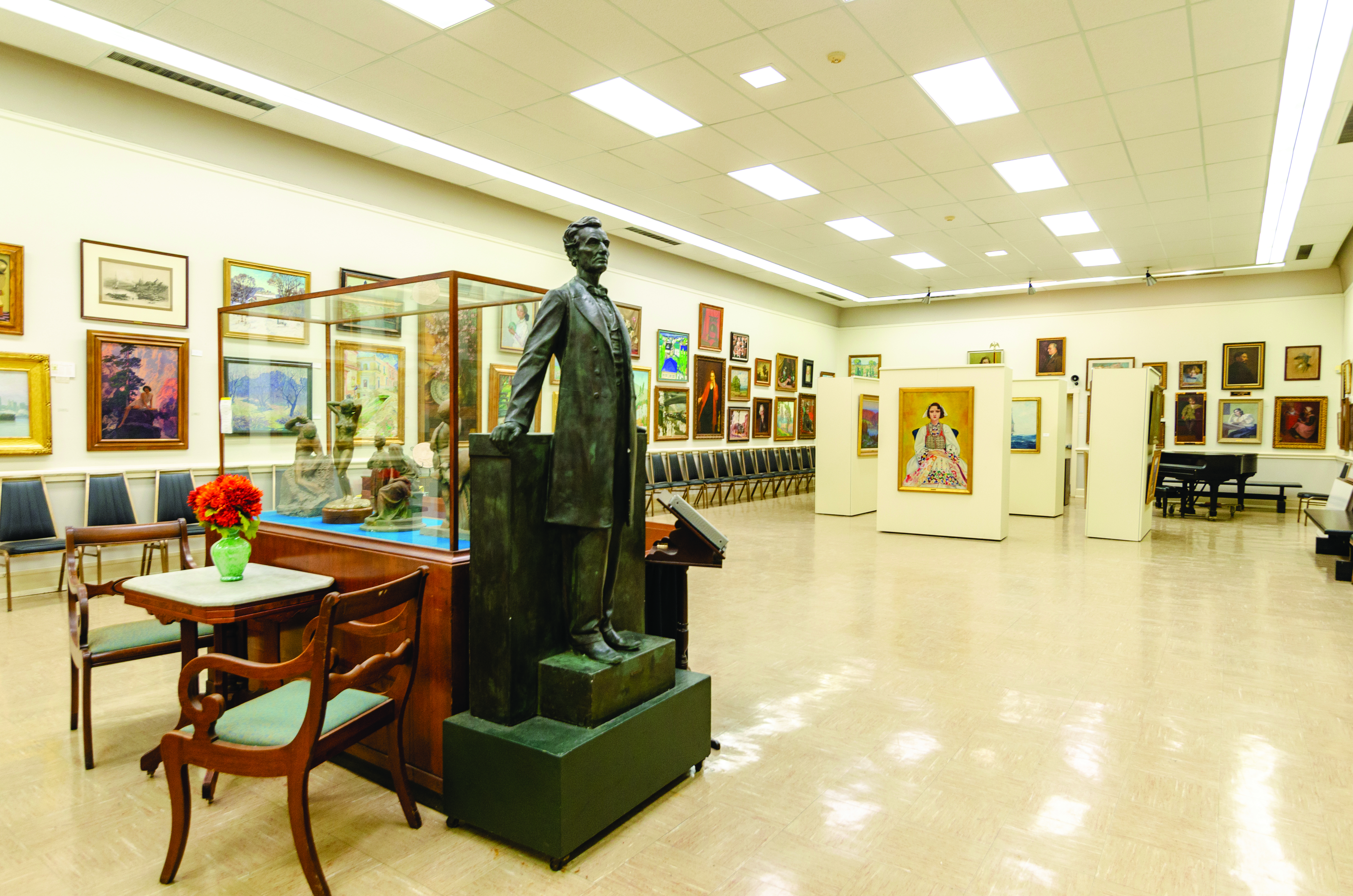 The collection of fine 19th and 20th Century art began with the acquisition of a work by Dutch artist John H. Vanderpoel, at one time a Beverly/Morgan Park resident and instructor at the School of the Art Institute of Chicago. The gallery is located in the Ridge Park field house, which was designed by John T. Hetherington in 1913 and in 1929 remodeled by Hetherington and his son Murray Hetherington, adding the wing that houses the extraordinary art collection. The collection is composed of nearly 500 works by noted American painters and sculptors, including Mary Cassatt and Daniel Chester French. 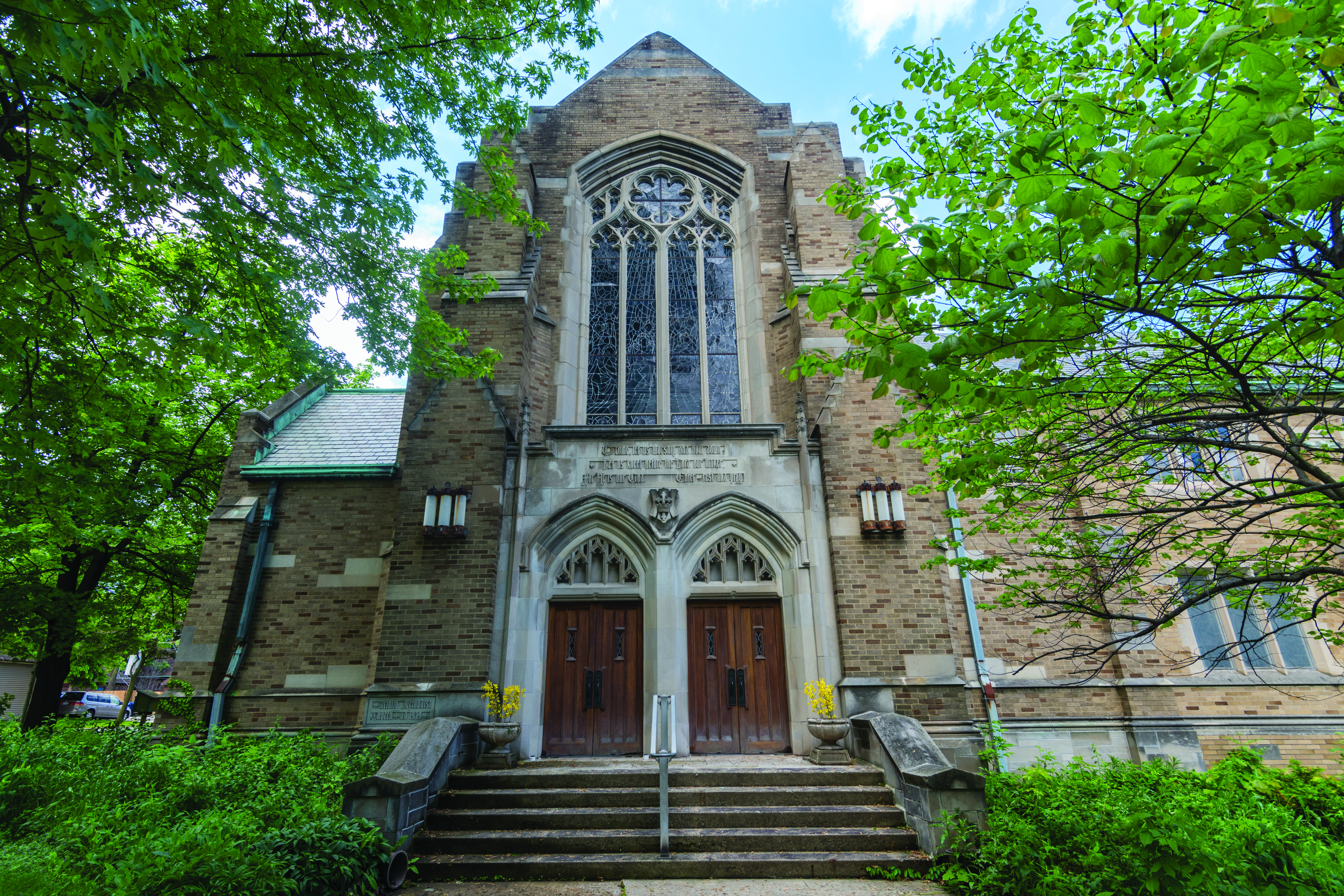 Formed from two congregations each with roots back to the 1800s, Trinity United Methodist Church was organized Beverly/Morgan Park in 1920, but the formidable gothic church and courtyard we see today were not built until after the Great Depression, and dedicated in 1940. Patterned after the Rockefeller Chapel at the University of Chicago, the church is designed in the shape of a cross with the chancel at the head of the cross, the transepts forming the arms, the nave forming the body and the narthex at the foot. The sanctuary and chapel showcase exceptional stained glass rich in color and symbolism. The windows in the nave depict stories from the bible. 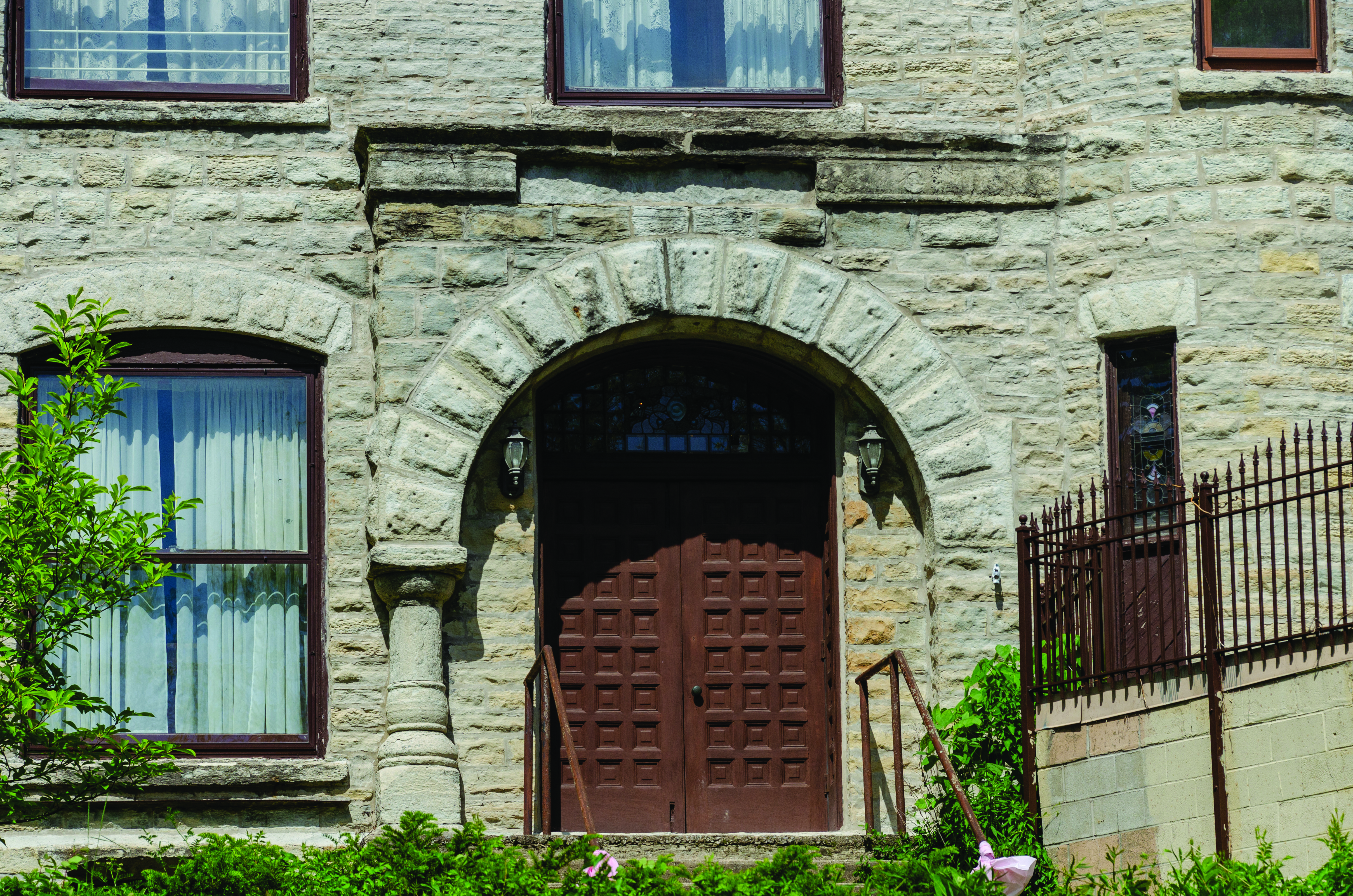 The community’s best known landmark was built in 1886-87 by real estate developer Robert C. Givins and originally used as his private residence. The three-story Irish castle is built from solid limestone and features crenelated turrets, stained glass and elaborate oak woodwork.  In the mid-1890s it was briefly rented to a private school for girls, then transformed back into a private home, wired for electricity and later sold to a physician. It has been home of Beverly Unitarian Church since 1942. Funds are currently being raised to repair and restore the roof and turrets. Learn more at givinsbeverlycastle.org. 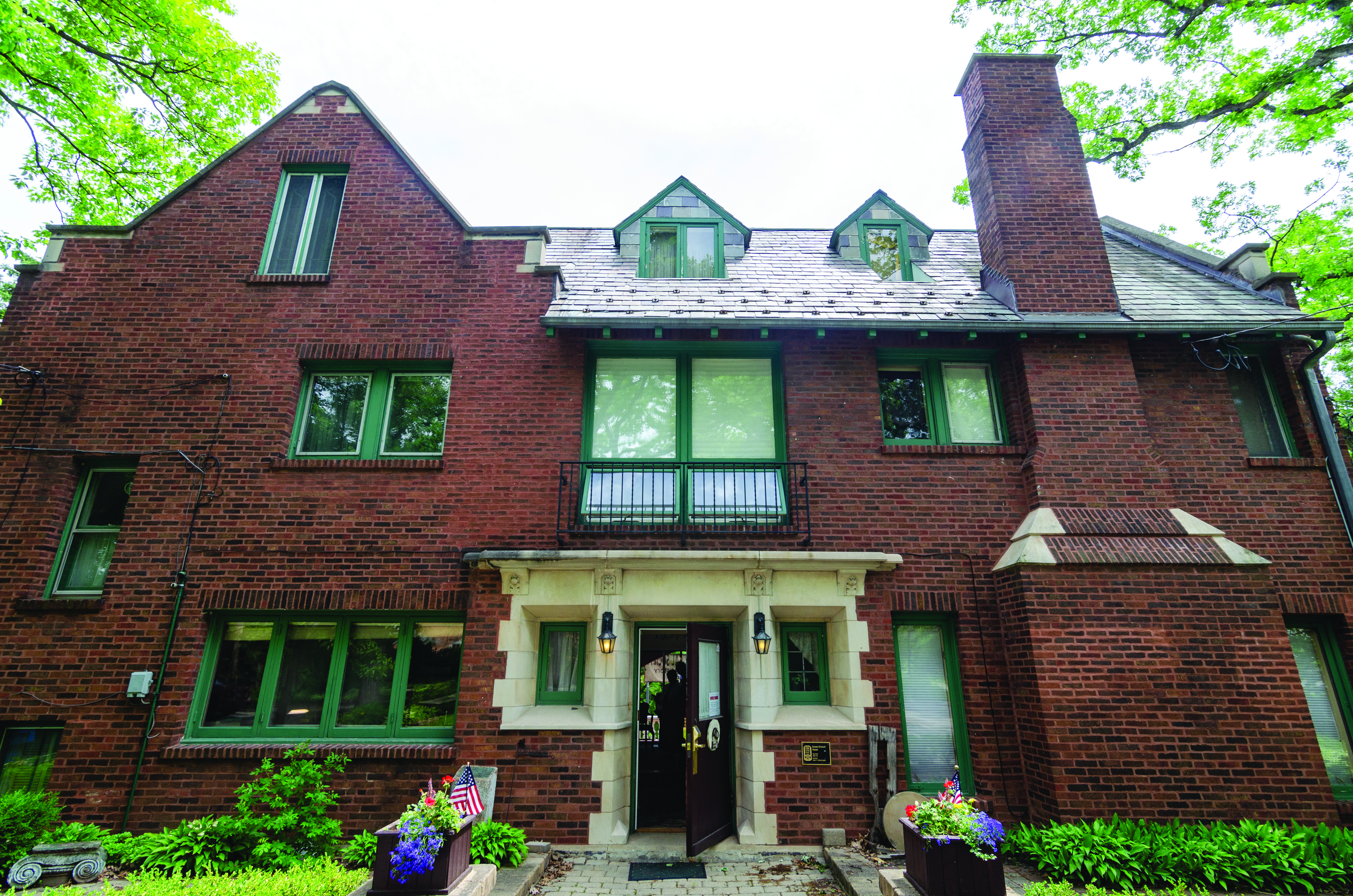 The Tudor Revival terraced mansion was designed by John T. Hetherington in 1921 and built in 1922. Terraced into the hill, the home was built for the Herbert S. Graver family and later owned by the Driscoll family, which donated it to the Ridge Historical Society in 1972. It is now officially named the Graver-Driscoll House. The Society maintains extensive archives and collections used for research, programs and exhibits, and works to preserve, protect and promote the history of the Ridge communities.

One of the oldest homes in Beverly/Morgan Park, the Queen Anne front of the house was built in 1873-74 and the Italianate style back added in 1877. The house was built for Isaac and Gertrude Blackwelder – he was the first president of the Village of Morgan Park and she was the first woman to vote in a groundbreaking 1913 Cook County election. The Elegant Victorian home was owned and restored by nationally recognized artist the late Jack Simmerling, and features carefully preserved architectural and design details. 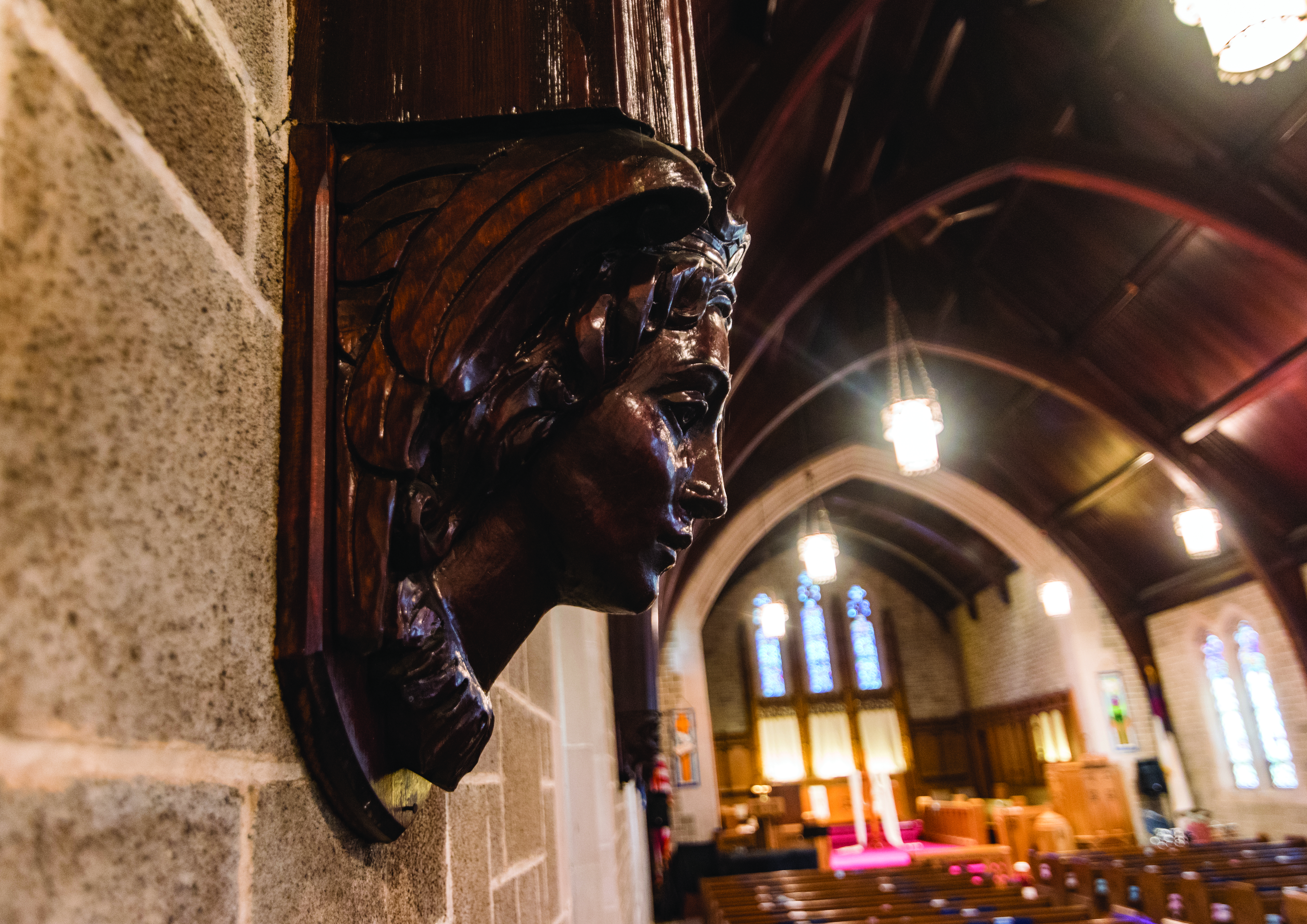 The first congregation of Morgan Park Presbyterian Church build a church adjacent to the Rock Island Railroad (for which many church members worked) in 1892. In 1933, fire destroyed the original church, and despite being in the throes of the Great Depression, the faithful congregation engraved a stone from the original church and laid it as the new church cornerstone in 1934. The new gothic church with the soaring tower was built on the foundation of the original church and  dedicated in 1941. The sanctuary was designed by Albert F. Heino with carved oak piers framing lancet windows and exquisite stained glass windows telling stories from the Old and New Testaments. 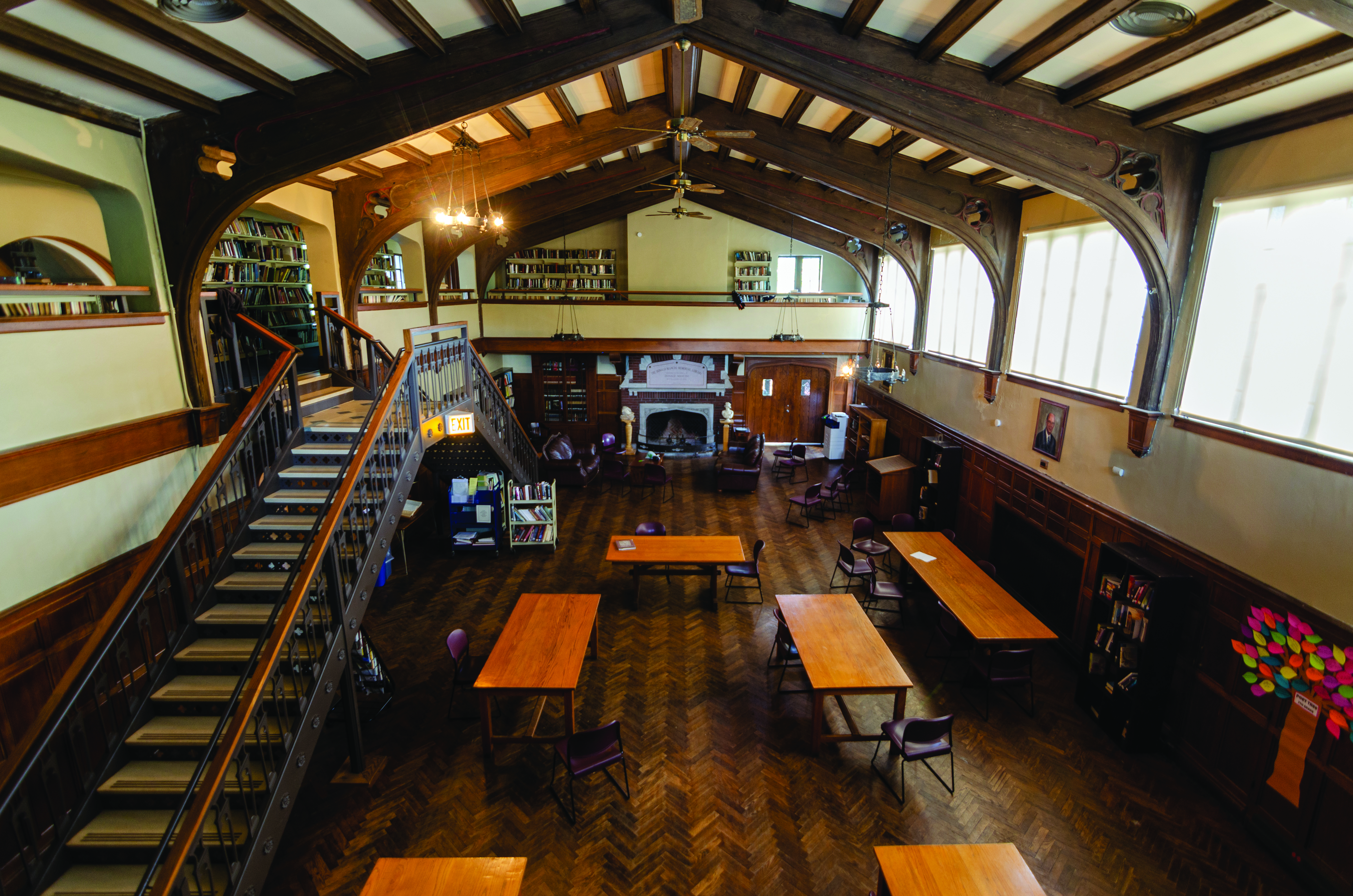 Built on the campus of what is now a private co-ed school founded in 1873 as Morgan Park Military Academy, Alumni Hall was completed in 1927 as a memorial to academy cadets who served in World War I, including seven who lost their lives. Note the restored military-inspired murals discovered during a remodeling. The building was designed by Ralph H. Oliver, an architect with Holmes and Finn and a 1904 academy graduate. The main hall on the second floor was built with 30-foor high ceilings and modeled after English baronial halls. Now used as the MPA library, the room features oak paneled walls, an enormous fireplace and wooden beams. 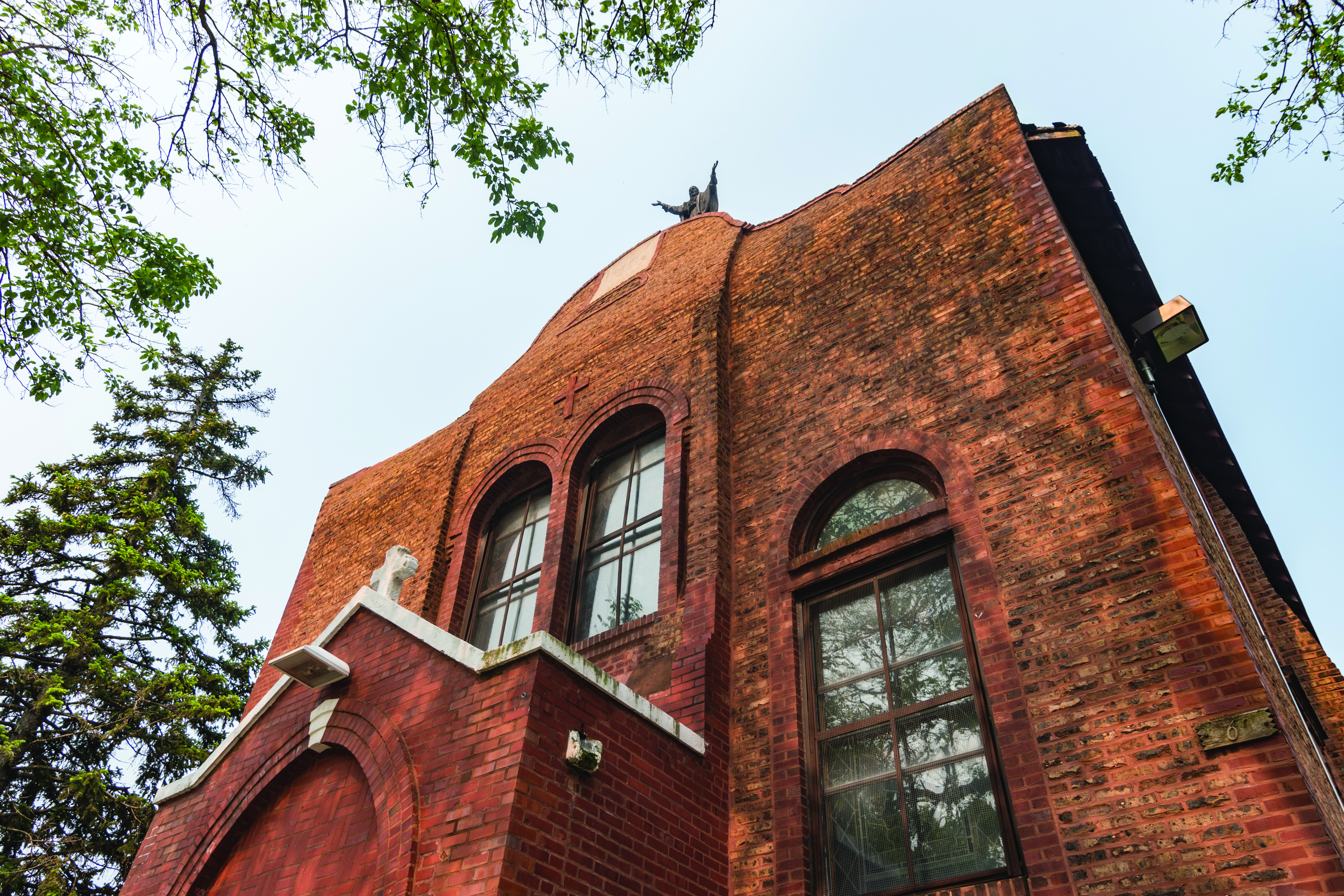 Sacred Heart was founded in 1892 for French settler, many of whom worked at the Purington Brick Yards nearby. The original wooden frame church was built on posts over a swamp in 1904-05. According to local folklore, Purington workers were allowed to take bricks that were not fit to sell, and that over the years, collected a few at a time, enough were accumulated to build the present brick structure around the old frame church in 1922. Due to declining attendance, the church was closed in 1979 and scheduled to be demolished but reopened in late 1982 as a mission of Holy Name of Mary Parish – there are only three other mission churches in Chicago – and with the caveat that the building would be brought up to fire and safety codes.

The Chicago Architecture Center is recruiting volunteers to help out at sites via openhousechicago.org/volunteer and people who wish to help out locally through BAPA can contact Grace Kuikman, gkuikman@bapa.org.

Wintrust is the presenting sponsor of Open House Chicago.

PrevPreviousLocal Actor Recalls a Brush  — or a Flush – with Broadway
NextWhat’s the SCORE?Next