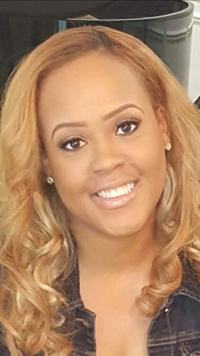 Beverly/Morgan Park resident Cassandra Taylor is a tenacious entrepreneur and founder of Just For Kids, a before and after school program that fills a much-needed childcare role in the community. Now entering its 13th year, Just For Kids expanded to include summer camp and school holiday programs to ensure kids have a safe and fun place to go when school is out of session and their parents are at work.

Taylor began her career as a Chicago Public Schools teacher, but felt called to serve the community in other ways after her first child was born. “I greatly enjoyed my time teaching in the classroom, but it had always been my calling to do something on a larger scale that impacted youth,” she said. “Teaching does this, but it has boundaries. The sky is the limit when you are operating your own establishment.”

After spending a lot of time in prayer, Taylor says God gave her the vision to develop an after school program. “I began to research the idea and speak with people in the industry in different states. Some local companies were discouraging as they stated ‘you’ll never be able to sustain serving school-aged children only.’ But it wasn’t, and still isn’t, about monetary gain for me. It’s about serving the community, helping other moms, and keeping children safe,” she said.

Just For Kids officially opened in 2005, and moved to space in Morgan Park Baptist Church in 2006. Taylor was able to make a sustainable business when others thought it couldn’t be done. Community support has been integral to her success. “I am most thankful for the wonderful committee of Morgan Park Baptist Church; they are the most loving, supportive and caring group of people. The neighbors of the church have been so kind in supporting our youth program in the community. Ald. Matt O’Shea has been a fantastic leader and his office is amazing in their support,” she said. “Our children and parents at Just For Kids are family and we seek to be a home away from home for our families.”

Aside from Just For Kids, Taylor has been a real estate investor in a family-owned business since 1999, and also owned and operated a literacy program for youth that she initiated in 1998. Now, she is working on a series of books that focus on spirituality and children. “The art and reflection that goes into writing requires a lot of time, prayer and solitude,” Taylor said. Yet she’s able to effectively balance her four children, plus her “kids” at Just For Kids.

As a positive and spiritual individual, Taylor encourages other female entrepreneurs to keep looking at the glass as half full and surround themselves with positive people. “If it sometimes boils down to only you, that’s just fine. God needs personal time to work with you on what your assignment is. Stay focused. When one door closes, there are plenty of others that are available to open. Don’t beat yourself up when failures happen, they exist to make you stronger. This world is gigantic, take your dream where it’ll work for you and you for it!”