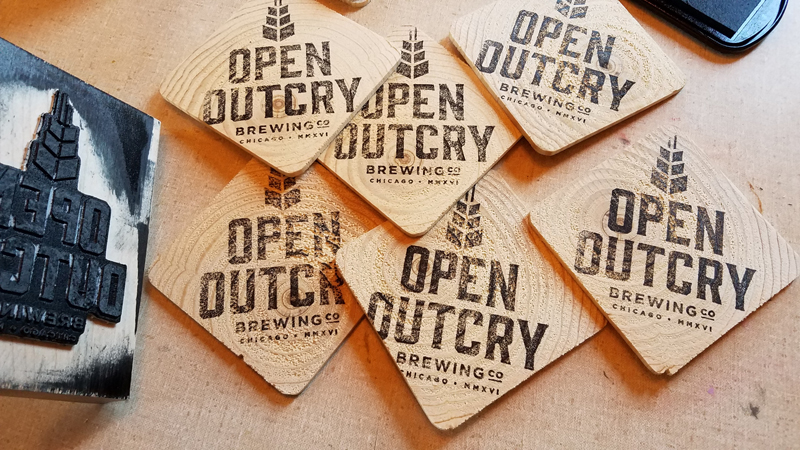 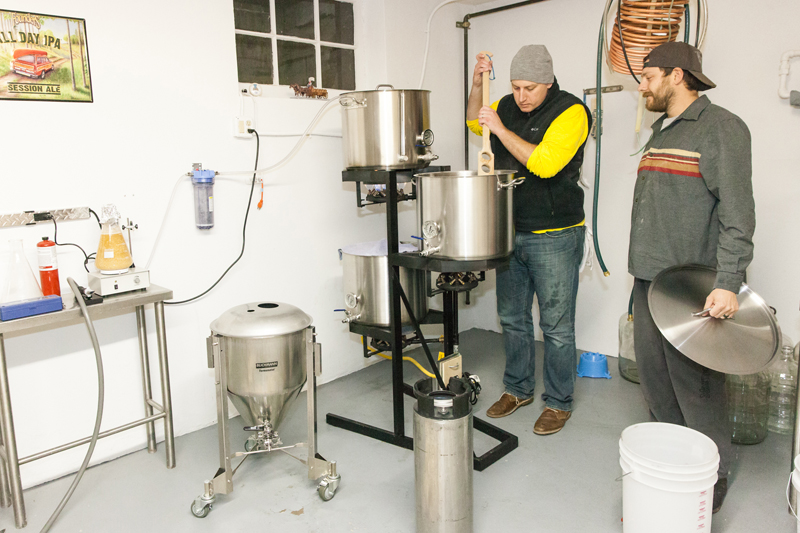 When John Brand married a girl from Beverly/Morgan Park in 2005, he probably didn’t realize it would change his career path.. For their first anniversary, his wife Elise gave him a beer-making class at Bev Art Brewer & Winemaking Supply. It turned out to be the perfect hobby for Brand. He converted the second bathroom in their South Loop residence into a microbrewery, setting up fermenting tanks in the shower and modifying the plumbing.

Then five years ago, Brand, an auditor in the futures industry, started thinking of brewing as more of a vocation than a hobby.

“I enjoyed my career and worked very hard at it, but I’m a very entrepreneurial guy,” he said. “I wanted to see if I could be successful in a start-up business.”

His passion for brewing and the popularity of the craft beer industry gave Brand the focus he needed to start working on a business plan.

“Step one was to buy a house in Beverly/Morgan Park,” he said. He and Elise were ready to settle into a neighborhood where they could raise their family, and John required a basement that could accommodate his brewery. The couple found just what they were looking for and moved in in 2013.

With Elise behind the idea, Brand began working on a business plan and assembling everything he needed to transform Open Outcry Brewing Co. from a dream into a reality. The brewery’s name references the “open outcry bidding” once popular on the trading floors of the futures exchanges.

One of his first calls was to Margot Holland, BAPA Executive Director.

“When I talked to Margot, it became clear how unique and special this neighborhood is,” Brand said. Holland put Brand in touch with Neil Byers, owner of Horse Thief Hollow. “From day one, Neil has been a valuable resource and friend.”

Last year, Brand purchased property on the 10900 block of Western Avenue. One of the storefronts was the former location of O’Brien’s. That, plus three other stores, will become a nearly 4,000 square foot brewpub.

Open Outcry Brewing Co. will have seating for 110 and a 25-seat bar where fresh, cold beer will be tapped right from gleaming brite tanks using custom made goose-neck faucets. Tap room customers will be able to view brewery operations through a glass wall. The kitchen will serve pizza and other “hand held” dishes cooked in a wood burning oven.

All the tables are being hand-crafted from reclaimed wood by Jered and Martha Zubaty of Repurposed Midwest, a small company that uses historical wood from barns and other structures for modern projects, and local woodworker Tom Nagel.

With 10 years of brewing behind him, Brand has a lot experience in small-batch craft beers. He is now working with Will Goelbiewski, a neighborhood resident with extensive production scale brewing experience, to develop the menu of craft beers for Open Outcry’s thirsty customers.

“The idea is to have three staples in the beer portfolio, then brew styles we like,” Brand said. Staples will most likely include a pale ale, a rotation of seasonal IPAs, and a cream ale. His enjoyment of brewing and tasting beers will certainly be reflected in the bar offerings, which Brand says will include stout in winter and, eventually, some barrel-aged beers.

Brand has teamed up with Chef Cesar Lopez to create a menu of specialties for the wood burning oven. Lopez, whose last project was the Fuller House in Hinsdale, is known for his Neapolitan style dishes which should translate beautifully to the wood burning oven – simple and fresh. Open Outcry’s kitchen will also serve salads and children’s options.

“I’ve had so much support from BAPA, the 19th Ward, residents and businesses,” Brand said, adding that these experiences sealed his commitment to opening his business right here in the community. That spirit of support and camaraderie was covered by several news outlets last summer when Neil Byers sold Brand some brewing tanks that were being replaced at Horse Thief Hollow. Byers delivered the tanks by forklift, driving down neighbor streets to cover the path from 104th to 109th Street. It was quite a sight!

Brand is confident that his new enterprise will be a part of a growing local food and beverage scene. Keep up with Brand’s progress toward opening on Facebook at Open Outcry Brewing Company.