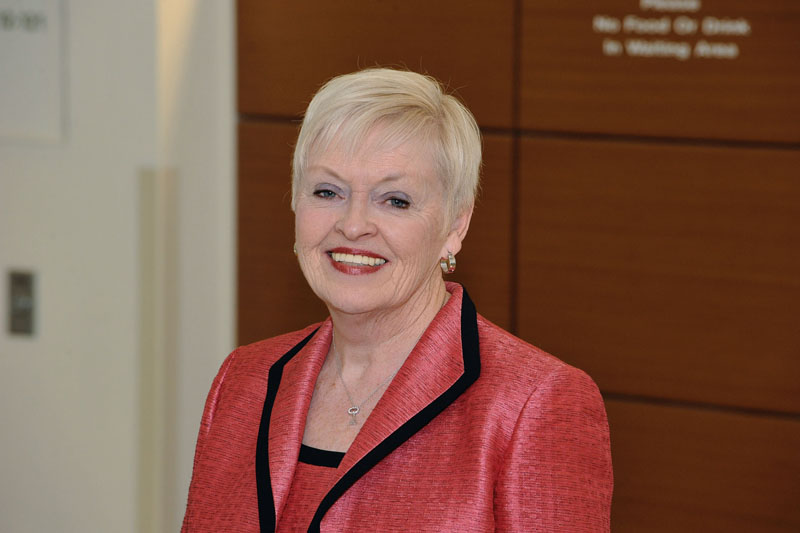 Joan Murphy recently retired from Little Company of Mary Hospital (LCMH) after 53 years of dedicated service. Murphy spent her time at LCMH changing the lives of women with her unique blend of Christian humor, faith-based nursing and love of life. Murphy is a registered nurse with an MS in Management and a PhD in Behavioral Psychology. Murphy served at LCMH as an ICU Nurse, Director of Community Health and, most recently, Leadership Mentoring Specialist.

During her time as Director of Community Health, Murphy cultivated many relationships and health and wellness opportunities for women and the community through the hospital’s Health Educations Center and the Women’s Wellness Consultants. Murphy began teaching community wellness classes in the early 1970s, which included disease prevention, diet, medication, stress management and exercise. She knew 30 years ago that the female presence in the household was the most influential in the family’s healthcare decisions. These programs were so well recognized that LCMH received national acknowledgment from the American Hospital Association. Murphy’s efforts also were awarded by the State of Illinois with the Illinois Governor’s Council on Health and Fitness Award in 1991.

Over the years, Murphy and her community wellness team created numerous programs for the entire family. Murphy has been an innovator of community health and continues to utilize her PhD in Behavioral Psychology, focusing on humor and its powerful impact on health. Murphy developed CHEER (Choices, Humor, Enhancement, Education, Renewal), which is a free program that works by bringing community members who have life-threatening diseases together to interact and heal through laughter and positive attitude.

In 1985, Murphy developed LCMH’s first annual Women’s Wellness Weekend. This popular event gave women a chance to get away for the weekend and be in the company of other women, focusing on themselves, renewing their spirits and learning better ways to care for themselves and their families. Murphy also was instrumental in creating an annual Women’s Event at LCMH that features an expert physician who focuses on women’s health issues.

Murphy transitioned to her role as Leadership Mentoring Specialist in the fall 2015. She offered positive support and provided both individual and cohort counseling sessions to leaders in the LCMH organization.

“Murphy brings love and laughter to all who know her,” said Mary Jo Quick, Vice President of Mission and Spirituality at LCMH. “Even through nursing a family member through a chronic illness, she never revealed that her day’s events might be the slightest bit stressful. Murphy is known for reminding others to ‘let your performance be bigger than your applause.’ She has touched the lives of thousands and has played a large role in ensuring the southwest Chicago area is a healthier place for women to grow and succeed.”

Murphy is a loving mother of three and grandmother of seven. Her children Colleen, Peggy and Vince are in the helping professions of special education, nursing and social work. Since the passing of her beloved husband Vince nearly a decade ago, her four-legged love, Oliver, has given her a new “leash” on life and many laughs.