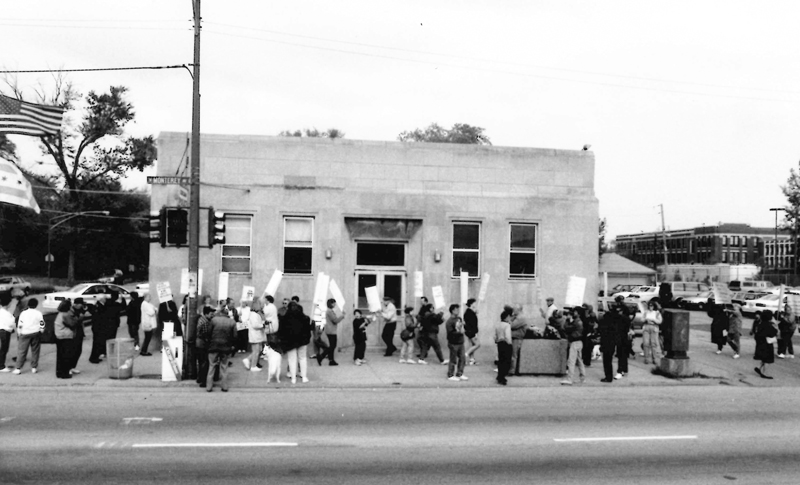 In 1980, the Beverly Area Planning Association’s stated mission was to sustain the Beverly/Morgan Park neighborhood as a “quality, stable, integrated community.” Sociologists had projected that the area would follow the pattern of resegregation that had been characteristic of the South Side. The challenge to maintain integration was sensed by most of the community’s 40,000 residents.

Fortunately, Pat Stanton’s call to reinvigorate BAPA in 1971 had made a critical difference. Rather than the “a total lack of planning” that often occurs in communities where individual interests take precedent over the common interests, this community was engaged in “total planning” making sure every facet of life was attended to.

From 1980 to 1985, I was executive director of BAPA. It was a daunting assignment and has been the highlight of my professional career. Through the efforts of BAPA’s dedicated and creative board members and staff, committed elected officials, and more than a thousand generous volunteers, we made good on the promise of “total planning.”

At the time, the community’s greatest challenges came from the issues regarding schools, public safety, community building, and unfair housing practices. On each of these interconnected issues BAPA gathered the support of civic associations, churches and local businesses.

The educational excellence of local schools was essential. However, this was threatened as many families with public school students left the community and those families who stayed feared that the Chicago Board of Education’s mandate to desegregate neighborhood schools would lead to busing and the closure of low enrollment schools.

BAPA met the challenge head on. An education committee composed of eight public school parents and led by Barb Vick (for whom the Vick School is named) sought to make each public elementary school attractive and unique so current parents would want to keep their kids enrolled and ne families would choose them.

Numerous meetings with Board of Ed officials, PTAs and parents led to plan proposing that Vanderpoel, Barnard, Clissold and Kellogg become magnet schools and special 7th and 8th grade programs be created at Morgan Park High School. BAPA convinced the Board of Ed that our community could be a city-wide model. With full community support the plan was adopted and the schools thrived.

In the 1980s, when the Chicago Police Department proposed closing several stations, including the 22nd District, BAPA led the fight to keep the station open. Using its civic association networks and block representatives, BAPA flooded the community with petitions. In only four days almost 18,000 signatures were gathered. BAPA delivered the petitions when it testified at a special committee hearing at City Hall. The testimony included BAPA’s promise of more community action. In fact, BAPA had purchased 12,000 yards of CPD-blue plastic ribbon to be tied on every light post in the community until our station was no longer hostage to the “efficiency” plan. Fortunately, the ribbons were never used. (I still have a 100 yard roll in my home office as a reminder of the community’s successful fight for the station.)

Communication is a critical element in mobilizing community action, but it was just as important in BAPA’s goal of building a sense of “a village in the city.” In Sept. 1980, BAPA replaced its quarterly newsletter with The Villager. Monthly 15,000 copies were distributed free to every residence and hundreds more were dropped at the train stations for commuters to read on their way to work. Its purpose was to keep the community informed, promote engagement, support local businesses and our schools and ensure that BAPA’s perspective was clearly portrayed on issues.

Another very important initiative was the Neighborhood Involvement Program. BAPA identified residents on nearly every block to “NIP” problems in the bud. They were the community’s eyes and ears who called BAPA identifying problems or opportunities to enhance community quality.

BAPA addressed the dual housing market through education and litigation. Numerous block meetings were held to discuss issues of racial change directly and openly with whites and blacks together. BAPA also tried to persuade realtors to obey fair housing laws that had been put in place in the 1960s.

Realtors seeking to accelerate racial change used for sale signs and unsolicited calls to ask people to list their homes for sale as the tools of panic peddling. BAPA supported a ban on for sale signs and also secured signatures on anti-solicitation letters from home owners then served lists of the residents to dozens of real estate offices; when signers were solicited BAPA got the States Attorney to investigate cases and file lawsuits.

Despite these initiatives, racial steering persisted. BAPA realized that until all communities were open those that were integrated would be threatened by the injustice of steering. For this reason, BAPA partnered with the Leadership Council of Metropolitan Open Communities to “test” real estate offices. Matched couples of white and black were trained and then went to real estate offices to see whether each couple received the same real estate listings. When blacks were given only information about integrated neighborhoods and whites were given listings in nearly all white communities, the law was broken.

In Nov. 1983, BAPA filed four law suits in Federal court charging discriminatory real estate practices. BAPA lost the first case brought to trial but the other suits ended in settlements. Most importantly, BAPA’s initiative gave notice to all realtors that racial steering would not be tolerated.