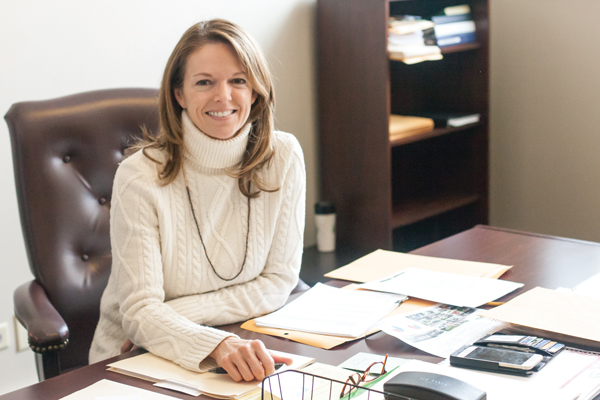 The Board of Directors of the Beverly Area Planning Association (BAPA) today announced that Susan Flood is moving on from the role of BAPA Executive Director to pursue other opportunities and BAPA has promoted Mary Jo Viero to that position.  “It has been a real privilege to be able to give back to a community I love so much,” Flood said.

“Susan has been an outstanding leader for BAPA,” said BAPA Board President Maureen Gainer Reilly.  “We were delighted when she made the commitment to serve BAPA for two years as executive director.  In that time, BAPA has benefited greatly from her knowledge and experience. While we are sad to see her go, we wish her all the best in her next endeavor.”

During her time at BAPA, Flood enacted new procedures and technology to make the office operations more efficient; established valuable new relationships with community partners; expanded the scope of important committees working in the areas of economic development, housing and schools; oversaw projects to manage and improve the BAPA building; and energized engagement with volunteers, organization members, and donors.

“In the two years since I started, I’ve seen an increased awareness, respect and even excitement about BAPA’s role in the community,” Flood said. “It has been an honor and a privilege to get to know and work with the BAPA Board, staff, volunteers and members, and I look forward to continuing to partner in promoting this amazing neighborhood.”

A longtime Beverly/Morgan Park resident, Mary Jo Viero began her service to BAPA as a member and volunteer, then joined the Board of Directors in 2015.  Viero seized the opportunity to join the staff as a Community Organizer in 2016, confident her skills could better benefit BAPA as a staff member.

Before coming on Board at BAPA, Viero was an active member of the National Multiple Sclerosis Society – Greater Illinois Chapter where she oversaw the development and launch of programs targeted to caregiver education, community awareness and fund raising. Viero also led the vision and establishment of the chapter’s Junior Board and served as program leader and president.

As a community activist, Viero initiated the founding of the Ridge Park Advisory Council and serves as president; is a member of the Castle Restoration Taskforce; was active on committees at St. Barnabas Parish; and served as a member of the Executive Board of Beverly Ridge Homeowners Association.

“My motto is ‘Put your passion into action,’ and my goal is to empower our community to do just that,” Viero said. “Together, we can make Beverly/Morgan Park stronger and more vibrant than ever.”

Viero invites people to contact her with questions and ideas. Call 773-233-3100 or email mjviero@bapa.org.

PrevPreviousNeighborhbood Notes – Events for January 2020
Next19th Ward, BAPA Reach Out to Seniors with Technology Survey Next