A Tiny Coffee Bar With a Big Mission 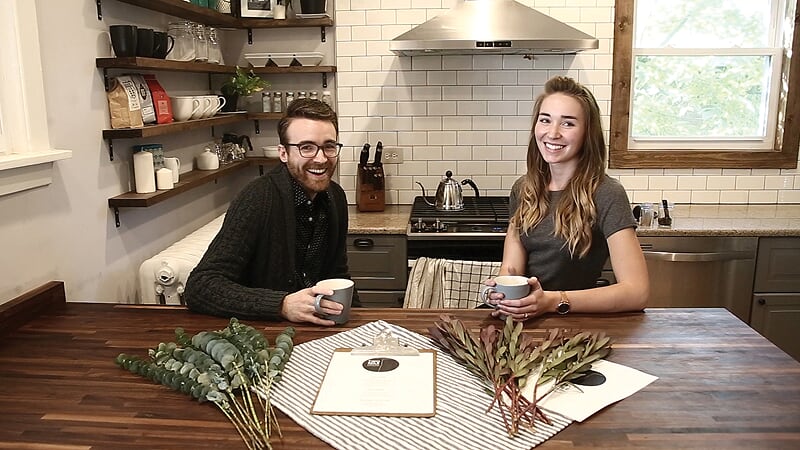 Nate Hollister and his sister Gretta Dertinger have a shared passion that set them on a mission to open a tiny specialty coffee bar in the 95th Street Metra Station.

Hollister, an architect, moved to Beverly/Morgan Park four years ago with his wife Sonia. Dertinger lives in the suburbs and manages a high-end coffee shop. They created a knock-out Kickstarter campaign that more than met its goal, and, with Metra officials on board and everything in process for building permits and business licenses, they are on their way to open the Two Mile Coffee Bar in January.

Two Mile Coffee Bar will serve Intelligentsia drip coffee and espresso, teas and pastries, and be open during the commuter rush, 6 to 11 a.m. Mon. through Fri.

But this story is just as much about our community as it is about coffee.

Hollister grew up in Joliet and frequently took the Rock Island on visits downtown and to IIT where he earned his degree in architecture. The train rides brought him right through the heart of Beverly/Morgan Park where the scenery was filled with big houses, big trees and six Metra stops.

The Hollisters were living in Logan Square when they started looking for homes in Beverly/Morgan Park. The couple was expecting their first child, Emily, now 4, and sought a family-friendly community. A few months ago, the Hollisters welcomed their second child, Ellis.

“We wanted a neighborhood where you know your neighbors,” Hollister said. “It’s nice to know who lives across the street and have them want to know who you are, too.”

Hollister really appreciates the importance of our local Rock Island stops and is concerned about the future of the historic station buildings. He wrote on the Two Mile Kickstarter page, “One of the most prominent and unique features of the neighborhood is the Metra Rock Island train line and the small, mixed-use districts that surround it. Across a two mile stretch, six Metra stations help shuttle thousands of residents downtown every morning. Unfortunately for the community, these beautiful and architecturally-significant stations – [four] of which are Chicago Landmarks – have become underused instead of celebrated.”

Hollister called our neighborhood is an “anomaly” because there are train stations every four blocks. That doesn’t happen any place else in the city, maybe the country he said, adding that this service is not just about transportation, it’s about community connection. “It creates an atmosphere where you see your neighbors at the train station,” he said. “I think it has shaped Beverly as a neighborhood.”

His goal is that the Two Mile Coffee Bar will “activate and celebrate” the 95th Street station. “It will fill the building with human connection, enhancing the commute as well as the surrounding community,” he wrote.

Dertinger is the perfect business partner.

“This whole idea would not be possible without her coming on board and doing it,” Hollister said. “This is what she does for a living . . . This is what she really enjoys — serving people through food.”

Plans call for Dertinger to manage the coffee bar operations, but Hollister will be there every day. “It’s my station,” he said.