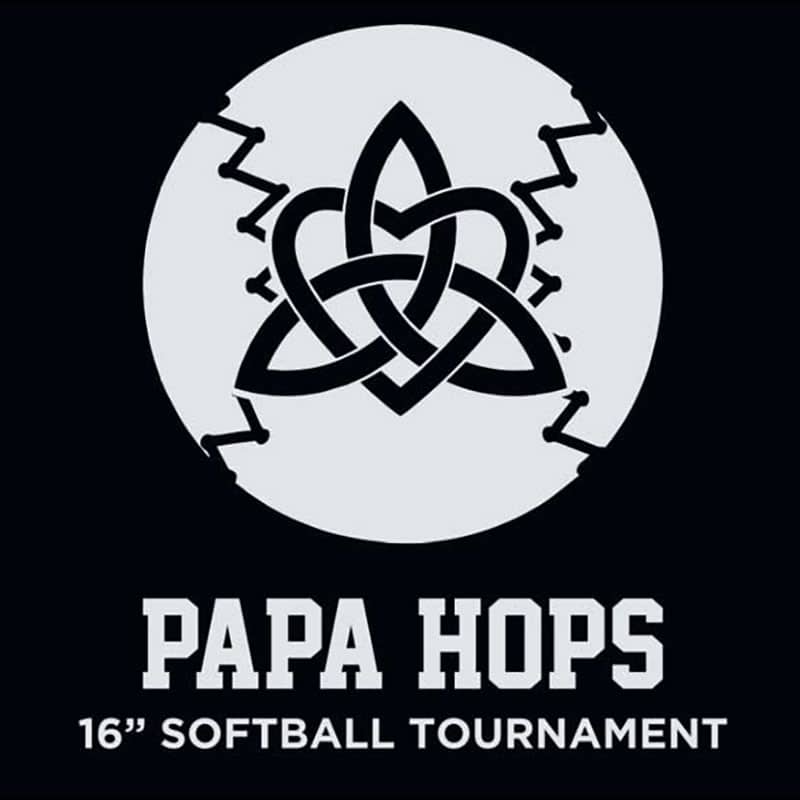 It’s safe to say that most people in Beverly/Morgan Park and Mt. Greenwood have been affected by Tom “Papa Hops” Hopkins in some way over the years. Papa Hops was an avid volunteer, especially in youth athletics, and was an overall fatherly figure to all who knew him. In the mid-1970s, he was diagnosed with melanoma and underwent chemotherapy, a new treatment at the time, to beat the cancer. Unfortunately, he was re-diagnosed with melanoma in January 2014, and passed away just nine weeks later.

To honor his legacy, Papa Hops’ children, Liam, Tommy, Martin, and Anne, and his wife, Marge, created the Tom Hopkins Foundation to help those affected by cancer and to support the community that Papa Hops loved so dearly.

The committee is filled with friends and family of Tom Hopkins, including Dave Amraen, Dan Bracken, Joe Campagna, Mike Haas, Sean Hopkins, Matt Hopkins, Brendan Lavin, and Nat Winters. Over the last eight years, $450,000 was raised, most of it supporting more than 50 families, and $40,000 donated to ten local Catholic grade schools.

“We were lucky that my dad didn’t lose touch of the father, friend, and person he was during his aggressive melanoma,” Liam said. “He was lucky to still have his mind.” After his death, Liam and his siblings decided to honor their father’s memory by giving back to the community. “We decided to raise money to pay forward the kindness shown to us during our dad’s battle,” Liam said.

They started the Papa Hops 16” Softball Tournament in July 2014. “We had 18 teams play on a Friday night at Kennedy Park and we raised about $12,000,” Liam said. That money was used to purchase a scoreboard at Kennedy Park, benefitting all youth sports played at the park.

The following year, 28 teams participated and the tournament raised $24,000. The Hopkins family decided to use the money to help families affected by cancer.

“That’s what made us form the Tom Hopkins Foundation, so we could assist families affected by cancer and support youth athletics,” Liam said.

Each year, the tournament has grown and brought in more and more money for the Foundation. In 2017, 32 teams participated at Kennedy Park, Beverly Park, and Mt. Greenwood Park.

“The guys on the teams are all from the neighborhood, and Oak Lawn and Evergreen Park as well. They like making an impact on local families,” Liam said. “The event is fun and competitive, and an overall great night. We’re striving to live out a mission that’s near and dear to our hearts in the name of a good man very involved in our community. That drove us to want to continue to pay it forward.”

The entire Hopkins family and their close friends are involved in making the softball tournament a success. From selling merchandise, Split the Pot tickets, and food tickets to monitoring the fields and making sure every team has what it needs, there’s a lot of organization to make the tournament as fun and successful as it is.

While all of the teams are men, it is a family-friendly evening, according to Liam. “This year, we’re having local food trucks, and activities for the kids, including a face painter, obstacle course, and bounce house,” Liam said. “We have babies to grandparents coming out to enjoy the night and raise money for a foundation that gives back to the community. It’s truly incredible and makes me appreciative of the neighborhood we live in.”

Families affected by cancer are encouraged to apply to the Tom Hopkins Foundation for a grant. Some families ask for money for a family vacation, or to help reduce the cost of their medical bills. Others ask for money to be used for their kids’ school tuition or other living expenses.

“Money won’t solve anything, but it shows them that we know what they went through with our father and it’s a never-ending battle. We want to help in any way we can,” Liam said.

The Tom Hopkins Foundation has given approximately $2,000 each to local Catholic elementary schools to support their athletics programs. Whether for field or gym maintenance, equipment, or any other athletic-related need, the money and support is welcomed.

This year, the Tom Hopkins Foundation is sponsoring and bringing back the South Side Catholic Conference All Star games for 8th graders in boys football, basketball, and volleyball, and girls volleyball and basketball. The Foundation will support with the costs associated with the games and will provide special jerseys to the participants.

“We are blessed and thankful to be a part of this wonderful community. We’re honored to be able to honor our dad’s legacy and show kindness and support for those who went through what we did,” Liam said. “We are grateful to be able to help people to let them know they’re not alone and we will continue to fight with them. That’s who my dad was and what we want to pay forward.”

Learn more about supporting or participating in the 8th Annual Papa Hops 16” Softball Tournament at PapaHops.org.