Donnell Hall, a 52-year-old area resident, had no family history of disease when he received a very rare cancer diagnosis in early 2016.  The otherwise healthy former college basketball player and print shop owner is the “glue” of his family. Their world was shaken when diagnosis was delivered.

In late 2015, Hall had been experiencing difficulty swallowing and catching his breath. He made an appointment with his primary care provider who performed a series of initial tests, then referred Hall to an academic medical center in Chicago where his greatest fear was confirmed. Malignant Metastatic Paraganglioma: Three words that neither Donnell nor his healthcare team had heard before.

According to the National Institutes of Health (NIH), malignant paraganglioma is extremely rare — in 2002, the estimated incidence in the United States was 93 cases per 400 million people. Diagnosis is a challenge, so in up to about 10 percent of cases — including Hall’s — metastases are already present at diagnosis. If left untreated, the prognosis is poor.

After a two-week hospital stay, providers at the medical center informed Hall that he may not have much time left, and began to discuss hospice and palliative care options.

“This was the most difficult conversation I ever had in my life,” said Hall. “I didn’t know what to do, but I knew I was not ready. As far as I was concerned, my fight had just begun and I was determined to fight for my life.”

It was at this time that Hall’s primary care provider referred him to M. Bassel Atassi, M.D., hematologist/oncologist and internal medicine physician at Little Company of Mary Hoapital (LCMH), who was willing and ready to lead Hall in his fight.

“Dr. Atassi wouldn’t take ‘no’ for an answer,” said Hall. “He is my guardian angel and the reason I am here today.”

Because this rare form of cancer was new to Dr. Atassi, Hall’s treatments were determined one appointment at a time. It was found that the cancer originated in Donnell’s chest. Over the course of a year, Donnell underwent local radiation to the main cancer mass, targeted radiation liver-directed Radioembolization treatments, and chemotherapy treatments. In April, CT and PET scans showed that the metastasis is shrinking with no new growths.

“I truly accredit our entire team for Donnell’s success story,” said Dr. Atassi. “None of us ever had encountered a patient with this type of cancer, but we all came together as collaborating physicians to create a customized treatment plan and ultimately save Donnell’s life.”

Today, Hall is grateful just to be alive. During treatment, he made the decision to close his print shop which has helped him to slow down and enjoy life. In spring, Hall and his family celebrated his overcoming cancer by going on a cruise.

“Before this diagnosis, I was one busy man… constantly on-the-go and rushing through life. Now, I just live life as I can. I take time to hear the birds,” said Hall. “The personalized care that I have received at the Cancer Center at LCMH has been indescribable and every person I have encountered has made me feel special and important. Little Company of Mary is like family to me. I am most grateful to my entire healthcare team, but especially to Dr. Atassi. He saved my life.”

To learn more about cancer care at Little Company of Mary Hospital, visit www.lcmcancercare.org. To make an appointment at the Cancer Center, call 708-229-6020. 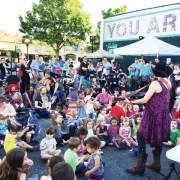 Back in the Neighborhood 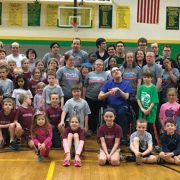 This Way to Running the 5K! How to Start a School Running Club 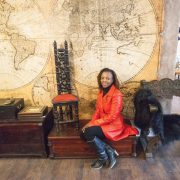