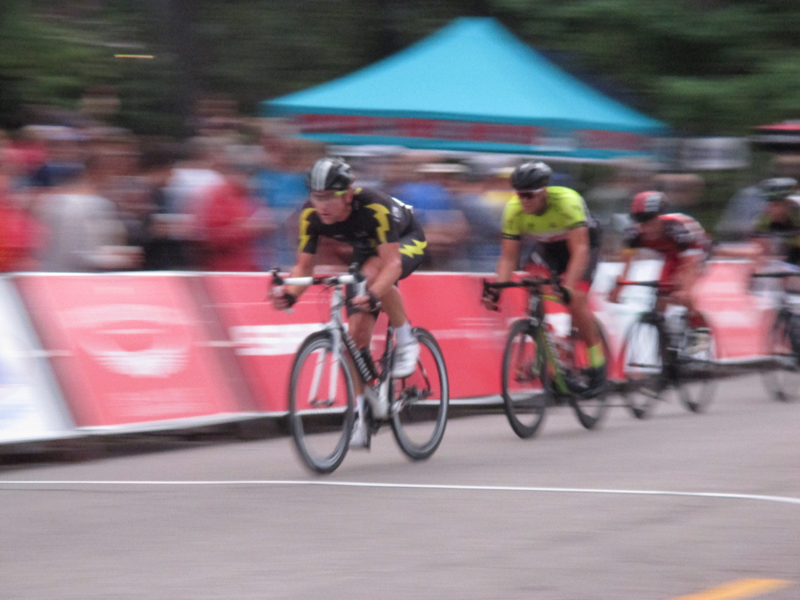 Four thrilling pro/am cycle races are the centerpiece of BAPA’s 15th Annual Beverly Hills Cycling Classic: Bikes and Brews on Fri., July 14. The first racing event in this year’s multi-day Prairie States Cycling Series Intelligentsia Cup, the races are sure to provide plenty of action for spectators all around the race course and plenty of fun in the festival area.

The start/finish and festival grounds are located at 107th and Longwood Drive, with the race course running in a one-mile loop south on Longwood Drive to 108th Place then up to Hoyne, down to 107th Street, over to Seeley, down 105th Place and back to Longwood Drive. The Bikes and Brews festival opens at 4 p.m. and races start at 4:30 p.m. Following the last race, Coyote Riot will take the stage and play until 10pm.

We admit it: At last year’s Bikes and Brews the lines were way too long and the supply of beer was way too short. That won’t happen again! “Lagunitas Brewing has stepped in as our beer sponsor, and they’re donating several kegs of beer,” said BAPA Executive Director Margot Holland. “That donation takes some of the burden off the area microbreweries what will also be pouring their craft beers at the festival.”

“Based on our experience last year, we’re expecting a huge crowd to join us at this exciting summer event – and we’re ready for the crowd!” Holland said.

Festival goers will also be able to purchase wine and soft drinks.

Area fans of rockabilly and bluegrass won’t want to miss the live performance by Coyote Riot that begins at 8:30 p.m. The festival area will remain open until 10 p.m. for music, brews and socializing.

Founded in 2012 as the Prairie State Cycling Series, the Intelligentsia Cup brings competitive bicycle racing to the Chicago metro area, featuring top-level professional and elite amateur athletes. The Beverly Hills Cycling Classic is day one of the nine-day series, and this year will add a professional men’s race that’s sure to step-up the action.

Area residents and businesses can also add to the racing excitement by donating primes — cash prizes awarded to the winner of a lap. Only one person can win the overall race, but several riders and win prizes throughout the races.  The amount of primes available to win is a strong incentive for elite riders to participate. The more competitive the event, the more exciting the action for spectators!

Primes are collected in increments of $200, $100 and $50 and donors have their names announced over the public address system during the race. The deadline for donating a prime is Mon. July 10. Call 773-233-3100 or email mholland@bapa.org for information.

Area residents are invited to ride their bikes to the event and join the fun for a half mile family ride on the race course at 7:05 p.m., between the women’s race and the final pro men’s race. Participation in the family ride is free. All riders must wear helmets and all children must be accompanied by adults. A free bike valet will be provided at the festival site.

Don’t miss the chance to win a brand new bike donated by Beverly Bike and Ski! Tickets to BAPA’s Bike Raffle will be available at Bikes and Brews.

Beverly Bike-Vee Pak Racing Team returns as presenting sponsor of the Beverly Hills Cycling Classic. Underwritten by Beverly Bike and Ski and Vee Pak Manufacturing, the racing team is composed of several amateur riders who compete in races throughout the area.

BAPA hosts the Beverly Hills Cycling Classic as a community-building summer event, the suggested donation for admission to the Bikes & Brews festival area is $5 and supports BAPA’s community-based programs.

For more information or to volunteer to help with Bikes and Brews, call 773-233-3100, sign up on the Bikes and Brews event page at www.bapa.org or email bapa@bapa.org.